Dylan was out and about in the front yard today. He did his rounds of the neighbour's porch -- and then fell prey to the call of the squirrel (when the squirrel should actually BE the prey). There's been so many pictures of the squirrels lately though, that I didn't want to involve them in another post right now.

So, these pictures just show Dylan "on the alert" here, there and efurrywhere in the front yard. He did give chase a couple of times, and I think he's the fastest of all the 3-Ds.

However, Dylan in his quest was posing very nicely for me, so I managed to get some very instinctive shots of him (his instinct, not mine!) -- he definitely looks like a wildcat on the prowl.

Dylan is dashing in both senses of the word -- he is quite fleet of foot as he dashes about his domain, and he is also quite the handsome, adventurous fellow -- so dashing in both spirit and looks.

And dash it all -- I just realized I use a dash all too frequently when writing -- Dash that darn dash!

P.S. There are twelve new additions to the LOLSpot, titled "Encore, Encore!". To get there, just click on the LOL Icon, second from the top on the left to check them out. 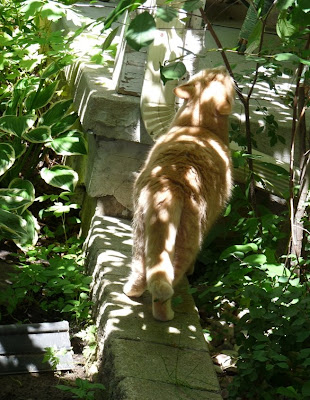 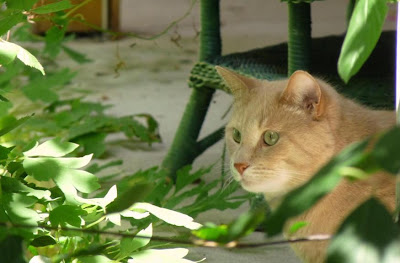 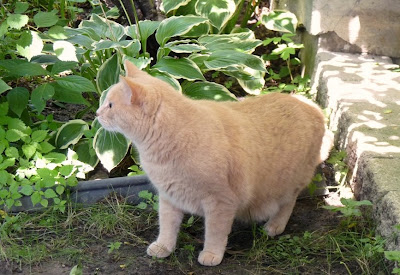 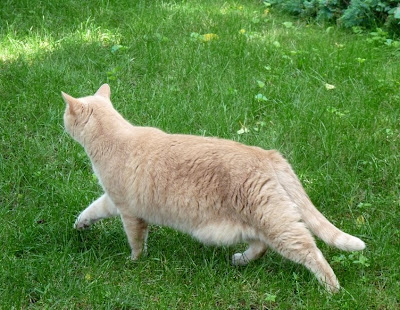 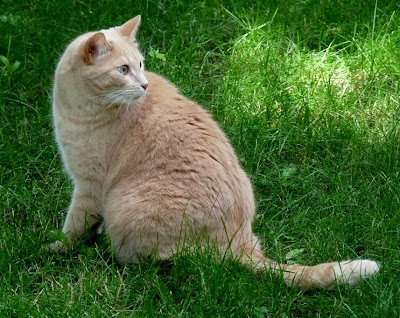 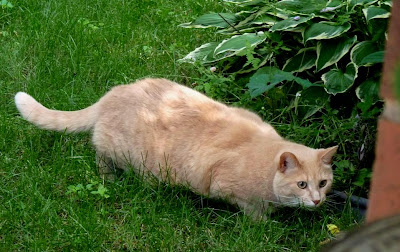 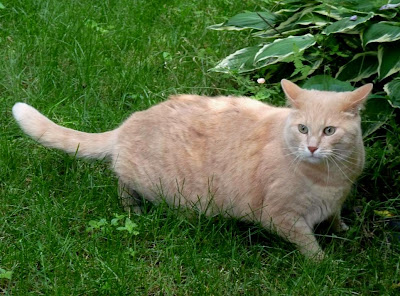 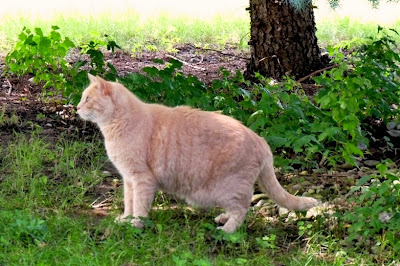 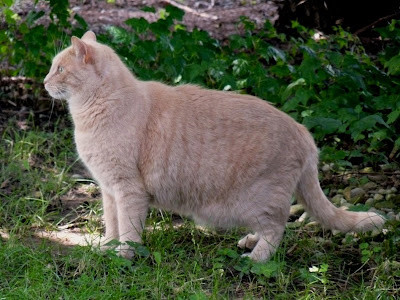 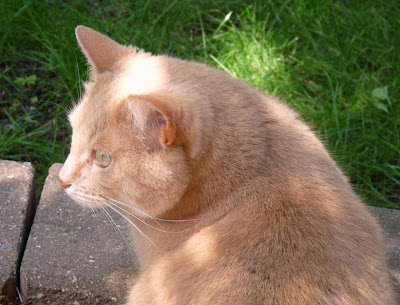 Dylan is so very dashing!

Dashing is right. You're a handsome boy!

He looks like a wildcat on the prowl or hunt!

Dylan, you are so handsome.

Dylan, you're definitely dashing! Your 'alert' face is priceless

Dylan, you remind my mom of her beloved Maxfield. That wondeful handsomeness and apricot colored fur!

Dylan looks wonderful - he is such a pretty kitty! He definately looks like he is doing some serious investigating.

Dylan, we can see that you are keeping your yard safe from all those evil squirrels!

Love the first photo of Dylan dappled in the sunlight... The looks like a stalking Mountain Lion in the grass... FURRY nice photo shoot of that Dashing Dylan!

Even though he gets overshadowed by his big brother Dante Dylan here is one handsome mancat!! Love ya too Dylan and Domino too!