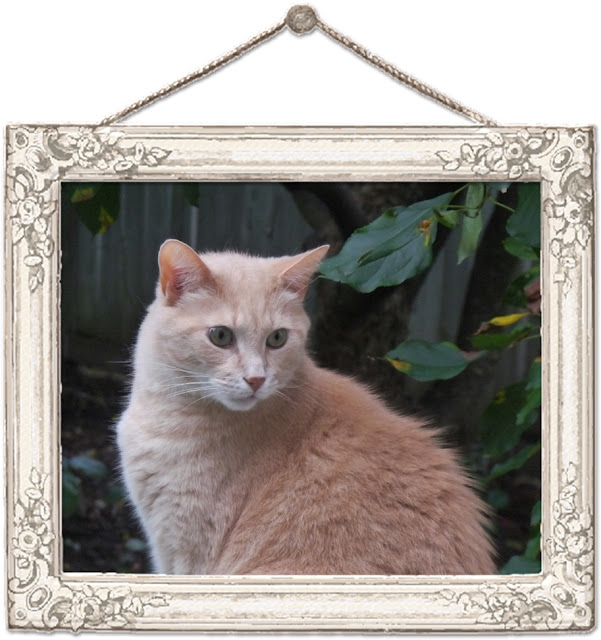 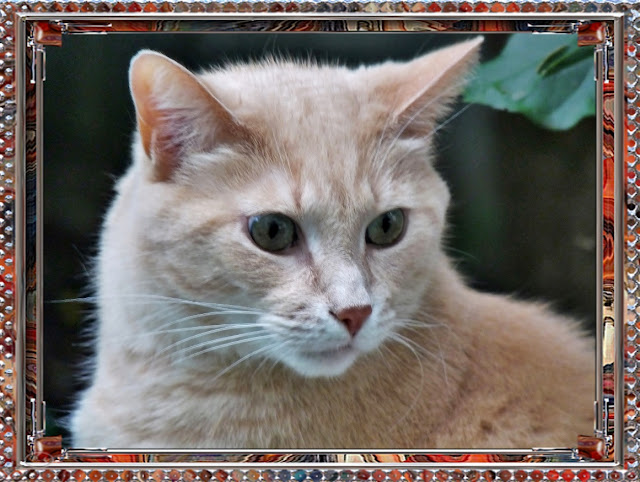 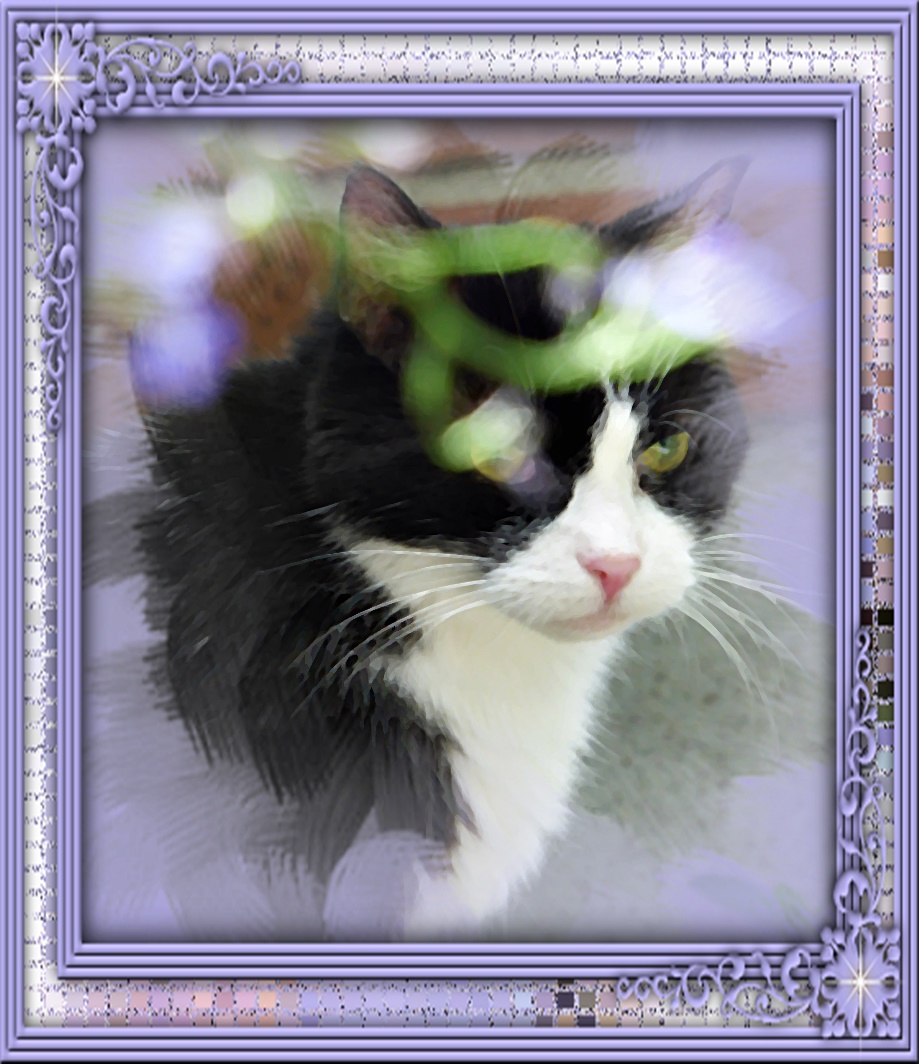 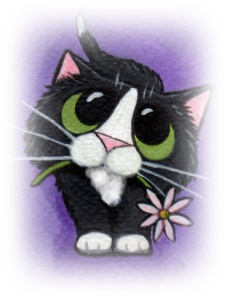 Dylan's outside on the deck bench in August 2015. 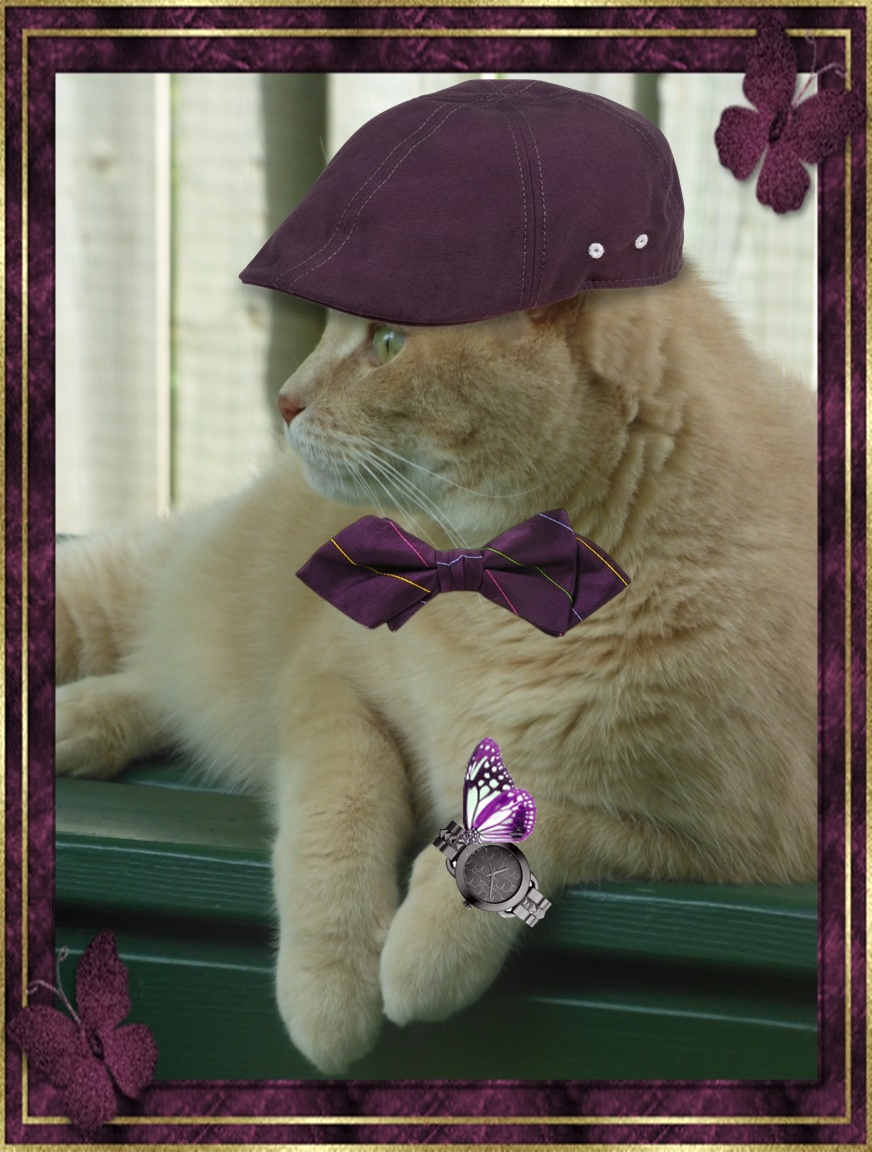 He's sporting a PURRple cotton flatcap and a coordinating bowtie with thin multi-colour stripes.  On his wrist is a trendy gray steel Lagerfeld watch.

Ironically he's so busy daydreaming that he hasn't noticed the butterfly which has alighted on said watch.  In other words he's not 'watching'! 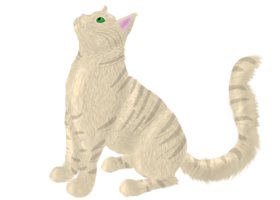 The moral of the story is:  You'll never get butterflies in your stomach if you don't keep watch!

Here are some rather ethereal photos of Domino from August of 2012. 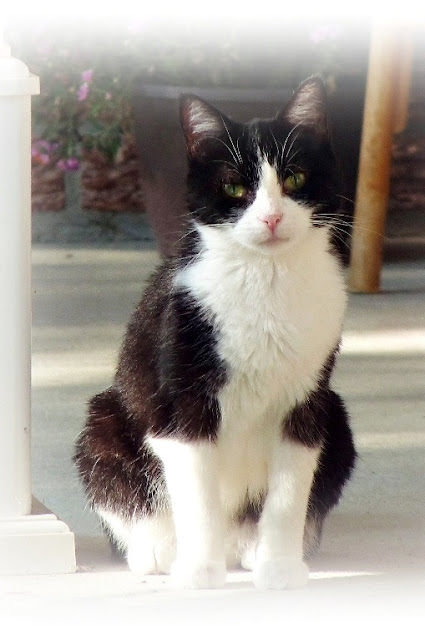 Taking a stand on the neighpurr's front porch 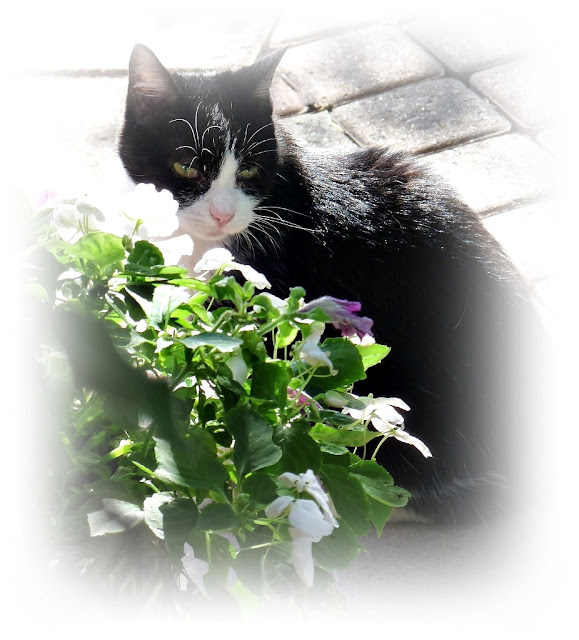 Inhaling the scent of summer 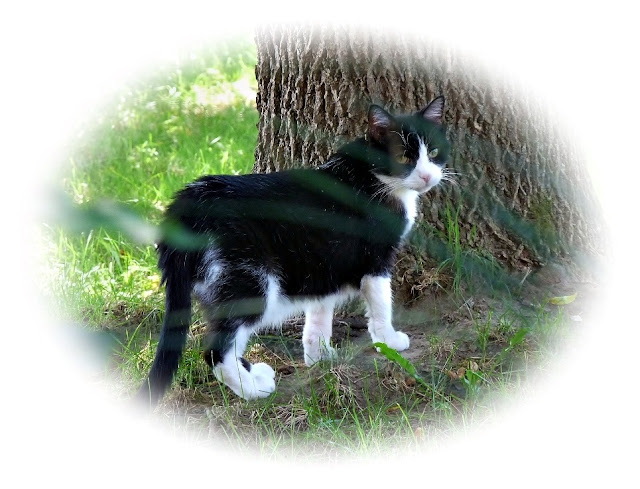 Barking up the right tree 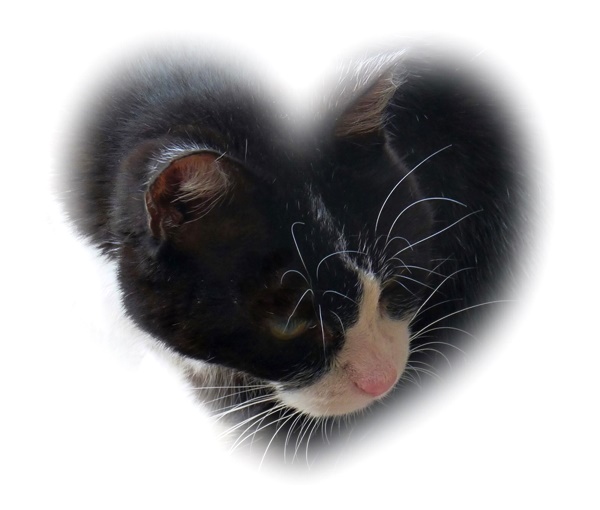 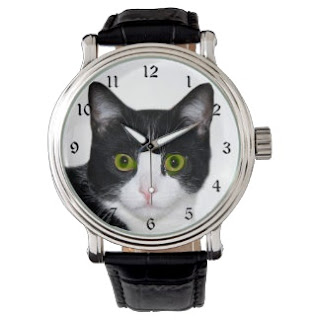 Domino is a cat for all time! 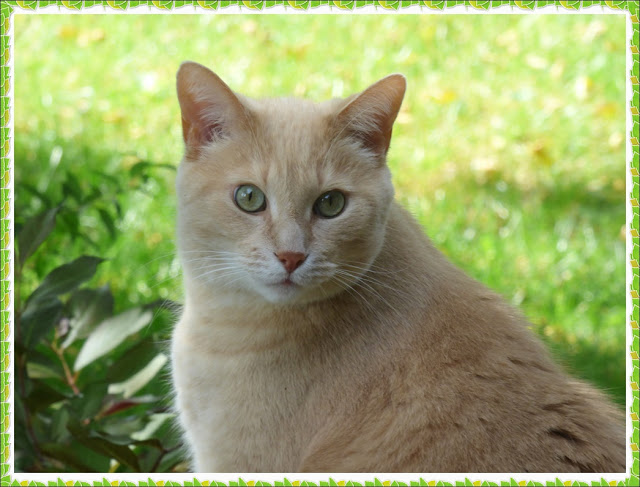 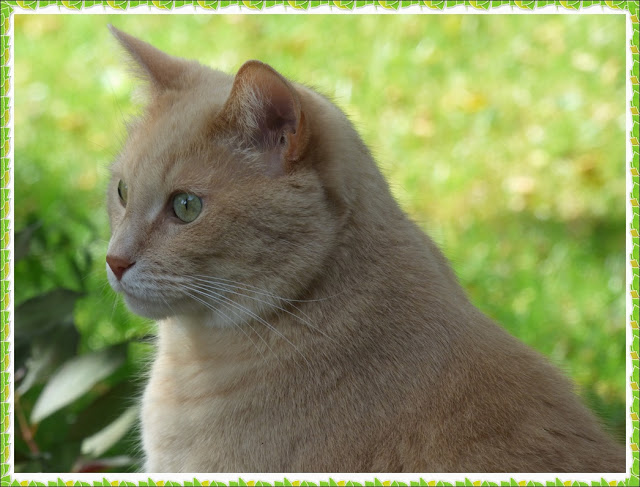 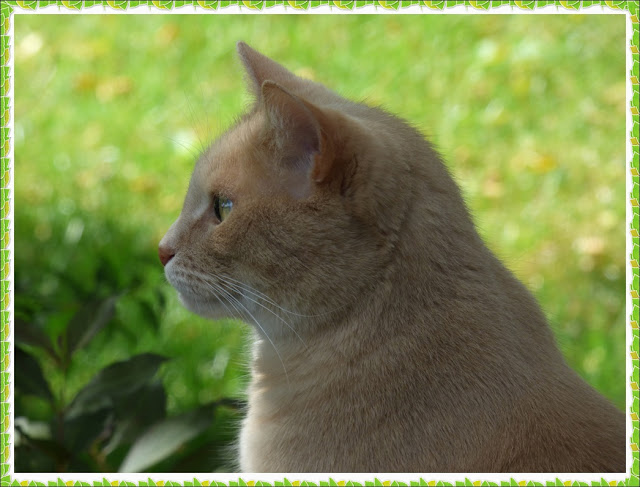 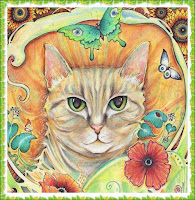 Domino is all hatted up in this picture from August 2016. 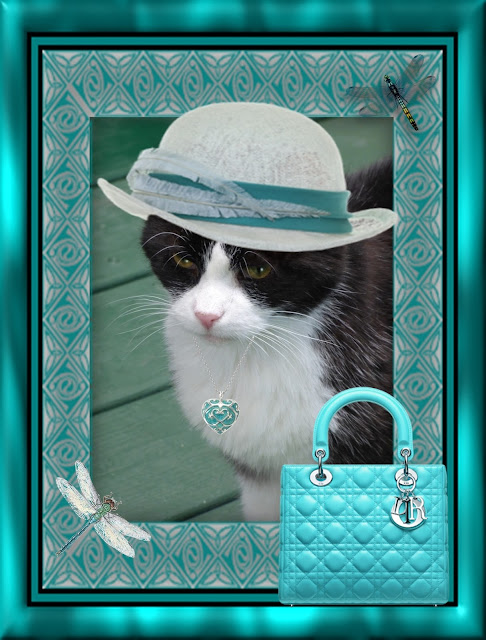 She is wearing a lovely white hat in a light weave with teal band and gossamer feather, all quite reminiscent of a dragonfly's wings.  Around her neck is a deliCAT silver necklace with filigree teal heart pendant, and her coordinating handbag is a padded leather Christian Dior design.

No wonder those dragonflies are doing a fly-by!

DYLAN: IN NO SENSE!

Here are two pictures of Dylan on the front patio in August of 2013.  In both of them he is looking quite wide-eyed and innocent. 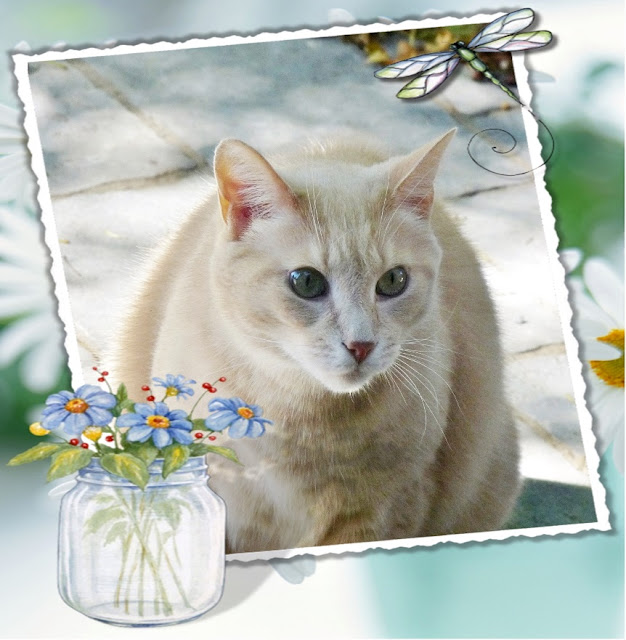 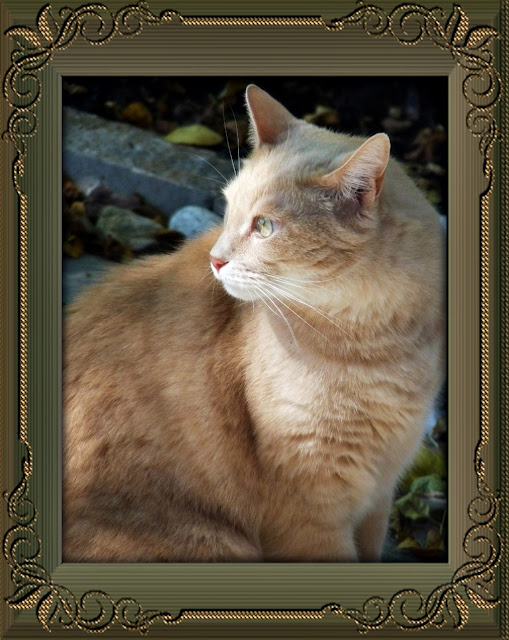 "At leest not anyfing I wanna talk about."

Innocent?  IN NO SENSE!

What dark things has Dylan really been up to?

Your guess is as good as mine. 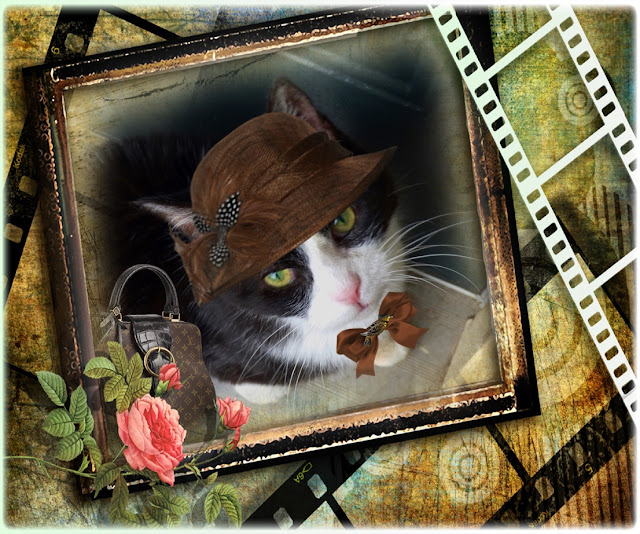 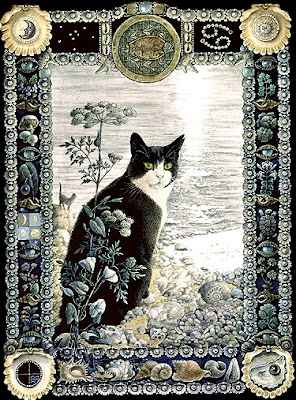 WORDLESS WEDNESDAY WITH DYLAN: SOMETHING TO SNIFF AT 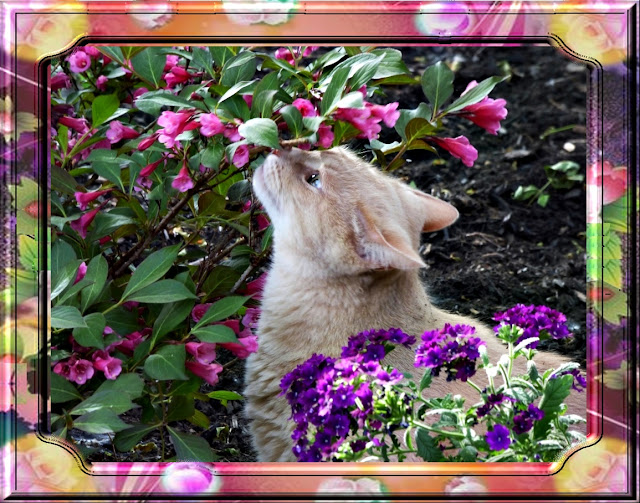 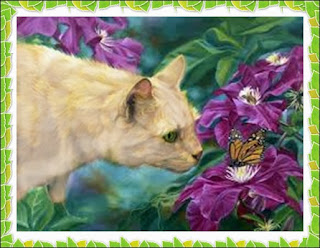