Ah, it's another Halloween and the 3-Ds are all dressed up and ready to go! 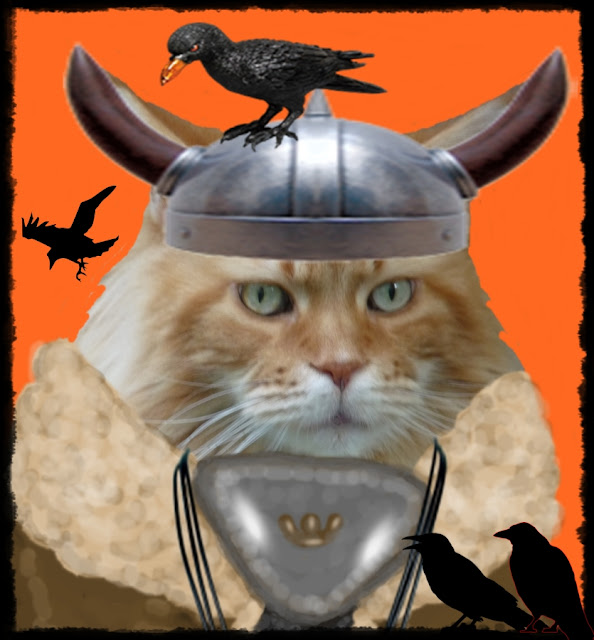 Dante is King of the Vikings, though this looks like a scene out of Alfred Hitchcock's "The Birds". "Bird droppings ain't no gummy bears!", says he.  How very profound, King Dante! 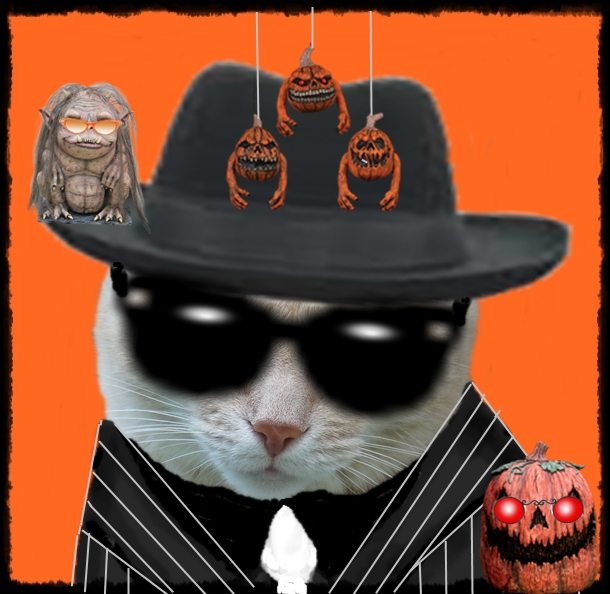 Dylan is an old-fashioned mobster, so he's accustomed to going inCATnito!  "If yoos noes wots good fur ya, jus' FURGEDDABOWTIT", threatens he. 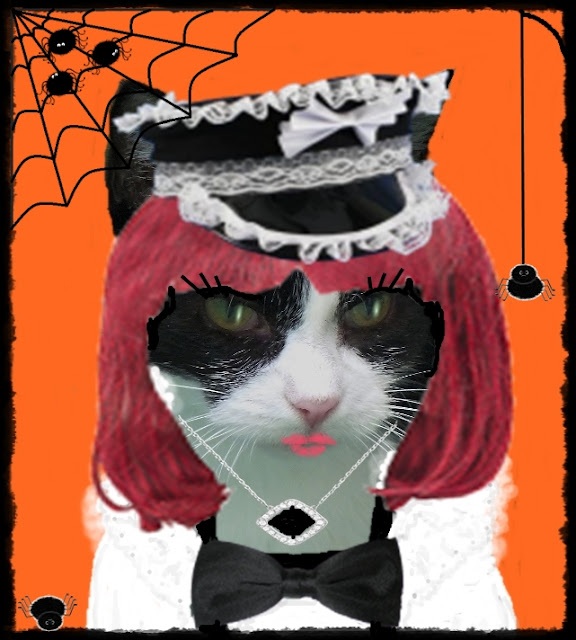 Domino is a sexy French maid who doesn't seem to know much about cleaning.  "I'm not adFURSe to a liddle smut now an' den", she says PURRovoCATively.


Tonight is a little different because for the first time, Dante, Dylan and Domino are all going trick or treating with their sweethearts, as a group.  Milo's brother Alfie and his honey, Cory, are also part of the gang.

The couples have dressed to complement each other.  Compliments go a long way, especially on a night like this! 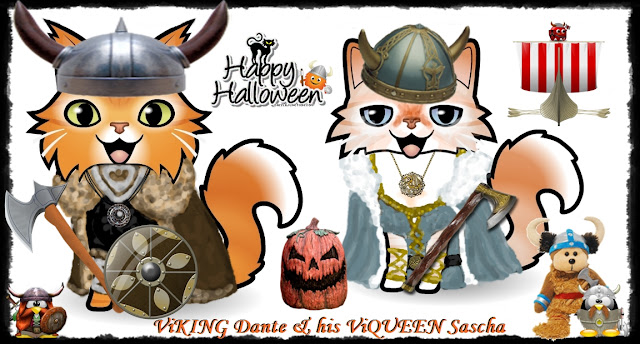 The ViKING Dante is accompanied by his lofurly ViQUEEN Sascha.  "We'll pillage your village", they say "unless you come across with da goodies!  Is that really too much to AXE?" 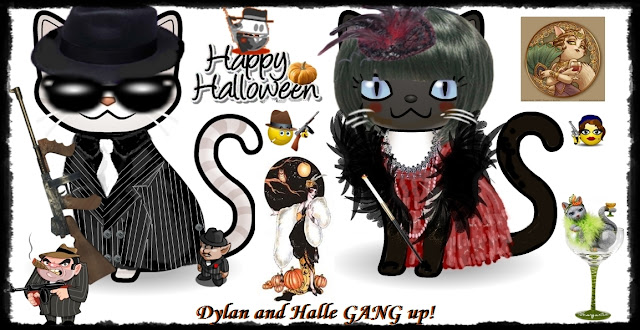 Dylan "The Dastardly" is on the run with his honey, Halle.  They fancy themselves like "Bonnie and Clyde".  Before knocking over a bank, downing a couple of shooters always hits the spot! 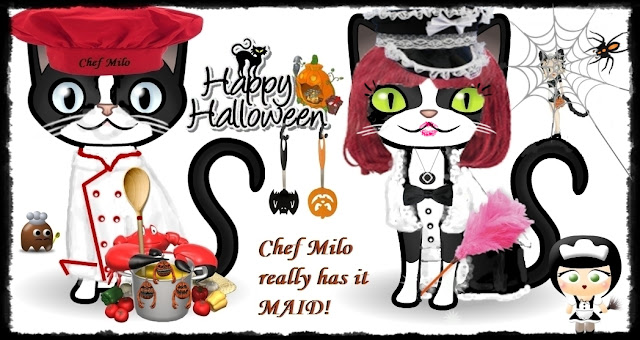 Chef Milo has met his match in comely French Maid Domino.  They never argue.  The only spats they engage in are 'SPATulas'!   "Dey're good fur whackin' spidahs, as well as flippin' ham", says Dommy.

Milo and Cory are taking a page out of "Harry Potter" and dressing up like WHIZards-in-training.   They can always get a whiz out out of their magic brooms, but still have to go to the loo if they need to take one.  Such things happen when you mug like a muggle.

Here is Domino outside on the front walkway just being herself. 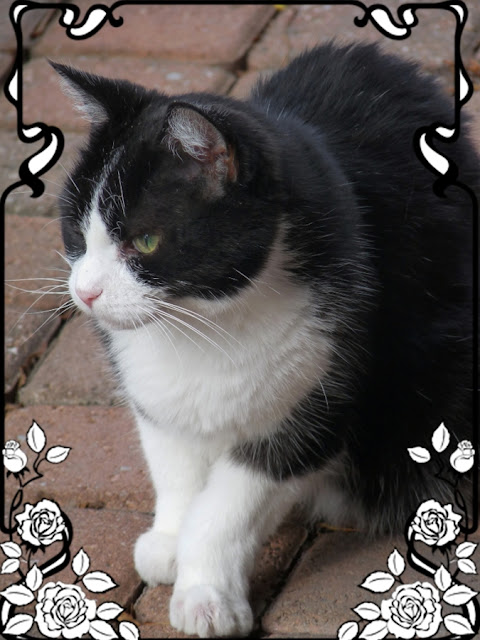 You will notice the elegant pose with her front leg just slightly turned out. 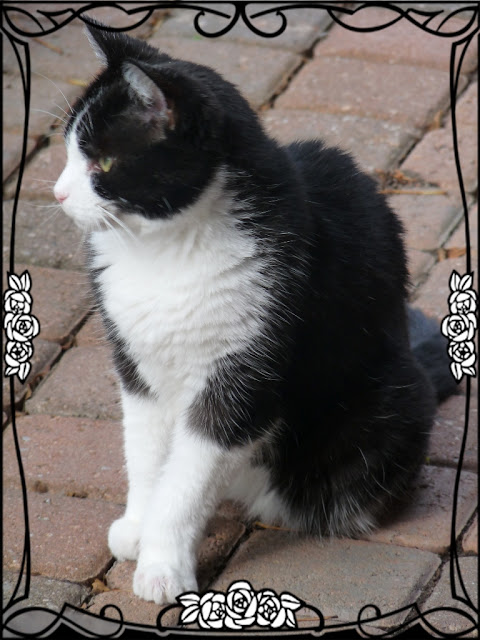 Domino is nothing if not stately and thoroughly composed. 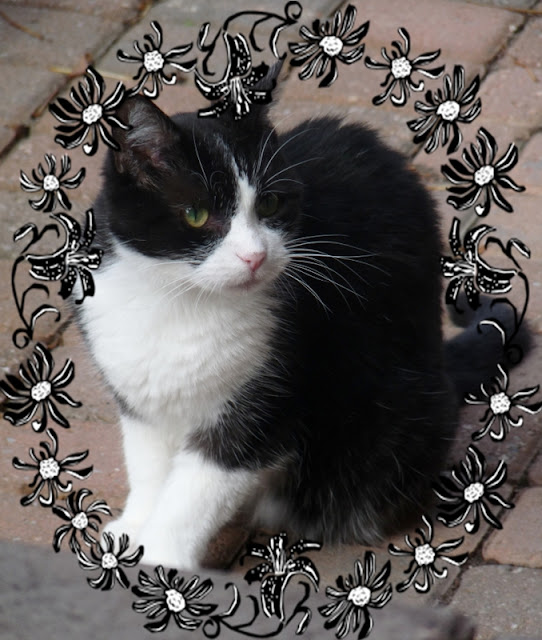 Every shot is picture PURRfect! 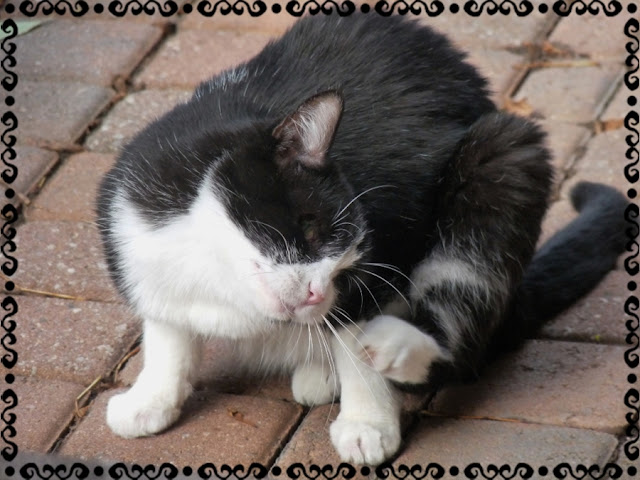 I was going to say that even Domino is human (but she's not). 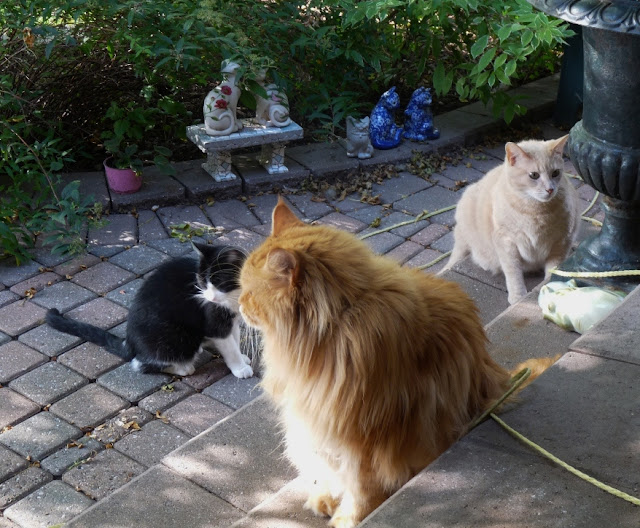 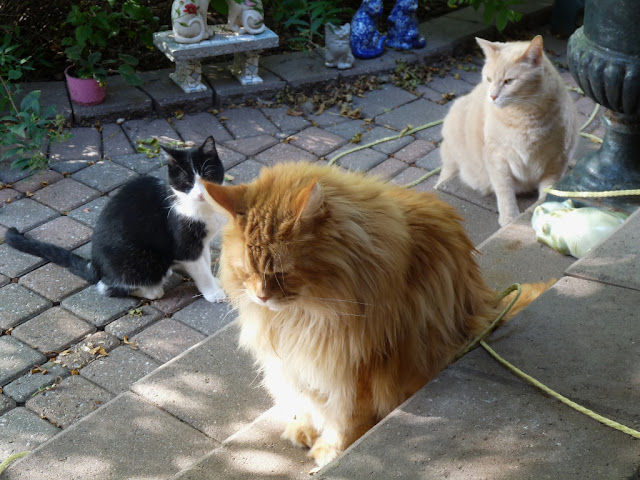 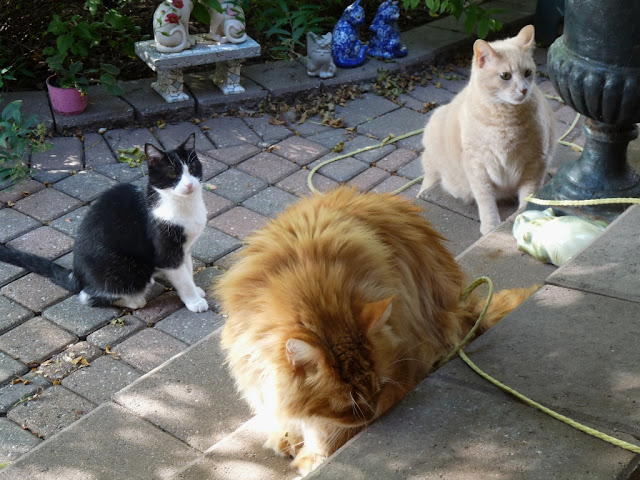 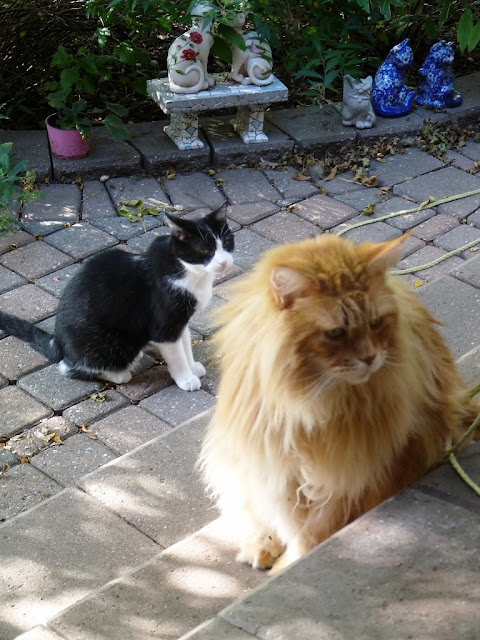 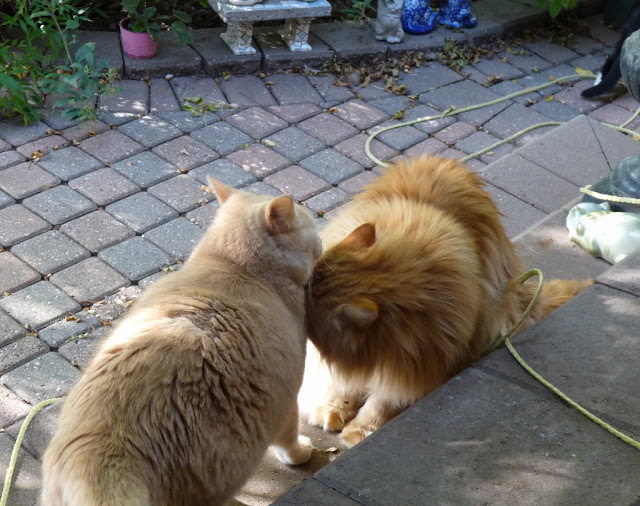