DOMINO AND MILO: A LOVE STORY IN PICTURES 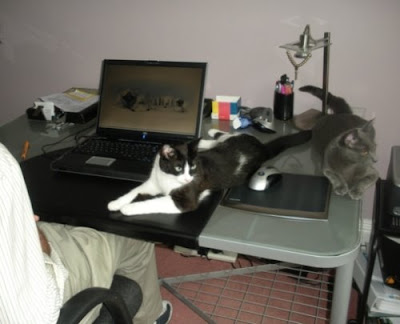 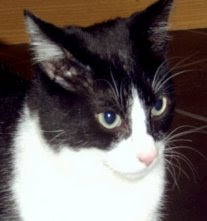 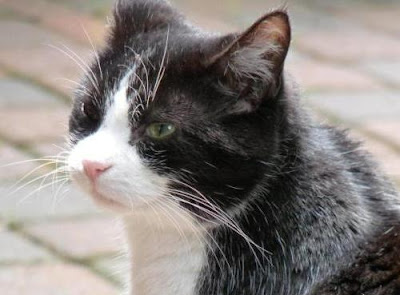 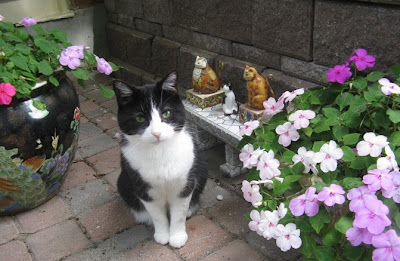 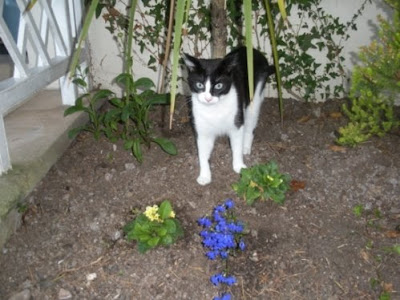 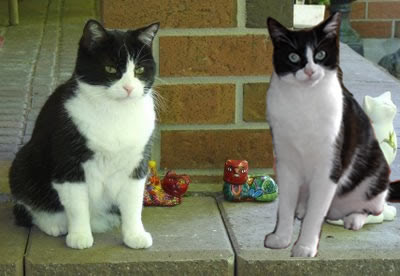 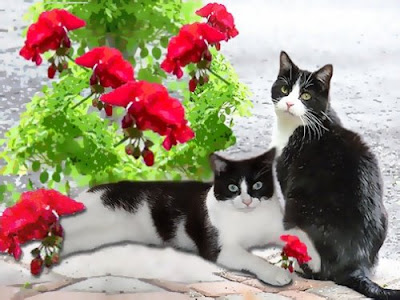 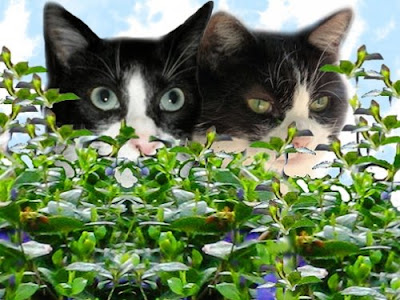 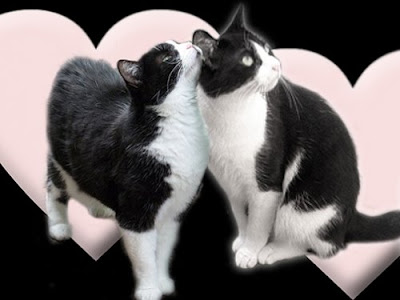 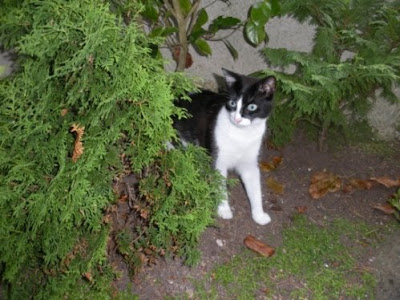 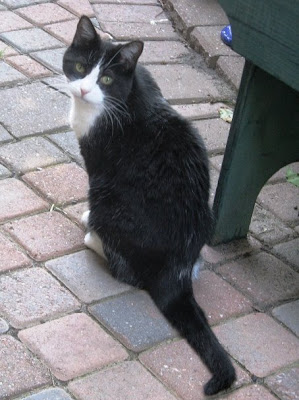 First there was Domino. She was just hanging around on the internet minding her own business. Then there was Milo. He was just enjoying a lazy afternoon with his brofur Alfie and his Dad on the desk in his office.

In Ottawa, Ontario, Canada while Domino just happened to be looking at Milo's blog, at the same exact moment in Sidmouth, Devon, UK, Milo glanced at his daddy's computer and there was Domino up on the screen, larger than life! It was as if lightning struck on both sides of the Atlantic!

Milo's fur stood on end and his ears went back and then Domino's did likewise. The electricity (or is that electri-kitty?) was palpable. It was love at furst sight!

Domino went out in her garden in Ottawa to communicate telepathically with Milo who, at the corresponding moment went into his garden in Sidmouth. The plans were set for a furst date at the earliest oppurrtunity!

Milo was expurrienced in teleportation using his boogie-mat and some magic words so he flew over the ocean forthwith to meet Domino on her own front porch! Although, at the beginning they were both very shy, it didn't take long before their magnetic emotions drew them together, and love blossomed!

Unfortunately, reality intervened and Milo had to return home across the pond, where he is back in his garden pining for Domino, as she thinks of him so many, many miles away and yearns for his touch.

Milo carved his name and Domino's in a tree on their propurrty in Sidmouth as a constant reminder of his love. He sees Domino often on the internet, and Domino is taking boogie-mat lessons before she gets her teleportation licence. In the meantime, they suffer the pain and heartache of a long-distance relationship, and plan for the future when they will meet again.
Posted by CCL Wendy at Saturday, July 11, 2009

I love the photos of us and our story. Smooches from your very own Milo-kins xx

How adorable you two are! Love the one with the pink heart behind it! Domino could not have chosen a better Mancat than Milo-kins. tee-hee

We really enjoyed this love story!!! What a purrfect couple!

Aw, you two are so cute together! And you almost match!

Milo and Domino look like they were made to be together!

So glad you found each other online!

You two are very cute together!

I think you are the cutest couple.

Oh they make such a cute couple!