Milo was scheduled to fly over on his boogie-mat to see Domino today. His ETA was around noon -- just in time to have lunch with his beloved before he must turn around and navigate homeward once again.

Domino is waiting anxiously for Milo on the front walkway ... 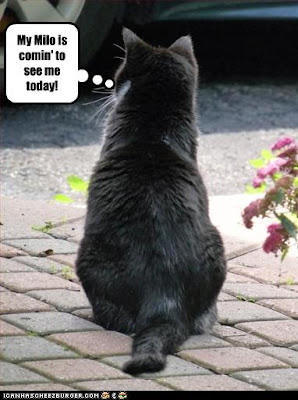 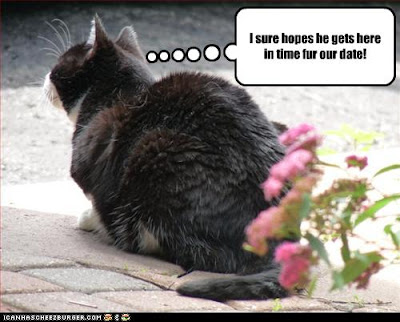 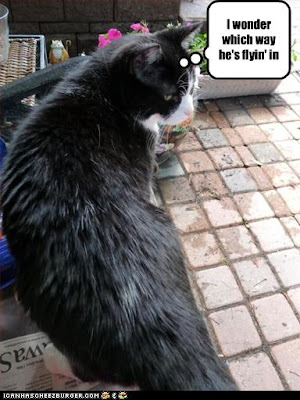 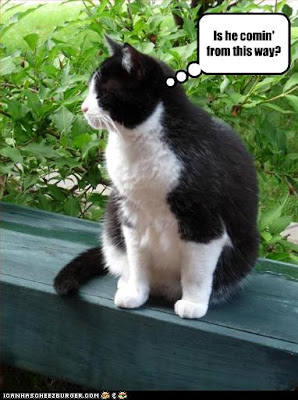 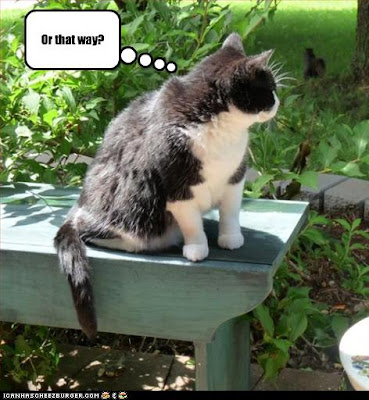 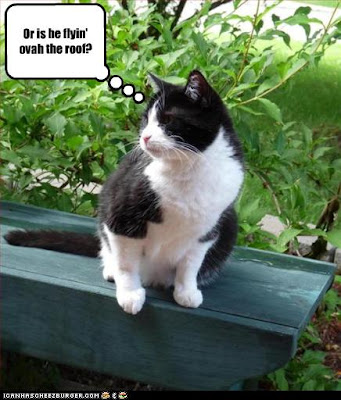 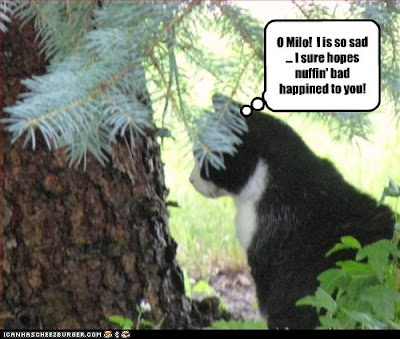 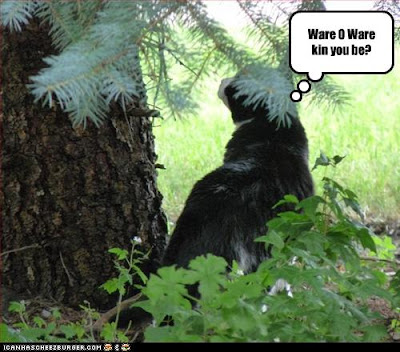 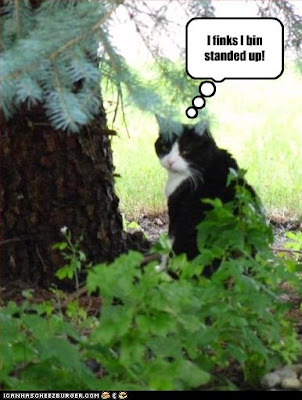 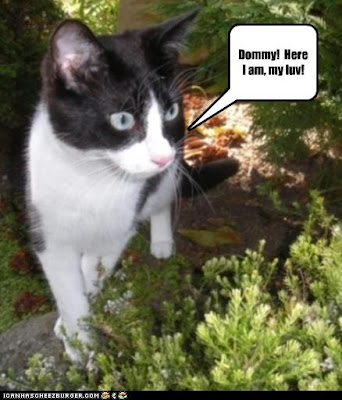 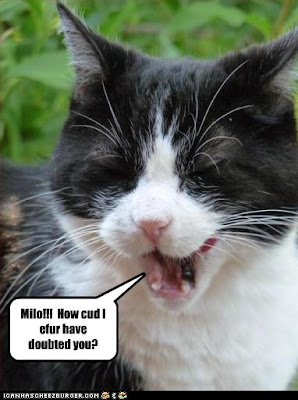 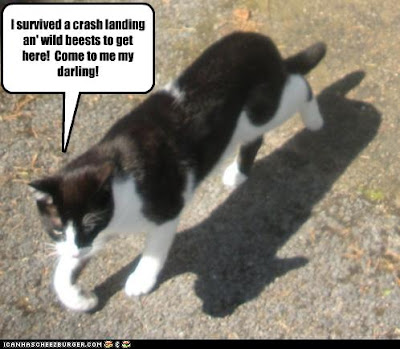 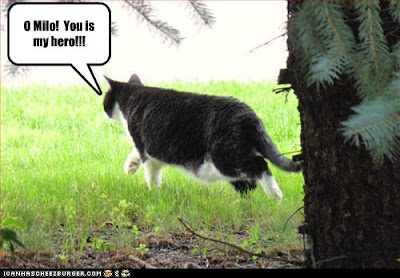 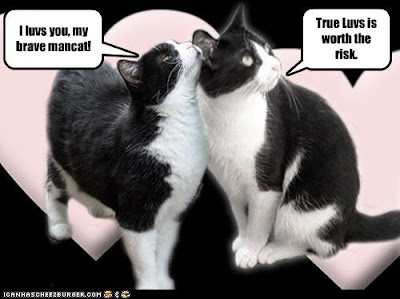 Now that we know that Milo arrived safely and is snuggling with his love-kitty, we can turn our attention to the question which arose yesterday, which was: Whatever could it be that Dylan and Dante spied through the bushes? This is what they saw from their vantage point low to the ground and through the leaves. Could it possibly be Domino? 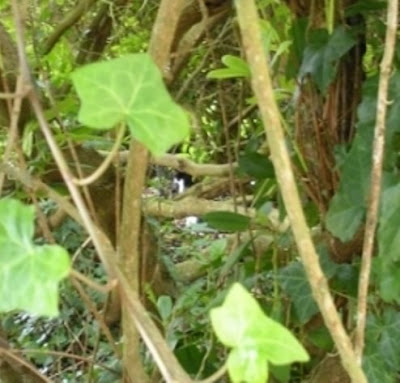 NO,IT WAS MILO!!!! Milo was flying over to meet Domino for their date, when he crash-landed in the bushes in our back yard instead! That is when Dante and Dylan were alerted and immediately went to investigate. At first, they could only see a tangle of black and white, and thought it was Domino!

They were so surprised, because they had just seen Domino inside the house. How on earth could she have managed to get into the bushes ahead of them?

And then Milo emerged, but was somewhat taken aback by the appearance of two giant wildcats. One looked rather like a cougar, and the other was a huge, ferocious lion! 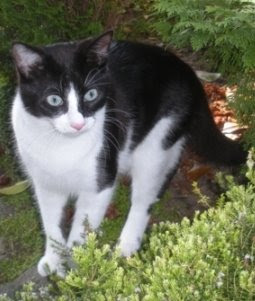 Fortunately though, Milo wasn't hurt at all and escaped quickly, scaling the fence to arrive in the front yard to find Domino pining under the pine tree for him.

Dante and Dylan were left to wonder what had just happened! They still couldn't tell the difference between Milo and Domino and thought they were one and the same. Milo left in such a burst of speed that he was all but a blur.
And this is both the end of yesterday's tale and the beginning for today.

P.S. We have a new feature on the LOLSpot today about some new kitties who just joined the CB. The title is "Keiko, Luna T. Katt and Smelly Dog!". Just click on the LOL Icon, second from the top on the left to take you there.
Posted by CCL Wendy at Tuesday, July 21, 2009

Wow Milo is a furry brave ManCat. We can see why Domino loves him!

That is quite the love saga! Milo has to get past the big broFUR kittehs! That's always hard for any suitor! Such a terrific tuxie- Tuesday Tale!!!

Well, we think that if Domino is going to pine, under a pine tree is the place to do it! Really, she should never doubt her man Milo!

What an exciting visit!

Wow! Milo! You sure get around a lot! I hope you enjoyed your date.

That is a very good love story! We have trouble telling the love birds apart, too.

It was lovely to visit yoo. You are the sweetest Tuxie girl effur!

All is well that ends well...glad to see the two love birds got together after all that trauma.

What a sweet love story!

Oh we do like a good love story. Milo is very brave to fly over the big pond on his magic boogie mat.

Nothing can stand in the path of true love! I knew Milo would never stand Domino up!

Awwww Domino you is so lucky to has your brave mancat Milo comes to visits you, you both very cute togethers!

Oh such a good story! Domino and Milo make such a cute couple! I am glad they had their visiting time together.

Hello friend! how do you do those fun thought bubbles that you have done?!