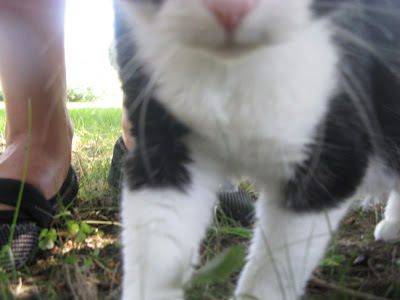 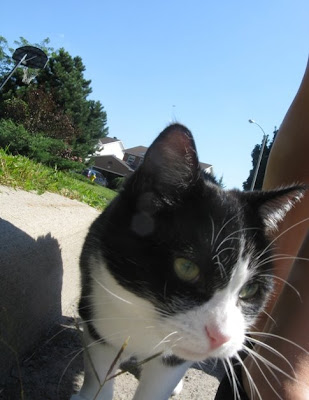 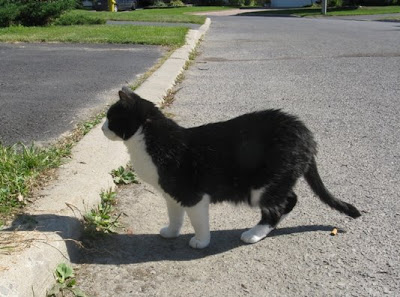 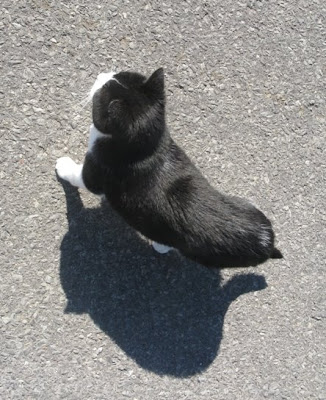 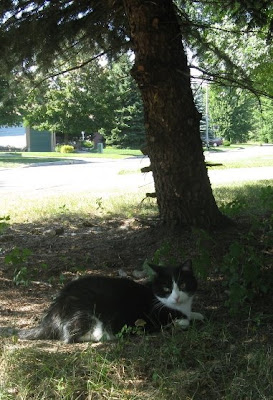 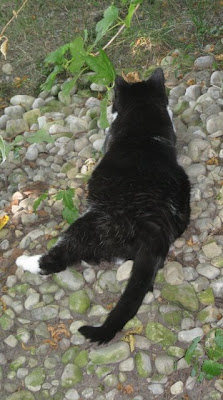 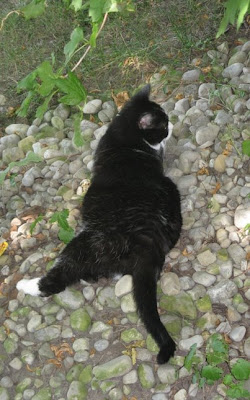 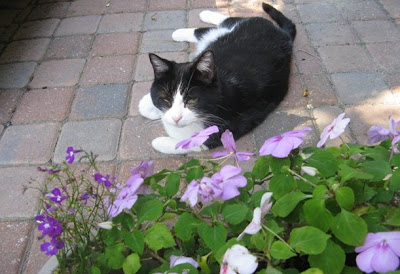 Here's Domino going fur a little stroll down the street, and then for a tour of the propurrty, making herself into a piece of art on efurry take. She has quite the knack for posing "just so", and she also has that "look" that captures the attention of the viewer from far or near.

Domino is ahead of her time with respect to her techniques in supurr-modelling. You will note how she always chooses the best background to display herself to maximum effect. She knows which way the shadows will fall, and always where the camera lens will be, so she can direct certain parts of herself into the shot.

Domino likes to show off all her best sides, but then efurry side is her best! And she knows it (or is that nose it?).

Finally, she stops to rest beside one of the garden beds and makes you aware, with a glance, that she's had enough for today. Being an artful masterpiece (or is that mistresspiece?) can be very tiring, and rather tiresome, so Domino bids you "adieu" fur the day.

P.S. She won't take any calls except from Milo Marshall.
Posted by CCL Wendy at Tuesday, July 07, 2009

She ia a beautiful super model

My dear look-a-like friend, Domino: You are simply gorgeous!!

We enjoy looking at Domino from every conceivable angle!

It was great to see all those lovely pics if you today! BIG Smooches from Milo xx

You look so pretty Miss Domino, purrticularly with the flowers.

You look beautiful as usual, Domino!

Domino, you're obviously a professional model! You're working it, girl!

Very impressive, Domino! I am picking up some good modeling tips from you!

Domino you are such a pretty kitty and wonderful model. It is no surprise that you were able to enchant young Milo!