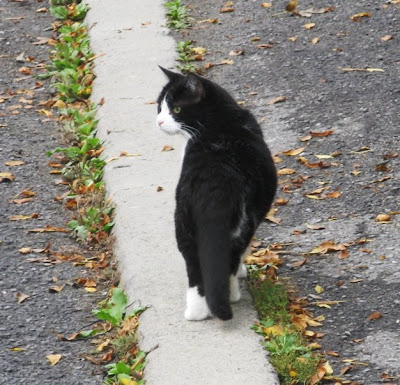 And last but not least, here is Domino, walking and tocking. She's a real ladycat and doesn't often lift her tail to reveal the entirety of the double tock. She likes to leave a little to the imagination. 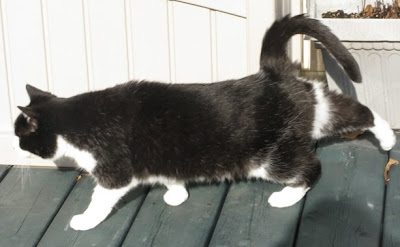 Here Domino is stretching herself by extending the right tock with the tail twist to finish. 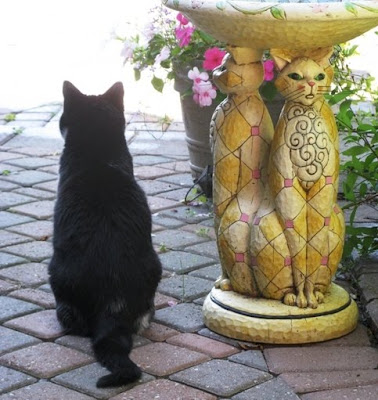 This is the sedate, seated pose that everyone is tocking about lately! You get just a hint of tock on either side of the curvaceous tail. 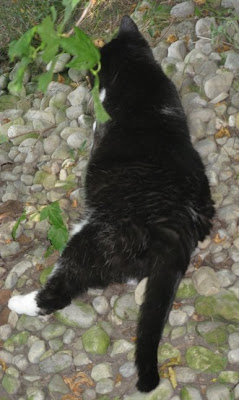 This is a series of three hock and tock photos taken from Domino's modelling portfolio. They each expose a glimpse of the upper tock in a slightly suggestive manner. 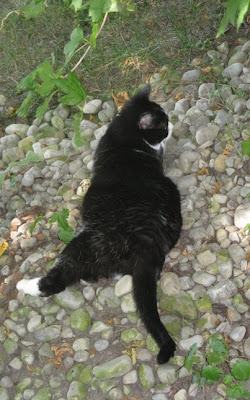 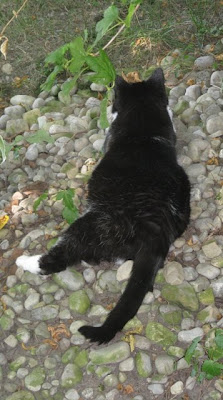 And in a final reveal, here is Domino in a very rare lifted tail, double tock pose. I did a double take, myself, because I couldn't quite believe it! 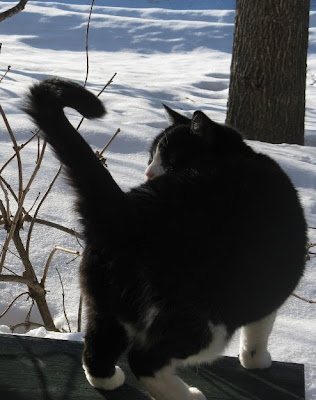 Domino doesn't really tock a lot, but when she does, she has something significant to say, like "Wanna come over an' play, Milo?"
Posted by CCL Wendy at Saturday, October 10, 2009

SHe has more modesty then the boys!

I think Domino has tick-tocks... reminds me of the Felix the Cat clock with his tail swinging back and forth!!!

Yoo bet! I'm on my way over! Leave the window open for my boogie mat to fly in!

Dante sure has a beautiful tail!

Wow those are some cute tocks pics Domino!