First of all, we have Dante's tocks, or what you can see of them! In fair weather or foul, Dante's tocks are difficult to find. They are layered with so much fur, that their actual shape is obscured. I have no idea what they actually look like.

Dante, unlike Domino and Dylan, is very consistent with his tock shots. They pretty much look all the same. 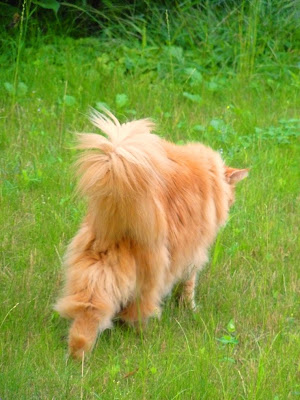 Dante's summer tocks (hmmm, look a lot like his winter tocks)! I tend to call this excessive rear end floofiness his "pantaloons". They certainly do balloon out, don't they? 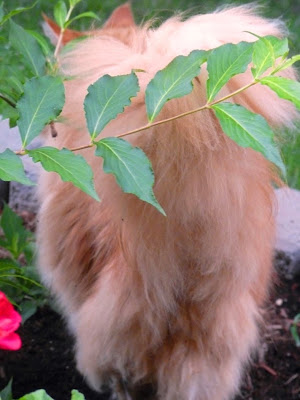 This is Dante after performing his "Canadian Poop Idol" duties. He's amazingly clean when all is said and done. I think his tocks are coated with some kind of non-stick substance or something.
(I hope this isn't getting too graphic for anyone.) 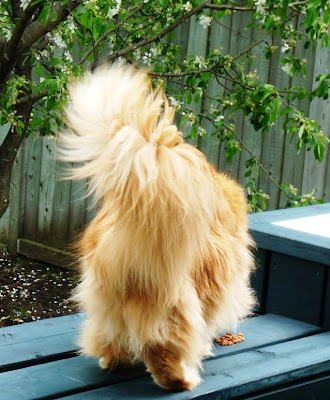 Ah! Dante's tocks in the Spring! This is what I'm tocking about! These tocks in May are just as full as the tocks in Tocktober. No chance of any illicit exposure here! 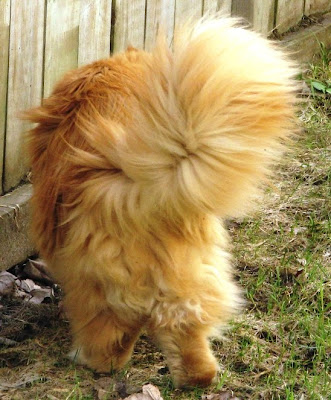 And yet another tock shot! Ho hum! Nothing diffurent here. 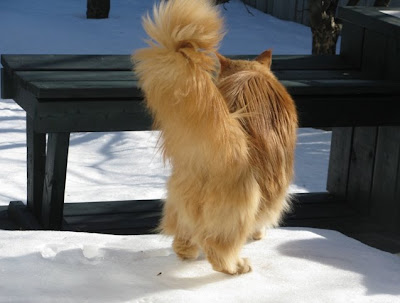 And Dante in winter! Pretty much more of the same. 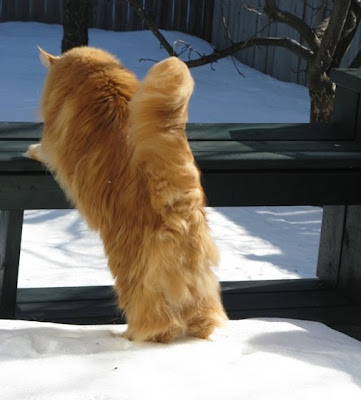 Ah! Here's Dante in the wind! Even with his floof blowing wildly, there's no inkling of what might lie beneath all those furry layers. 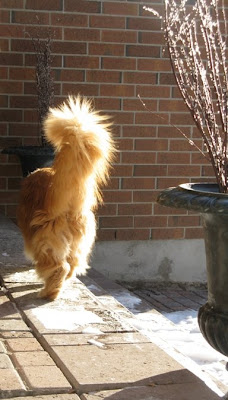 Do you think Dante is trying to enlighten us? If he is, he's not tocking! 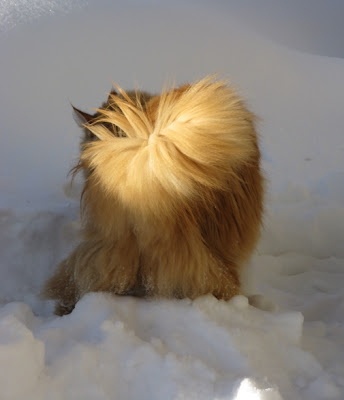 May the sun shine on Dante (where the sun don't usually shine), FUReFUR more!
Posted by CCL Wendy at Saturday, October 10, 2009

Mom calls them my cataloons

Dante has the world's most floofiest TOCKS!!! I think you should win a PURRize fur ur tocks!

Love the pantaloons, Dante! This post made mama LOL!

I got a good grin out of this post. I love Dante's floofy tocks.

Dante, you are very lucky that your 'tock floof covers up all sensible parts. I'm not so lucky. I have a beauty flaw at the most sensible spot and the humans make fun about my spot 13. They say it's huge and looks like a cork. I wish I had more floof there!
Blushes, Siena

Dante has the floofiest tocks I think I have ever seen!