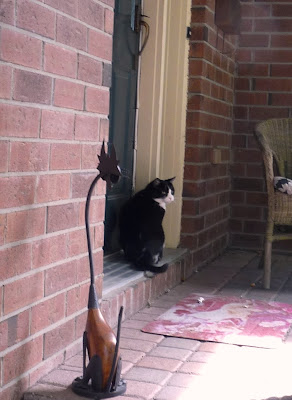 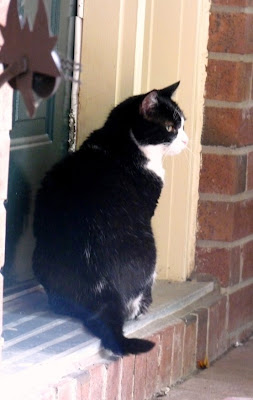 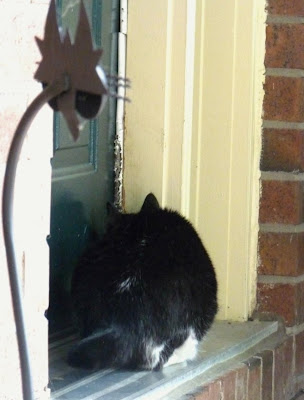 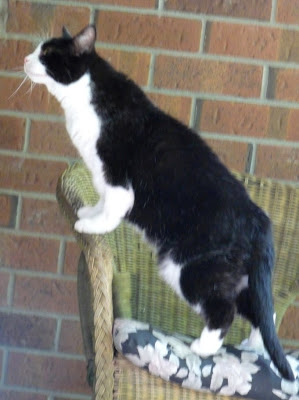 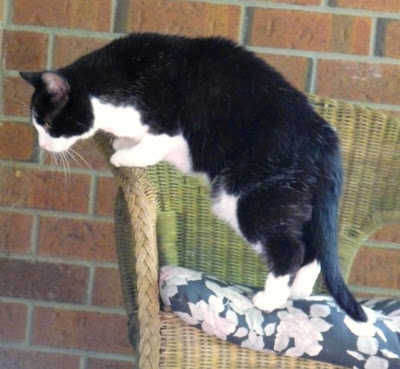 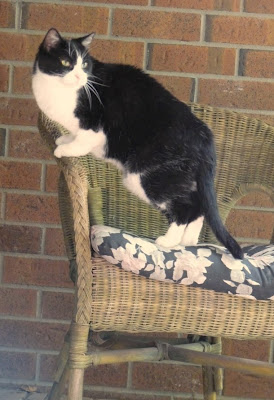 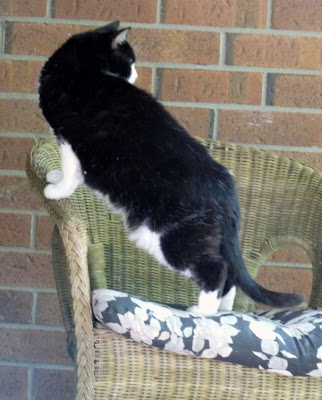 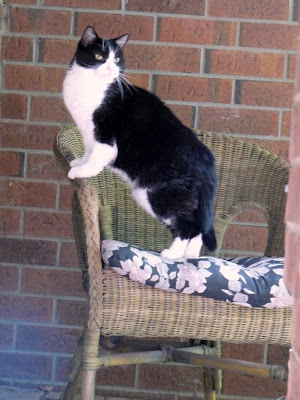 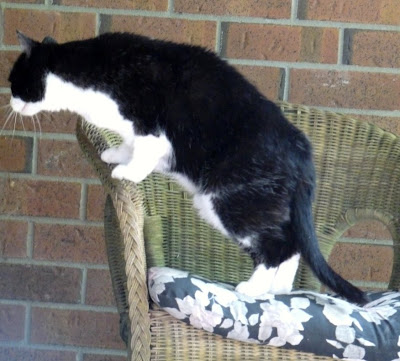 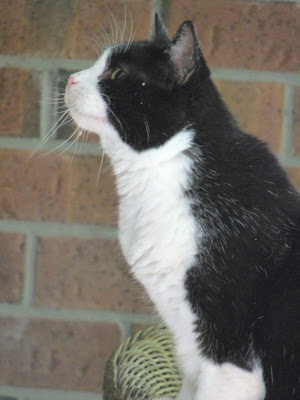 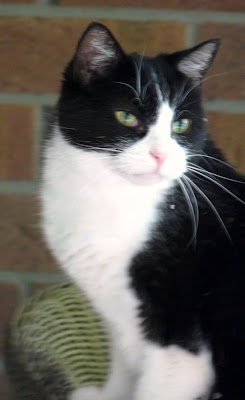 It's Tuesday, and there is Domino at the front door, waiting to be let in. When I decide to take pictures of her instead, she takes things into her own paws (and claws).

You will notice the weatherstripping behind her in the second and fourth shots is rather ragged from previous attempts at breaking and entering.

Domino is rather smart, and realizes that the door handle might be the "key" to getting in. Unfortunately, she is a little short in stature and without the requisite thumb to be effective in this instance.

So, then she withdraws to the chair beside the door, and proceeds to stare at it intently as if it would open by her sheer will. Her will is very great, by the way, so I'm not surprised she thinks this way. Domino is one determined little ladycat and does not give up easily (if at all).

Not to worry, after I finished shooting this little scenario, I opened the door for her, and Domino quickly scampered in. More quickly than usual, as Domino is normally one to linger on the threshold. I guess she was hearing her dinner call her from the kitchen!
Posted by CCL Wendy at Tuesday, October 06, 2009

Reading her mind... LET ME IN LADY- why you stand there with that camera taking my picture... You can't see I want to go in!!!

Glad to hear you acquiesced!

Hope you had a GR8 BIRTHDAY!

Toy will help you get in Domino...he is good at figuring those things out and he has a long reach. He, however, tries to break out because he can only go out in harness.=^Y^=

We laughed over "breaking and entering"! Glad the mama finally let you in!

So cute Domino! Do you know how to ring the doorbell too?

Hope you were nice to your mom on her birthday.

Hi Domino! Way to take things into your own claws!!

We totally cracked up at the Drunken Saylor comment. Thanks for the laff!

My goodness, it's almost like I'm looking at myself...'cept I'm not allowed out so I know that's not me!

Great pictures. Even if you did have to wait to get in!

Domino is such a cutie! But was she hurrying in for food, or expecting maybe a little love note from Milo? She looks very happy in that second to last picture which is why I was thinking it could be the latter!

This is where Jedi Mind tricks come in handy...

We thought for sure you were gonna get that door opened, Domino!

I do that mond over matter stare to open internal doors too, and it always werks ~ 'cos Mom opens the door for me saying "sweet boy ~ do yoo want the door open?"