It's Dylan's turn to be featured today. He's often the hardest one to catch during any given photoshoot, but this time he cooperated by just lazing around on the deck benches.

He also looks good against the fall background. There's more of a contrast between his pale fur and the more vivid tones of the leaves, however.

Dylan is such a funny boy. He constantly looks alarmed, and his ears are always twitching this way and that! I like to get a picture of him with "nice ears" as I call them, but more often I get the old owl ears instead.

Dylan's eyes always look so bugged out, too! He's really in a perpetual state of caution, I think. The slightest noise can send him fleeing towards the back door for safety.

When he's not looking like his life is in jeopardy, Dylan is quite the handsome mancat, don't you think? 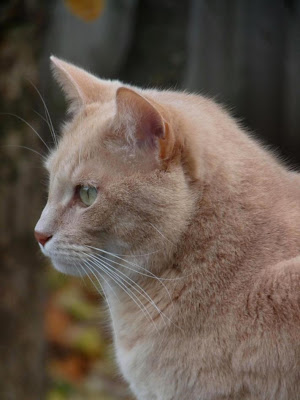 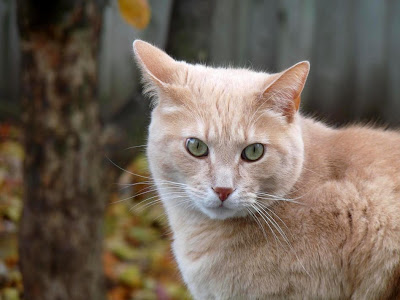 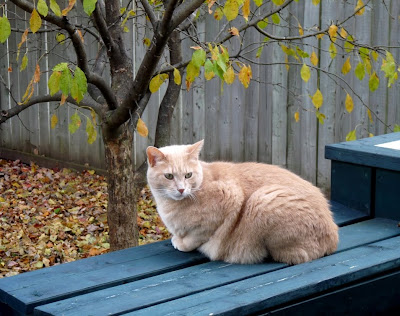 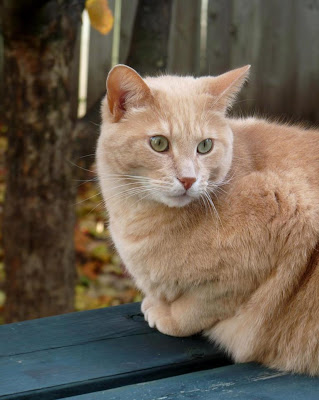 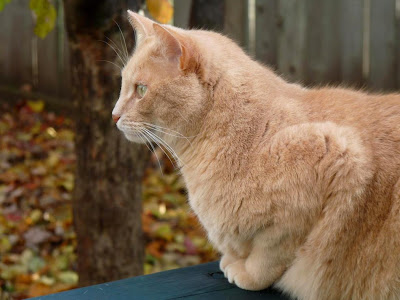 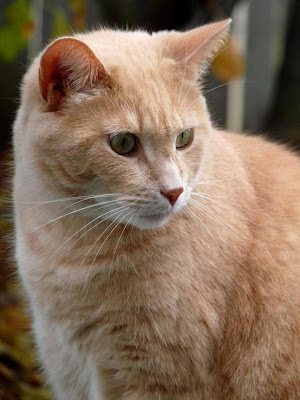 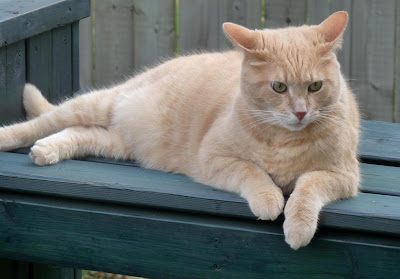 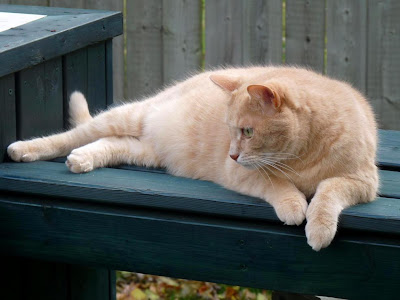 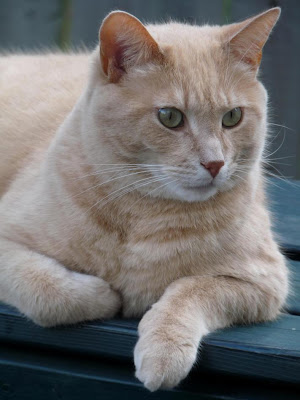 He certainly is a handsome mancat but I think he gets outdone by his brother!

Dylan, what a handsome boy you are! And your furs look as soft as butter!

What a lovely cute cat!

Great shots of you Dylan! You look very vigilant, don't want to let your guard down too much!

The pictures of Dylan are stunning!

Dylan is such a handsome ManCat!!

You're looking very handsome today, Dylan! You pose quite well for your mom.

Thanks for coming to my Gotcha Day party yesterday!! :)

Dylan is quite photogenic!
~Whisker Tickles,
Lizzie and Connor

I love when we get pictures of Dylan, probably because we don't see him as often because he is harder for you to get a photo of. Not to minimize photos of Dante and Domino, because they are both super cute too but there is just a little more of an excitement when they are of Dylan for me. Again, probably because he is so hard for you to get the photos of.

Dylan you are so Beautiful! what nice pictures!!!

Dylan is very handsome too! So lovely