The following is a variety of pictures of my 3-Ds, separately and in diffurent combinations, much like you would find in a Chinese buffet or a Swedish Smorgasbord, if kitties were food, that is.

And since they're not, I hope you can just enjoy these shots, each of which has its own unique quality. They aren't photos that would normally fit into any of my themes for posting.

I haven't really tried to caption them humorously either -- they're not meant to be LOLCats by any means. I was just attempting to detail who is in the picture and generally describe what was happening at the moment.

So, for a change of pace, here's a mish-mash of my three stooges. Belly on up to the buffet bar for a taste, why doncha!

P.S. The Kitty Krew, Part II is now up on the LOLSpot! We have a special message for Bugsy who just had an opurration. Just click on the LOL Icon, second from the top on the left to go to the LOLSpot. 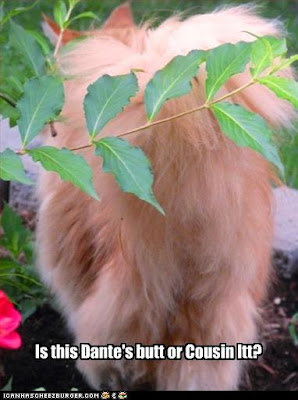 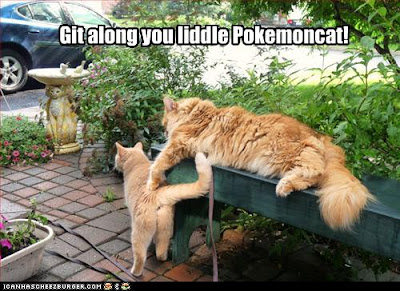 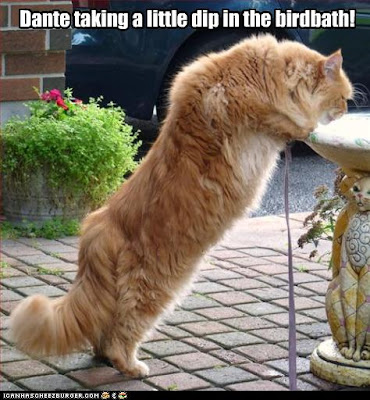 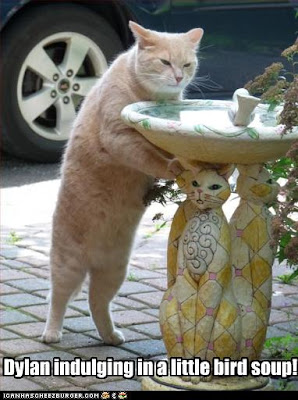 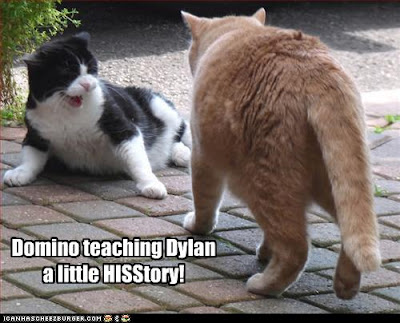 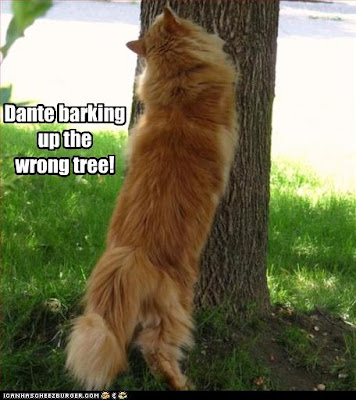 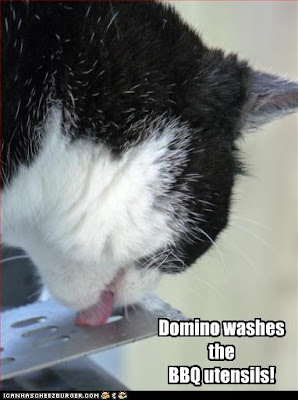 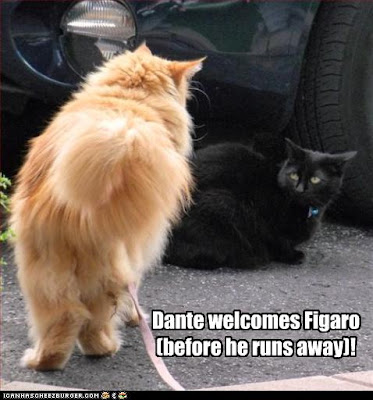 Those are all cute pictures! :)

We've posted on the LOLSpots pages, but wanted to also post here to thank you again for our LOLSpots. They're all so good!! Some really cute ones, you picked out great pictures to use.

And also thanks again for the purrs and thoughts from all of you for our Bugsy's surgery. It's all appreciated!!

Big purrs and hugs,
The Kitty Krew and The Mommy

Such great pictures! I love the tail photo and Domino with the BBQ utensil

Yep, that was a fun smorgas wotsit!


Smooches to Dommy from Milo xxxxxxxxx

A nice sampling of the 3-Ds.

Looks like they are having fun... loving life... and just happy to be cats!

You take the prettiest outdoor photos of your kitties. Each and everyone of them is so photogenic. However, Miss Camille Suzanne believes that Master Dante' is inordinately handsome in all of his feline majesty.

It looks like Dante is giving Dylan back scritches in the second photo.

Those were great!!! We liked Dante barking up the wrong tree!

They are such cute pictures - great smorgasboard! We always end up with that kind of post because honestly I just am too lazy to figure out what goes with what - they were usually all on the camera at the same time and that is how I group. Your grouped ones are great but it is nice to have just some random shots every once and a while.

That's a great smorgasboard!! We really liked the first one of Dante - Mom had to look twice at it!!

We loved your smorgasboard and it's so great to meet you all! We just started blogging again after a 4-month break to help our sick mom get well, and we're looking forward to being your friends!

Purrs,
Rocky
& everybody at Artsy Catsy

Dante's Cousin It butt cracked us up! :-D