DYLAN ON BOX DAY (INTERNATIONAL, THAT IS)!

On this box day, Dylan pushes the heaviest box in the moving truck. 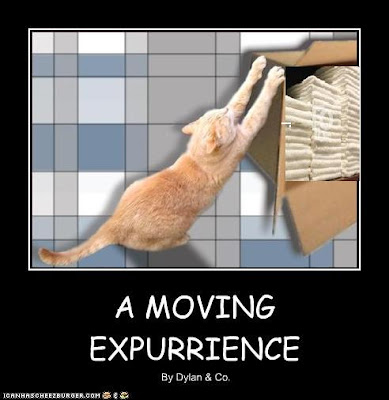 On this box day, Dylan's bravery saves humanity from another explosive drama. 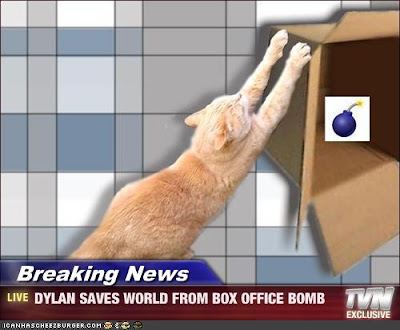 On this box day, Dylan has the bad luck to actually open Pandora's Box. 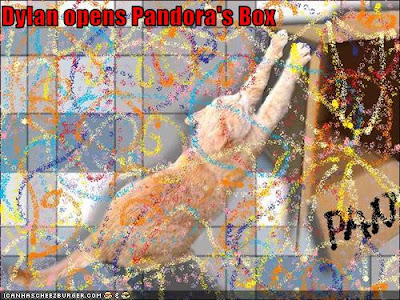 As you will see, Dylan is not one to be confined to the four corners of a box. In fact, he does all his best thinking outside the box.

Today, Dylan purrforms his regular work as employee to a moving company, as well as an heroic act which benefits the world population, and also gets himself into a whole lot of trouble by opening up the wrong box.

I'd say that Dylan had his paws more than full on this International Box Day! Hooray fur Dylan -- simply fur surviving!!!

(Thanks to Ann Adamus of Zoolatry for the lovely graphic of Dylan with his box of goodies.)
Posted by CCL Wendy at Friday, June 19, 2009

Great box pictures and funny, too!

What fun graphics and so original! We loved seeing them.

Way to think outside of the box, Dylan!!!

Dylan, you are much stronger than we thought! But we knew you were a grate thinker!

My goodness, Dylan is a very brave kitty-catty! Next fing we knowz youz is gonna be savin' da whole, wide world☺

Those are great box photos!!!

PS, thanks for letting us know about Monday and Tuesday about LOL! We will blog all about it and link to it! Thanks.

Hooray for Dylan! What a hero!

Gee Dylan, you may have a career going there! Thanks to Mommies bean son, photoshop teacher, for the cat box touch up on our post today. Tinker was just inside the box and Mommy grabbed her trusty camera, the box was from a new dog bed. The Christmas boxes were made up for the Boyz to play in this past Christmas. Thanks for the nice compliment=^Y^=the Cat Street Boyz

Those are great photos! You are great with the graphics!

That was fun. You look very strong Dylan.

Happy Box Day to all of you!

Dylan has had a very busy day! Glad he survived it.

Wow dat is a pawsome box you has der! I knows mine has toys but dis is amazings! MOL

Terrificat! What a super job of photo interpretation; our human is definitely in an
LOL moment.
And BTW, Dylan, thank you for saving the world from that most dangerous situation...