THE 3-D's DADA IS THE FRANKENSTEIN SANTA (WARNING: GRAPHIC IMAGES)

Dante, Dylan and Domino's Dada had thyroid surgery yesterday.  Fortunately, it was just day surgery and he was home late in the afternoon.  He had half of his thyroid removed and one of his parathyroids which had been causing an overproduction of calcium in his system.

Some of you may remember that the 3-D Dada had pancreatitis last Spring.  Once he recovered, they did multiple tests and the thyroids seemed to be the culprit.

The surgery went well, but the 3-D Dada is very sore and quite exhausted from the ordeal.  So, if any of you would like to send him healing messages, I am opening this post for comments.

Of course with my twisted sense of humour, I just couldn't resist 'doctoring' up the photos. 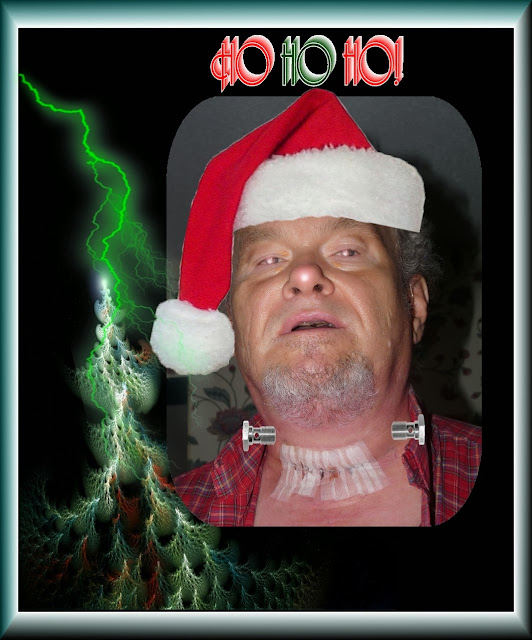 Walter, we hope your recovery will be lightning fast! Sometimes 'being in stitches' isn't all it's cracked up to be! 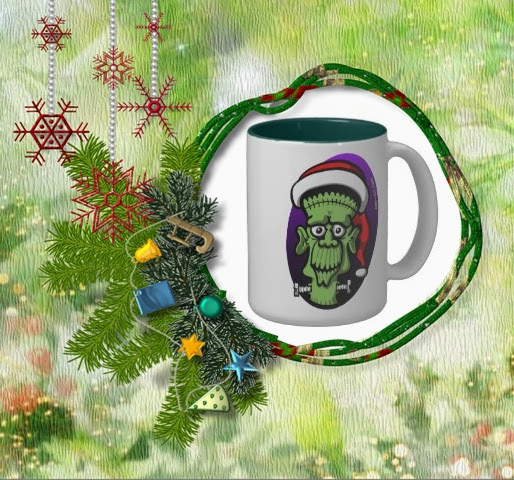 And there goes Walter, MUGGING for the camera again!!!
What a show-off!

Oh my goodness! We're purring and praying for your daddy's recovery! Hope he feels better soon! Poor Frankendaddy, he looks more like Halloween than Christmas!

We're purring for a successful surgery and quick recovery

Surgery before Christmas? That is awful! We hope Frankendaddy feels much better by Christmas Day.