DYLAN DOES A LITTLE SELF-TUDORING!

Dylan has dressed up as a 'Yeoman of the Guard' for Christmas.  He thinks being a 'Yo Man' is kind of cool.

Historically, it's more than just cool --it's a real honour!  The Queen's Body Guard of the Yeomen of the Guard are a bodyguard of the British Monarch.  It is the oldest British military corps still in existence and was created by Henry VII in 1485.  As a token of this venerability, the Yeomen still wear red and gold uniforms of Tudor style. 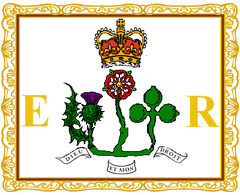 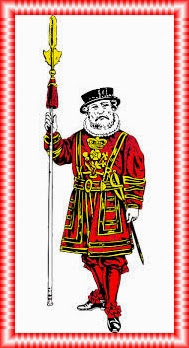 Coincidentally, Santa wears red, too, and he goes "Ho, ho, ho" --  but what do Yeomen say Dylan? 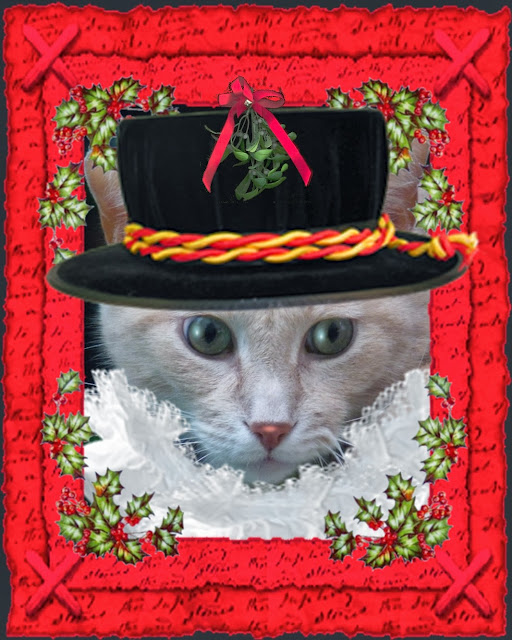 Now who's the scaredy-cat?