First you will see some very good pictures of Domino outside, but close to home.  I have also included a recent video of her which shows her arriving home after a prowl of the neighbourhood.  Her territory only consists of two of our neighbours' yards directly across the street, and our next door neighbour on the west side.

Isn't she just the prettiest little girl, ever?  Many of you are always surprised to learn how small she really is.  Think 6.5 lbs. with a short and stocky build.  She isn't the least bit chubby, though it may look that way in some shots.  She has an extra padding of fur on her underbelly which hangs down, but it's all just part of her winter coat -- and this disappears in the warmer months.  Domino also has the most petite little front feet -- kitten-sized, I think.

Anyway, here she is in all her glory -- I give you the diminutive Domino!  Small in stature, but enormous in ego! 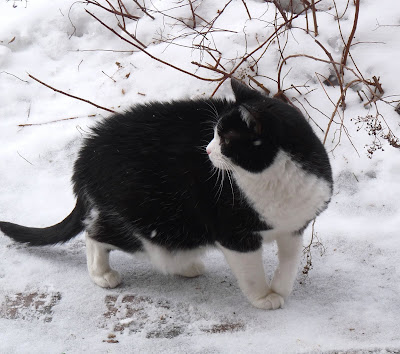 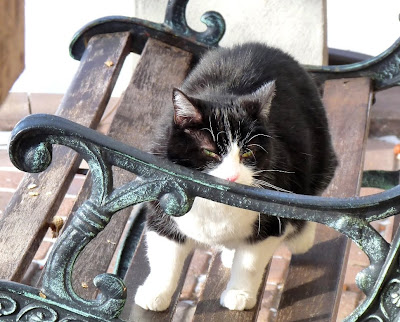 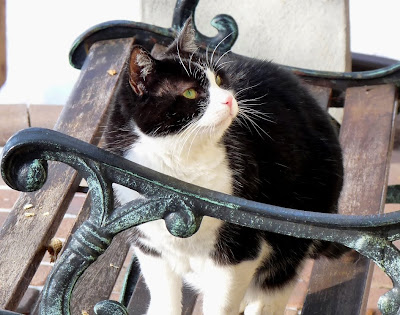 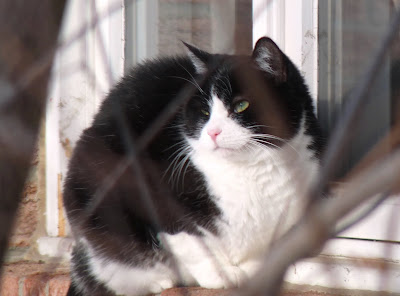 (Biggify the first and last pictures for greatest effect.)
And, as promised, here is the video titled:  "Domino Comes Home" on YouTube for your viewing pleasure. Although we hope all of you enjoy it, it's meant especially for Master Milo to purruse.
Posted by CCL Wendy at Tuesday, February 09, 2010

Come home little Domino... Come home! Isn't she sweet... She looks so plushy at this time of year!

She has floofed out her furs to look bigger!

Domino, everybuddy knows the best things come in small packages! You are beautiful.

A diva in a small package..that doesn't sound like a certain gray kitty over here, does it? MOL!

She is definitely a beauty and we can understand why Milo is totally "smitten" with her......xxxxxxxxxx

That is small! Baby is little too (5.9lbs) and it's hard to see that in some pictures. She's a tough survivor, like Domino.

Domino, we just love your tiny pink nosie, too!

Wow she really is a petite girl - I didn't realize that petite! And of course she looks gorgeous as always!

She is such a cutie. We didn't realize she was to tiny.

Domino is so stunning! I cant believe shes only 6.5lbs!!!

She is such a sweet little dainty girl.

Domino isn't so little, the boys are big.

We ALL love Domino in our howse ~ but I love her the most!

She is proof that beautiful things come in tiny packages. We think of her as a Kylie - tiny and PERFECT!