In this case, the catwalk includes our front walk and driveway.  The cats just love to sit at the edge of the walk and watch what's happening on the street.  Sometimes, they will take a stroll as far as the road, as Domino and Dante do in this series of photos.  You get a better view of local activity from there.  And, of course, pussycats are nosy -- they have to know everything! 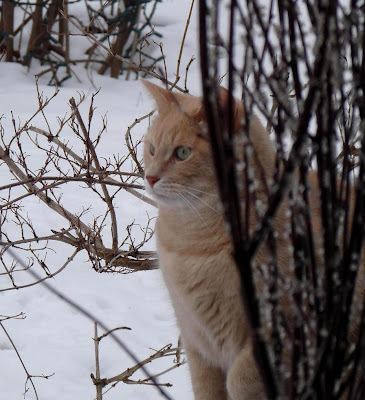 We start off with an artsy shot of Dylan sitting on the cat bench in the front. 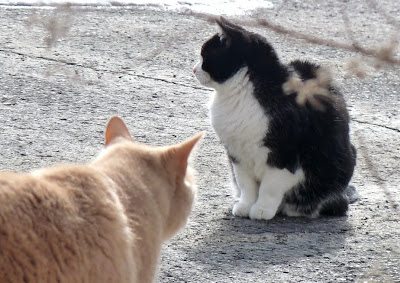 Dylan decides to join Domino who is already sitting on the driveway. 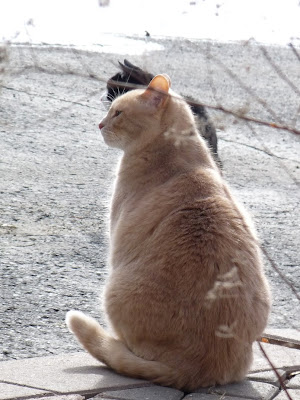 Both are watching Dante and his encounter with our neighbour kitty, Figaro. 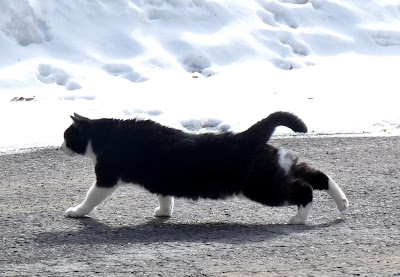 Domino goes for a "stretch and stroll".  This is one of Domino's favourite stances.  She usually shakes her little foot in the air whenever she does it, as well. 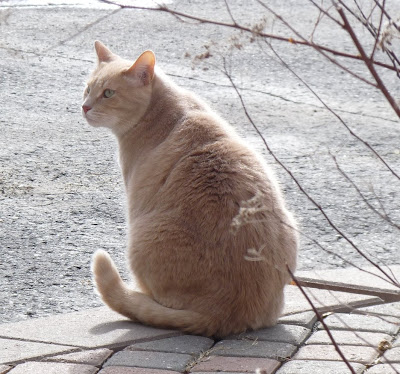 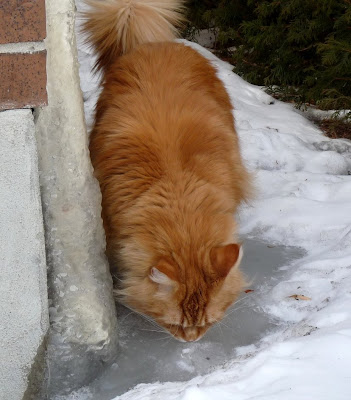 This is Dante at the side of the garage sniffing out an ice patch.  Figaro had been there just seconds before. 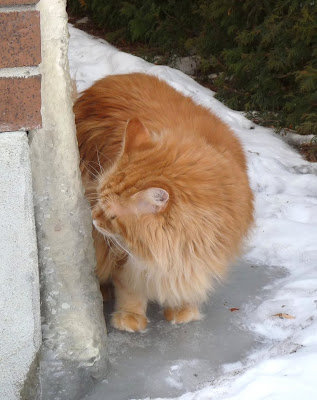 This ice stuff is really interesting.  Refreshing, too! 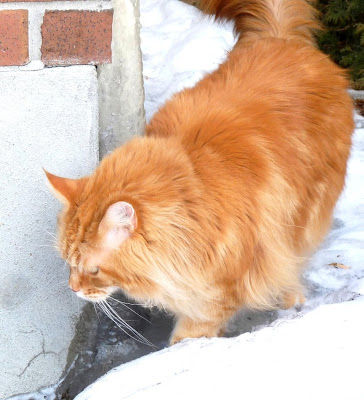 Dante heads back to the front walk, mostly because I am urging him along.  I like to keep him where I can see him at all times. 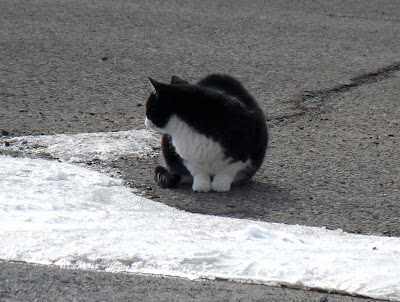 This is Domino actually sitting on the road!  She has claimed it as hers, so no one dare run her over. 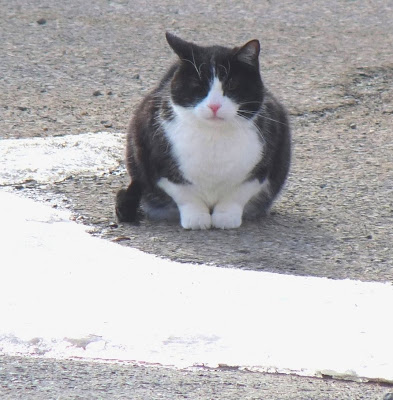 She's taking her time to bask in the sun and the radiated heat from the pavement.  Good thing we don't have much traffic on our street.  It's very quiet. 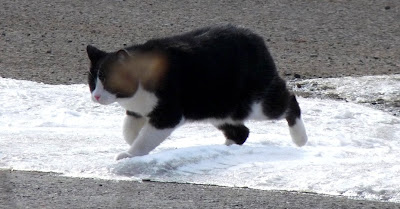 Well, enough of that!  Domino heads back to home base.  The splotch in the center of this picture is actually the dried spirea flowers from the bush at the edge of the walkway. 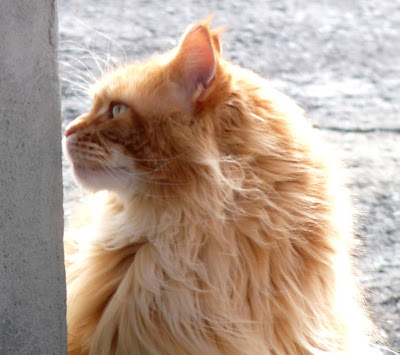 Here's King Dante, who finally made it to the right side of the garage where I can see him easily. 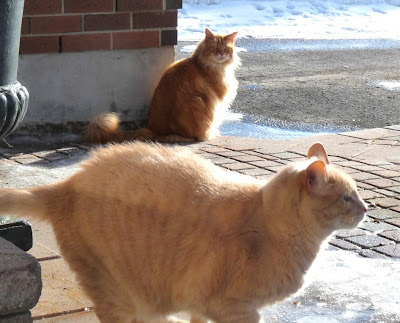 Dante watches as Dylan prepares to jump back on the bench. 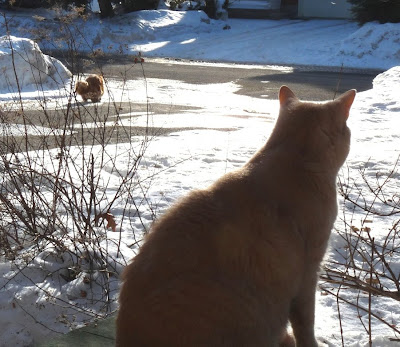 And Dylan watches, as Dante takes a stroll to the end of the drive. 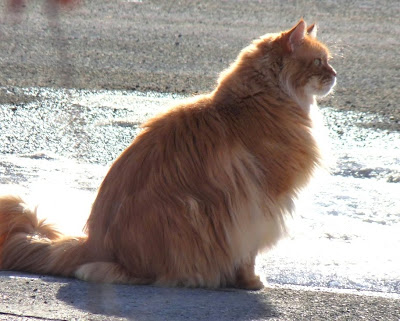 I know that Dante would never go further than this because he doesn't like to be very far from home.  I always have a careful eye on him, as well.
So we leave Dante, sun shining down on him, as he looks off in the distance.  I wonder what he's thinking?
And that's it for the Caturday Catwalk!
Posted by CCL Wendy at Saturday, February 20, 2010

Whew! Good thing you don't have a lot of traffic on your street. I get nervous when I see you so near it.

yay! I love seeing all 3 of them out and about! I love that leg thing Domino does Tygana does that once in a while too heheh

That Saturday catwalk was terrific. Your Cats are very well trained, well-behaved, not to take off. Nicki would be gone in a flash if he got over the fence, Annie too. Derry's a pretty skittish, easily-frightened boy, so probably he wouldn't go far--but I certainly don't want to test it out. LOL. We're in a townhouse complex, with a lot of roaming cats. That would mean even more vet bills for Annie and Nicki, I think!

It's great to get our and feel the fresh air in your fur and sniff for interesting scents. We wish spring would hurry up. We can't see over the snow piles in the yard.

We agree with Praline! We are askeered of the street and cars! Yikes!

Dante, Domino, and Dylan all look just great out for their little explorations. It's good they stay where you can see them. Jack and Baby tend to do things like run under the neighbor's deck and not come out.

Another beautiful day for the glorious D's.

Hmmmmm ... our mom would have a fit if we sat in the road. She's put us under howse arrest pronto! Good job yoo have NO traffic.

We love that first artsy photo, but they're all good too!

You all look lovely!!