Dylan's kind of funny.  He normally looks rather startled.  Almost anything can cause him to look this way --any sound from a soft rustling to a loud report of some sort.  Dylan's eyes widen and practically bug out of his head!  It's obvious in these pictures that something has caught them (his eyes that is)!

He does have a relaxed look as you will see in the video, but more often than not it's that "deer in the headlights" look that predominates. 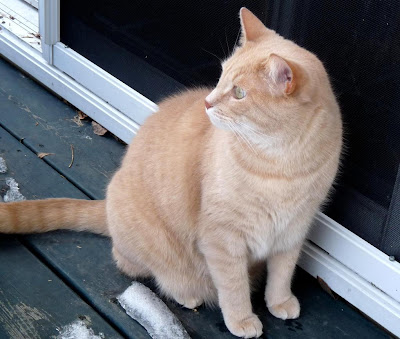 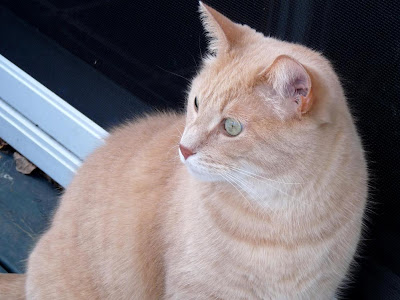 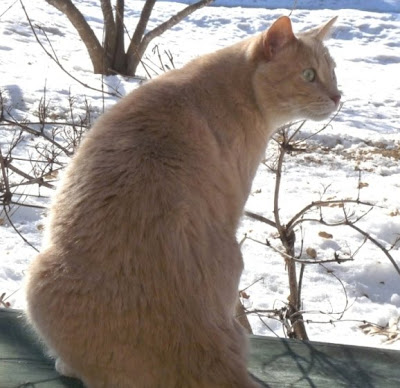 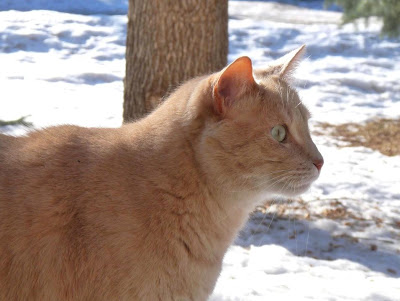 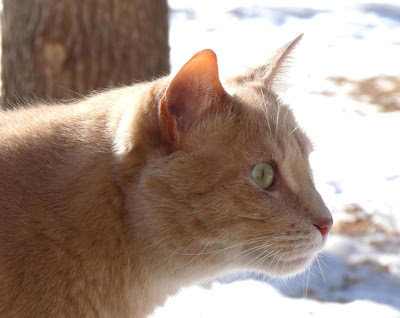 And, as an extra added bonus, here's Dylan having a short bath.  He's actually pretty relaxed for a change.
Click Here:  "Dylan's Bath"
Dear Dylan, we love you deerly!
Posted by CCL Wendy at Thursday, February 25, 2010

Dylan we love the 'deer' look! Great video too...you have the cleanest paws of any kitty!

Dylan, you do look a bit surprised, but we think that is part of your charm! Plus being wide-eyed shows off what pretty eyes you have!

He has a great "deer in the headlights" expression! We enjoyed the video too. :-)

Derry is the 'fraidy cat in our house, he'll run for the basement even if the human drops something innocuous on the floor.

Oh yes, something has definitely gotten his full attention!

We love the 'deer in headlights" look--there's a lot of stuff out there for a mancat to look at!

Dylan we love how alert you are!!

The deer look is so cute on you, Dylan! Samson often has that expression too.

Now that's what we call "focusing in" on things. xxxxxxxxxx

You are handsome no matter what look! Our Smidge has the derr look al the time too.

We hope you don't mind, Miss Domino is one of our Foxes this week...

Dylan, you are gorgeous!! Love those bright eyes.

That last photo is gorgeous Dylan.

That look is so intense, and we know it's serious, but it makes us lol!

Sweet adorable Dylan- He's just being very aware of his surroundings and removing any trace of his own KO- Kitty odor- something all good PURRedators do!

haha i like your deer in headlights face. i have one of those too, but not nearly as often.