It's Monday and it may be too late for judging, but my mancats are determined to show their Olympic-caliPURR abilities.

To begin they are testing out their aPURRatus.  Dante and Dylan will be PURRforming on the Outdoor Balance Beam.  And to increase the level of difficulty, they will do it in unison. 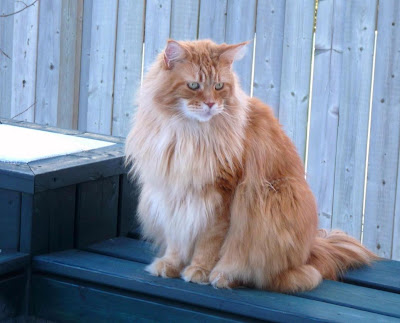 Dante, front and center, on the balance beam. 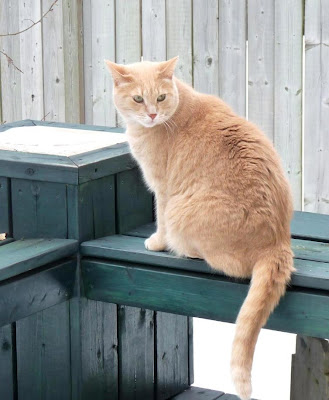 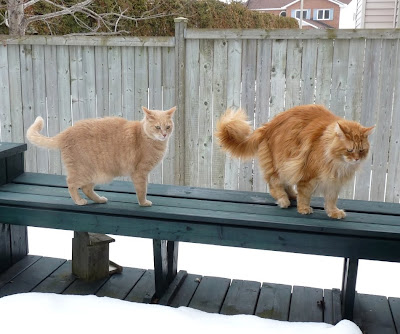 Here they are purrforming synchronized moves on the Balance Beam.
How outstanding!  Out standing in the cold, that is!
(Who knew Balance Beam was an outdoor sport?) 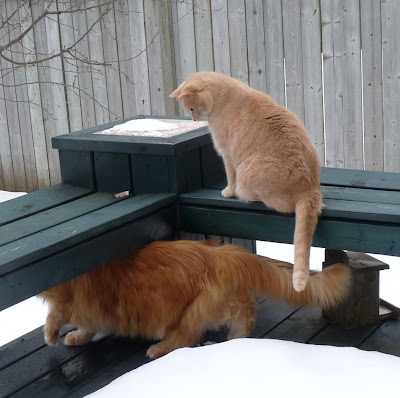 They're just getting in position for the next round.  They cross tails as a symbol of their solidarity. 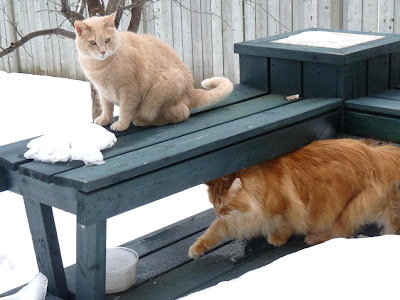 Dylan's in position, but Dante's still scrambling.  I hope he doesn't get a time violation. 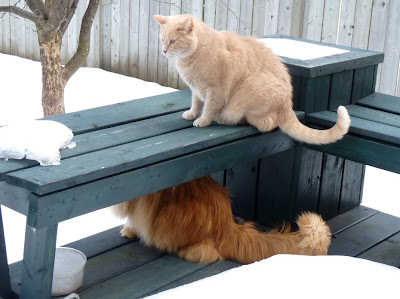 Ah!  Well done, mancats!  Double-decker balance beam in purrfect unison!
Even their tails are curled in the same direction. 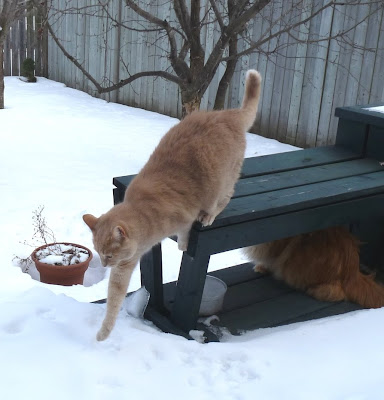 Time for the dismount.  Look at that poise and control! 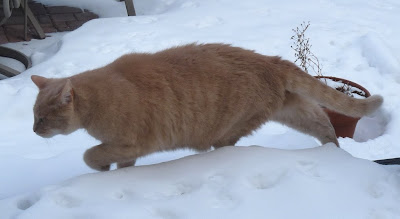 Even post-dismount, Dylan's got style! 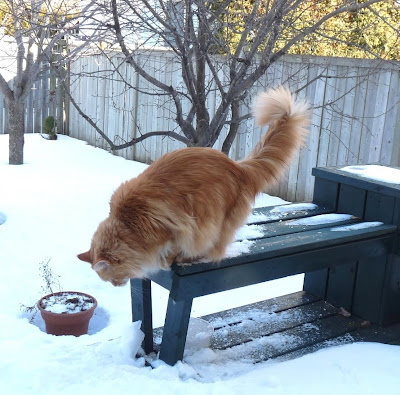 Dante's turn to get off the beam. He seems to be hesitating ... 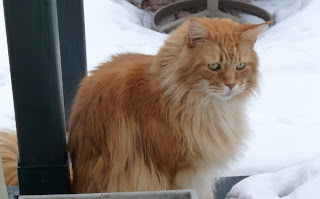 ... but makes a glorious recovery!  Bravo, boys!
You're mama is "beaming" 'cause she's so proud of you.  You both really outdid yourselves.  It's very difficult to purrform on the outdoor balance beam, and then to do it as a team, it's just exemplary!  What a sport!
Posted by CCL Wendy at Monday, February 22, 2010

Oh, three cheers! Excellent! Kudos to you both!

P.S. You can tell your mom that she has our human's permission to copy pics for the LOL site--and to let our human know if she'd like the link to a recent Picasa album with our pics instead.

Very outstanding and in the cold!

We give a platinum medal for the synchronised balance beam performance.

You boys are amazing Cathletes!

Great ManCat performances, right down to the tail curls in synchronization.

Bravo!! Bravo!! You two did a great job and deserve Gold Medals for team work!! And an extra Medal for doing it in the cold!!
Your TX furiends,

Wow Dylan and Dante competing as a team in the same pictures! Love it!

And the crowd roars!!! Ahhhhhhh! What a great team!
Maybe next Cat O-Lympics there will be a Synchronized Tail Curling event as well. Those two would be champions for sure!
~Lisa Co9T

Great job boys - you are acrobats extrordinaire! (Did we spell it right???)

Wow! What a performance! We were really impressed with the synchronized balance beam performance!

Wot skill! Wot talent! We are in awe! :claps and cheers:

what a wonderful job you guys did!! good luck--we'll surely see you on the podium!