DOMINO & DANTE: PUT UP OR SHUT UP!

When it comes to Domino and Dante, size really doesn't matter.  She is a mere 6.5 pounds and he a whopping 24! 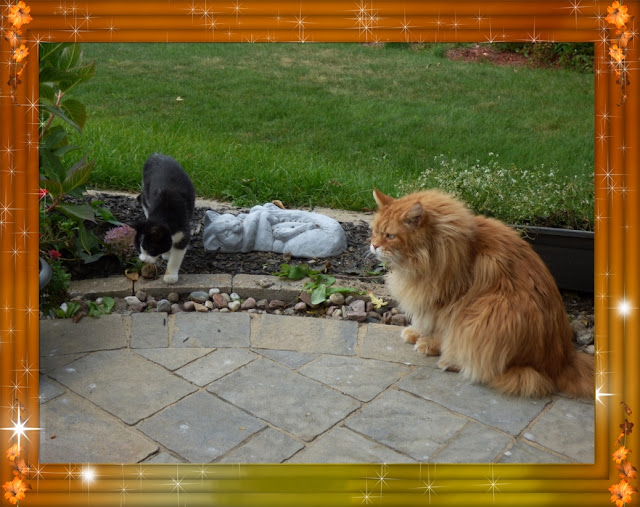 Dante was just standing on the front patio when Domino returned from her walk-about after sprinting all the way home. 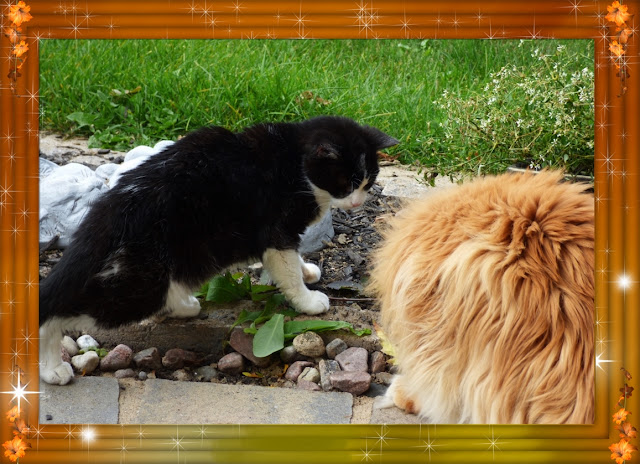 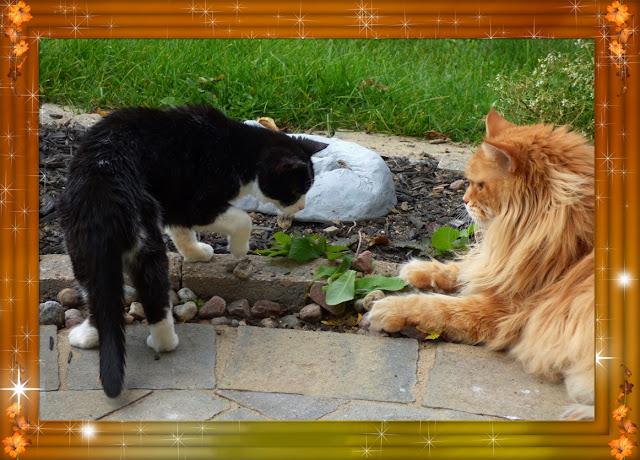 "Nuffin much" replies Dante, at which point Domino inches closer towards him. 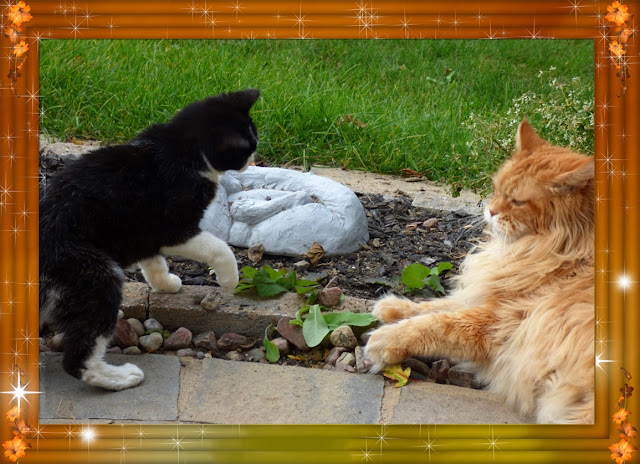 And then, out of nowhere, Domino begins to raise the paw of doom.  Dante's obviously feeling a little apprehensive about where there is going. 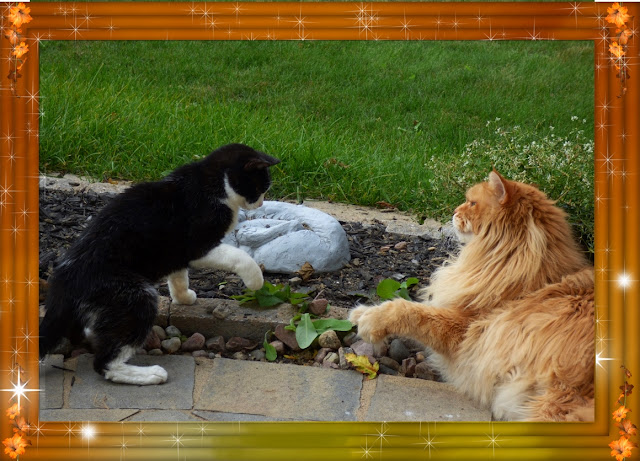 And with reason, because the paw of doom is escalating into ... 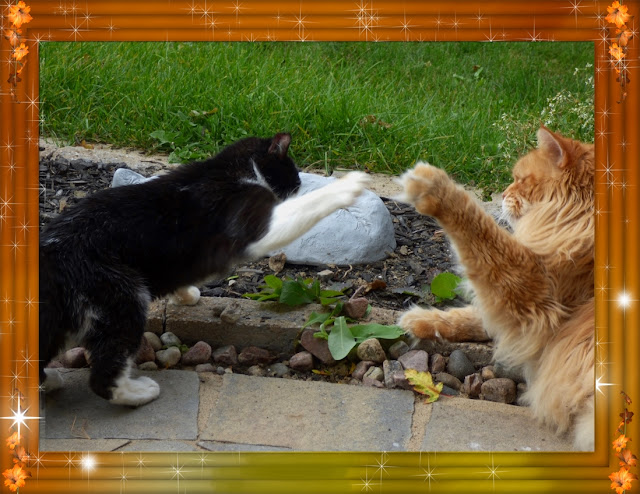 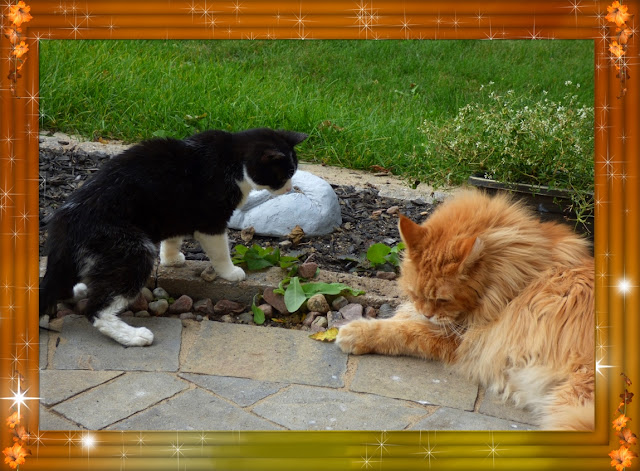 Although there was ultimately no connection with that mighty swipe and Dante's defensive reaction, Dante submits.  "I surrenders", says Dante as he bows his head to the victor. 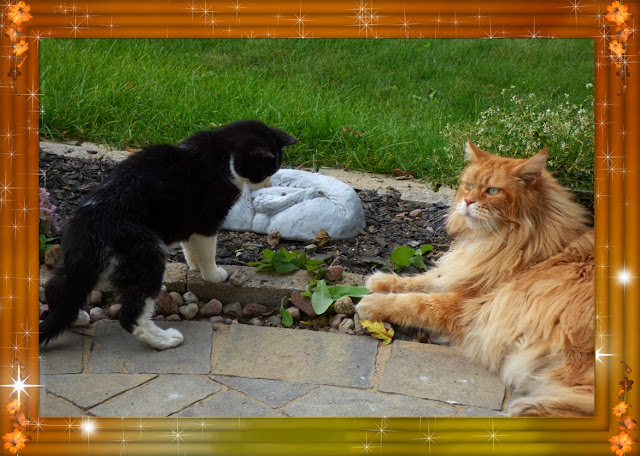 The moral of the story is:  "Giving in isn't the same as giving up.  Sometimes you just have to know when to let go before things get even worse."