Dante, Dylan and Domino have all dressed up for Hallowe'en and they'll be partying well into the night. 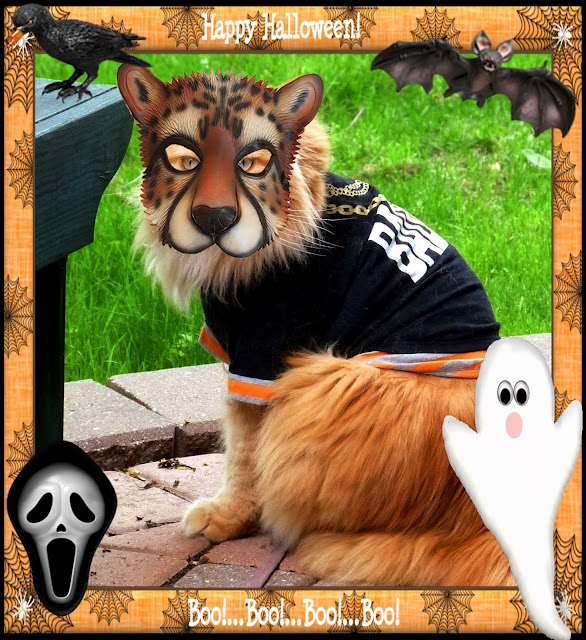 Dante's shirt proclaims that he is a "Bad Boy", and sure enough he's a cheetah!
"Dere's nuffin worse dan bein' a cheet", says he.  "Yoo bettah watch out fur me or I'll cheet yoo outta your Halloween candy!" 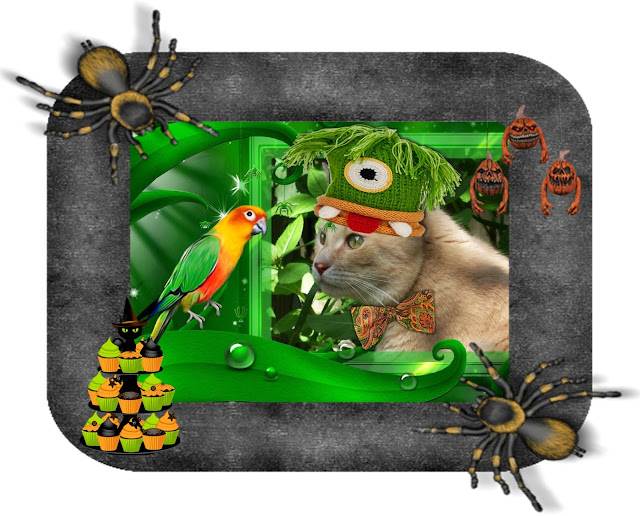 Dylan is pretending to be a green one-eyed monster, although he's got two eyes of his own trained on the biggest treat of all -- that juicy little parrot!  He will not be swayed by cupcakes, unless they've got mice inside them. 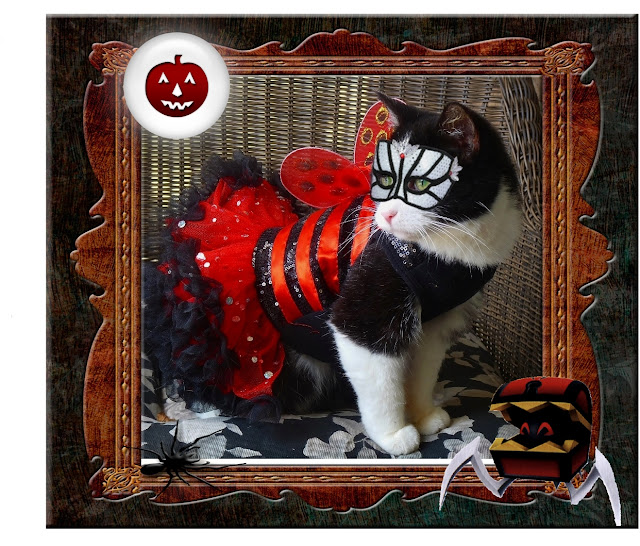 We all know that Domino is the Queen Bee of the house, but she's out to make her point, and paint herself (and the town) red while she's doing it.  She will unmask herself at midnight so efurryone will know who they're really dealing with!