3-D CATS IN HATS ON THANSKGIVING! 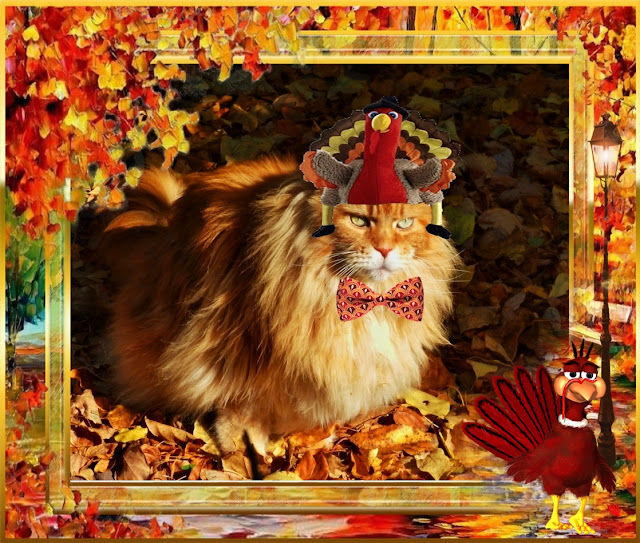 Dante is wearing a pilgrim turkey on his head with one leg dangling either side of his head.  He has coordinated this with a bowtie replete with fall colours.

Dante is actually trying to CATmouflage himself as a turkey, so he can follow that juicy fellow strutting several steps ahead without alarming him .  He just can't wait to "gobble" him up!

The turkey, however, has his own slant on Thanksgiving, which is especially fine for those who want to 'pig out' in true fashion! 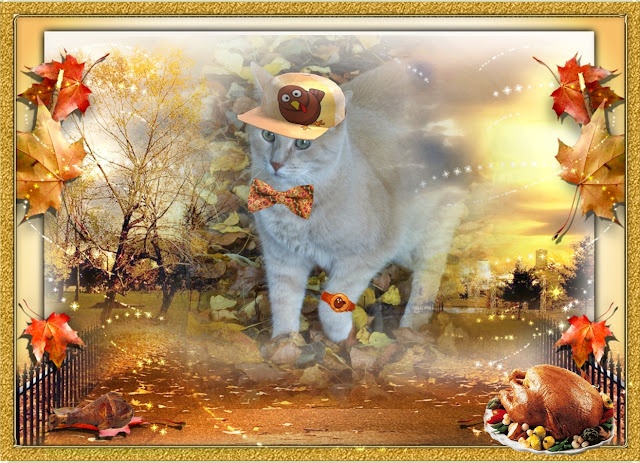 Dylan is wearing a golden baseball cap decorated with a little comic turkey.  His bowtie, too, meshes with the autumn colours all around him.

Dylan was far away when he caught a faint scent of a heavenly aroma.  He followed his nose to find a turkey feast ready and waiting for him.  "I jus' loves street food!" he declares happily. 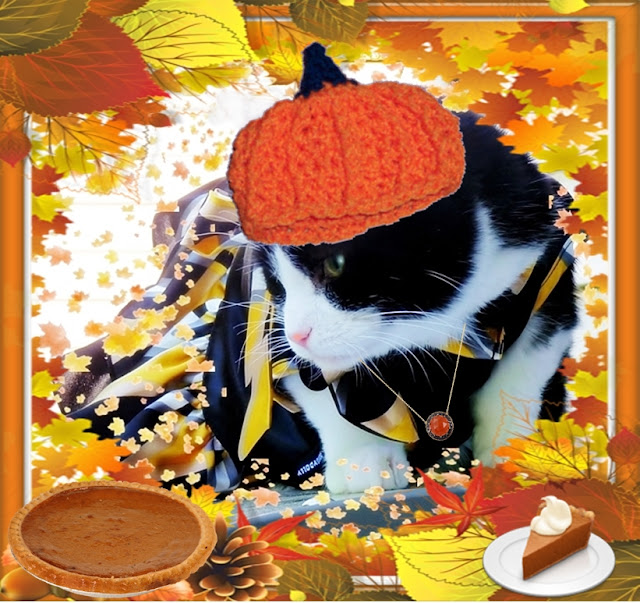 Finally, Domino is celebrating by wearing her woollen pumpkin cap.  It keeps her ears nice and warm, but also make her think of the pumpkin pie that's waiting for her at home.

She likes things that are a little sweet and spicy -- just like her!  Her favourite part, though, is the whipped cream.  "I milks it fur all it's worf", says she.

"Yoo jus' can't beat a dessert dat hops rite to it, can yoo?"