DANTE AND DOMINO ARE MR. AND MRS. CLAWS!

Even though Dante and Domino are brofur and sisfur, and each has their own signifiCAT other ... ... at Christmas they make the PURRfect Mister and Missus CLAWS! 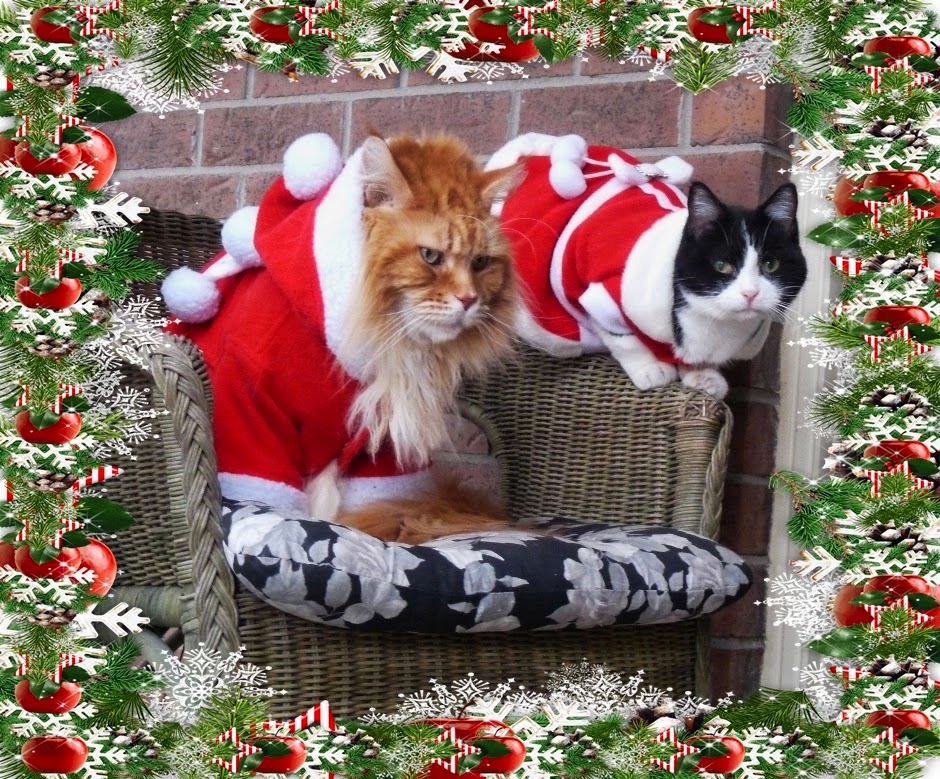 Both of them are very patient about posing in their Santa coats.  They are also very comfortable with each other, so don't mind being in such close quarters. 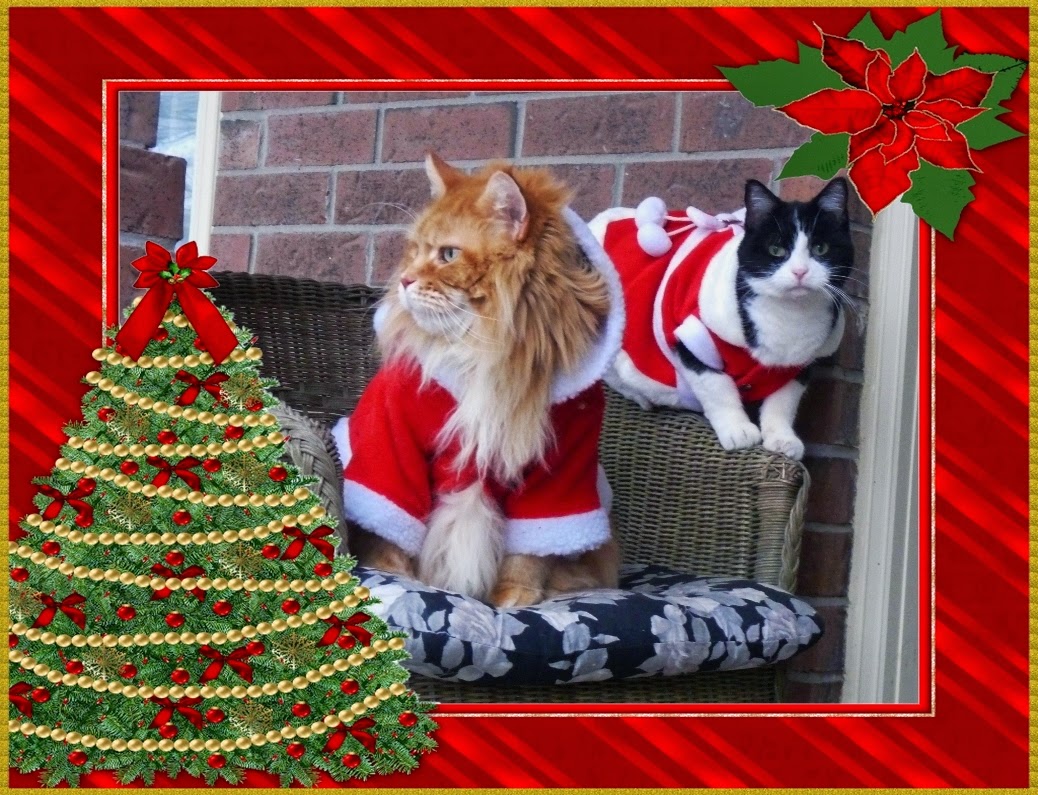 Dante (aka Santa Claws) takes a look around the neighpurrhood, while Domino (aka Mrs. Claws) has eyes only for the camera. 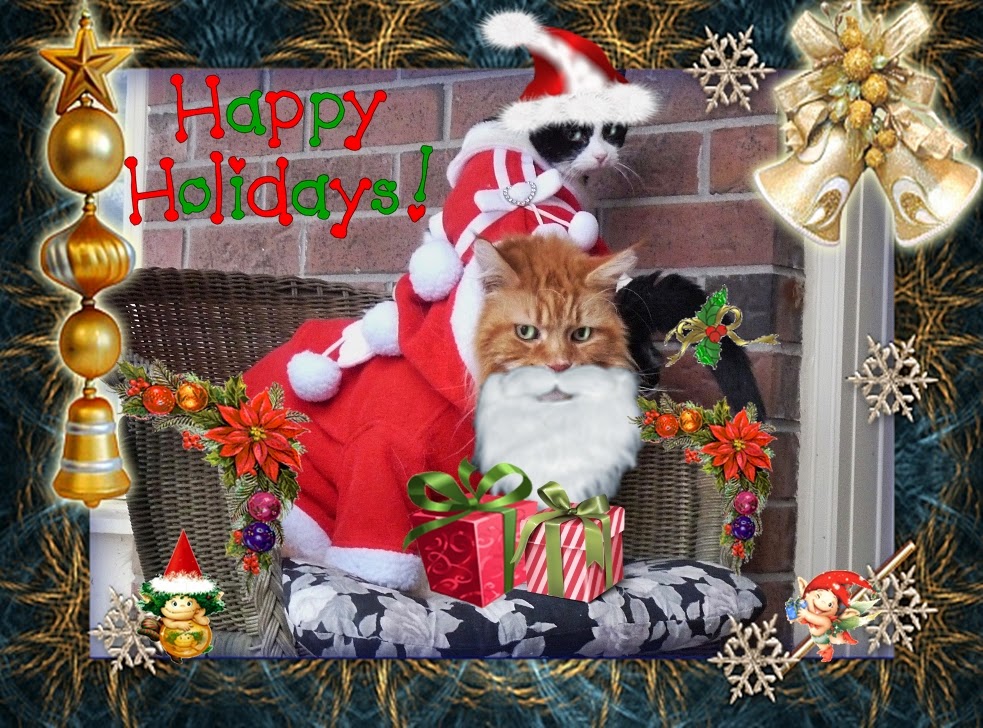 But then I went one step too far!  With the addition of a hat on Mrs. Claws and a beard on Santa, they were ready to turn their backs on the whole thing. 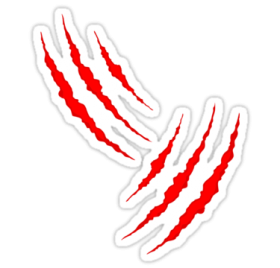 I learned that lesson the hard way. 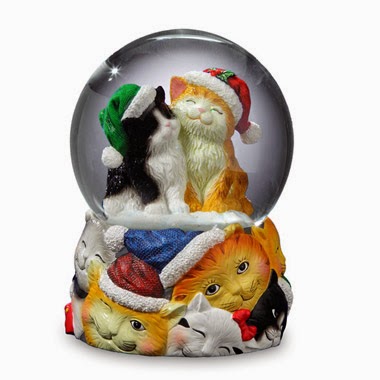