Even though it's not officially winter, the weather is cold enough to break out the warmer hats, coats and scarves. 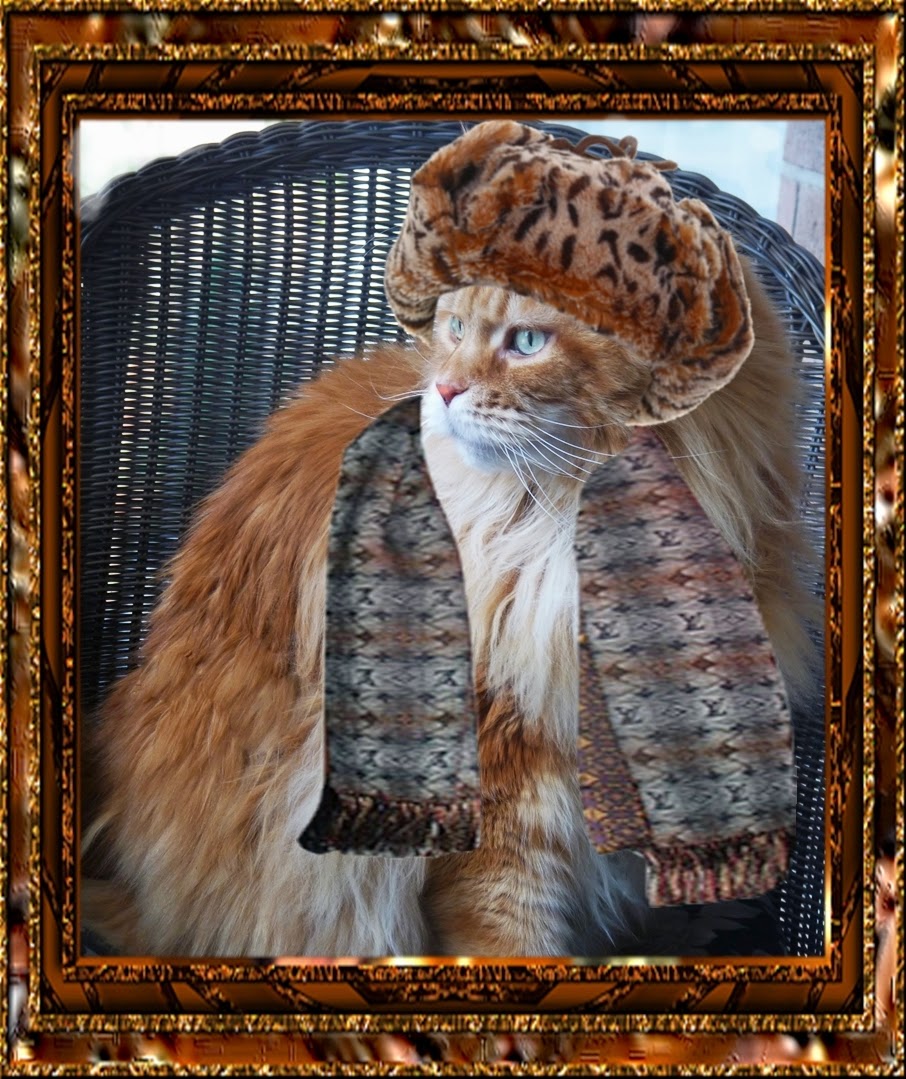 Dante feels cozy in his own ample fur coat with the addition of a faux leopard hat and his Louis Vuitton scarf.  "I likes ta generate my own heat frum within", says Dante.

We believe it, especially when it comes from the first Hot Mancat of the Cat Blogsophere.

He has quite the global PURResence, indeed! 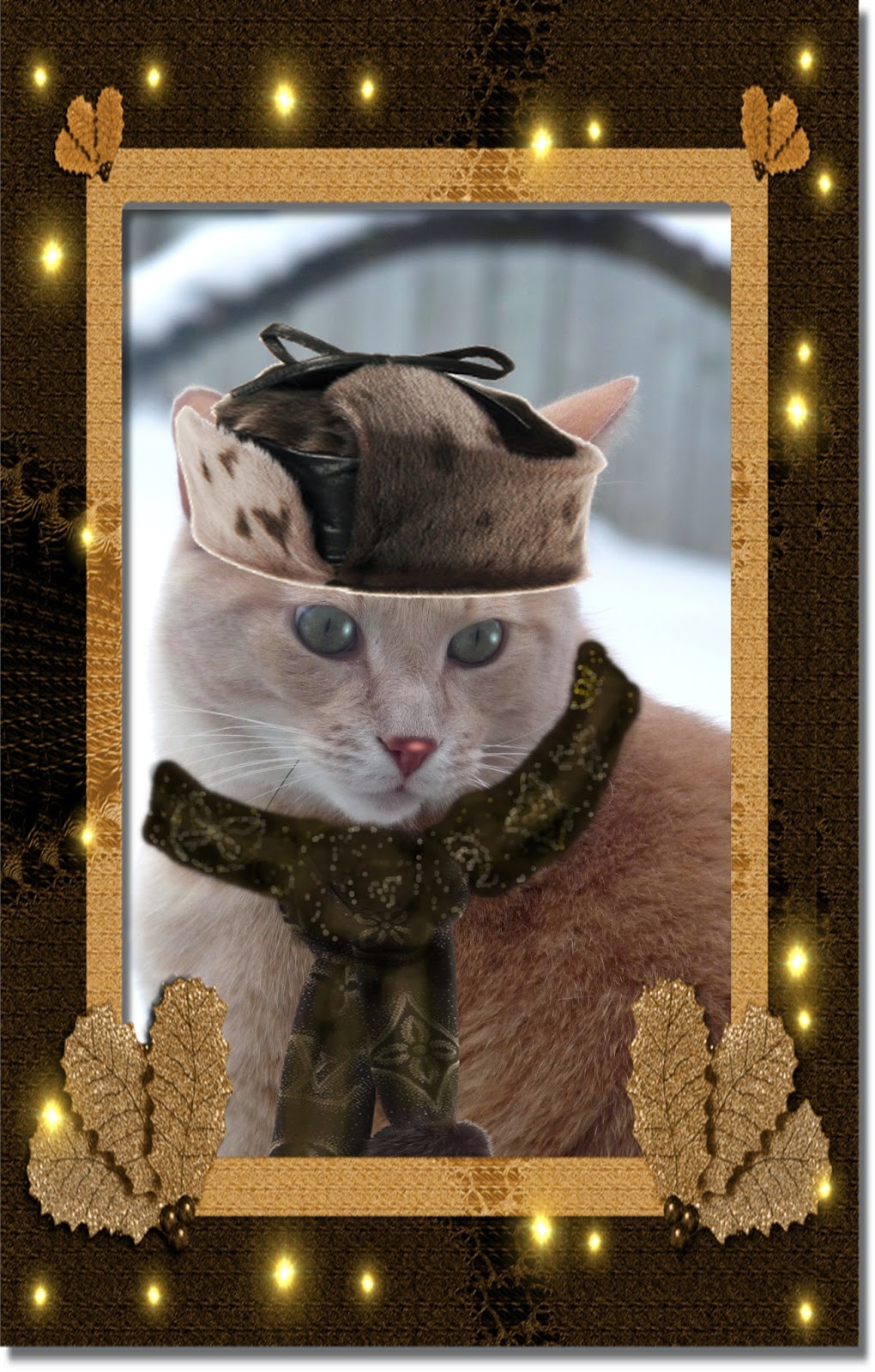 Dylan's coat, too, has grown quite thick and plush, but he still needs that extra added layer of warmth from his brown and tan faux fur hat and brown Louis Vuitton scarf.  He and Dante are quite designer conscious.

"I likes ta PURRmote feline fashun", says he, purring with his motor running.

In fact Dylan considers himself the King of Feline Fashion! 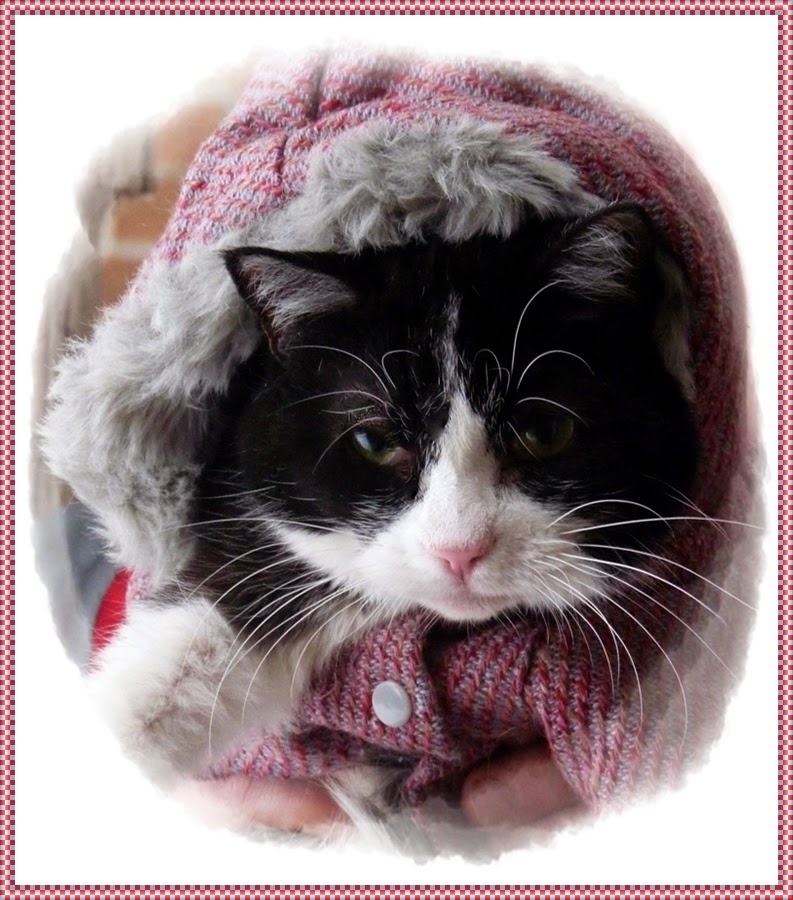 Domino, on the other paw, finds it too chilly without her fashionable pink tweed coat with gray faux fur lining on the hood.  She can just wrap the whole thing around her and not feel a thing.  She's not a wussy pussy, though -- she's just smart!