EERY IN THE GARDEN WITH DYLAN!

Dylan senses something eery in the garden! 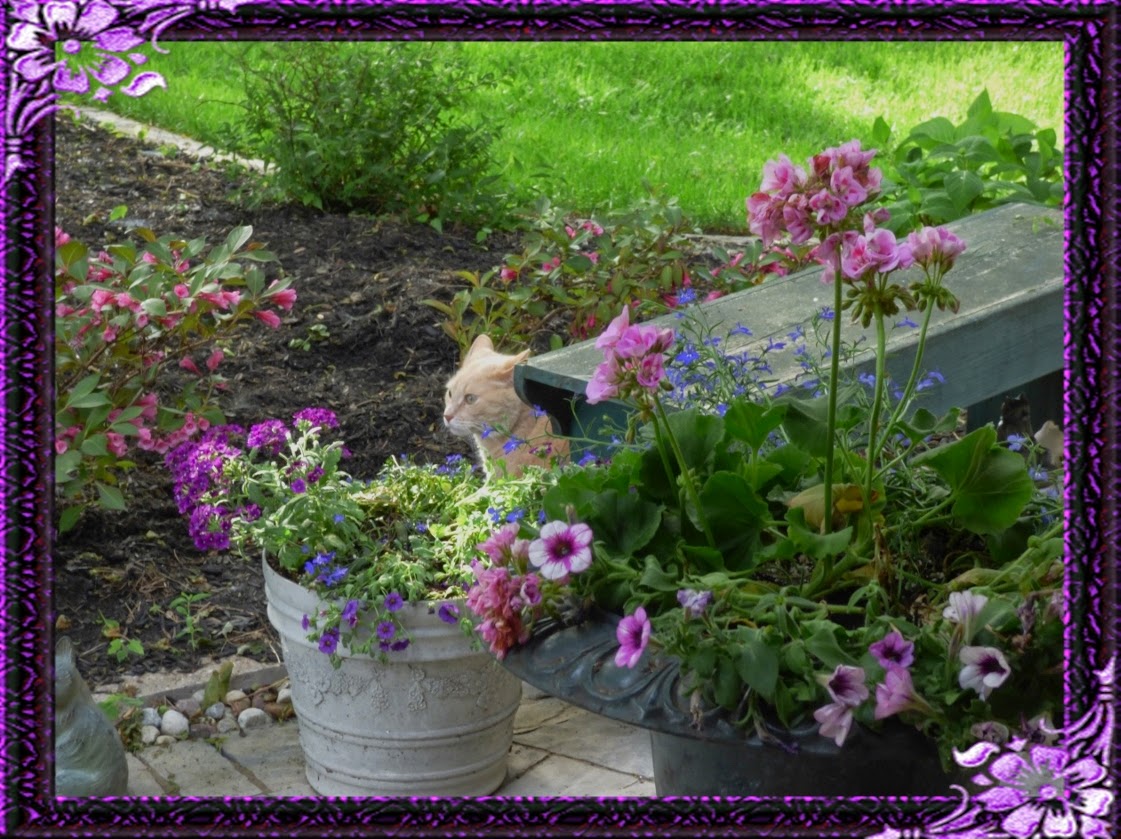 And indeed his ears are taken aback by whatever lurks within. 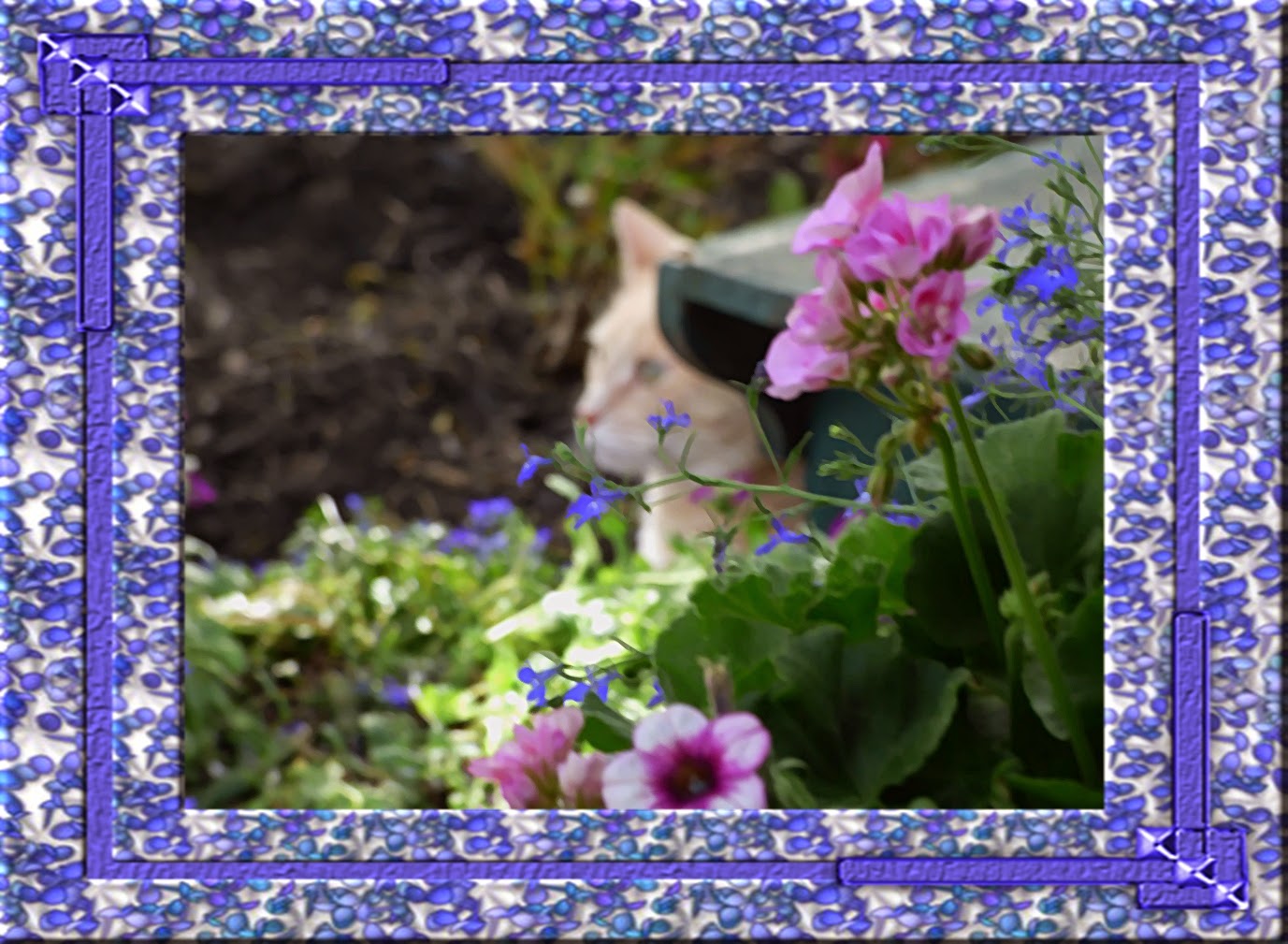 Is it something very ghostly PURRhaps? 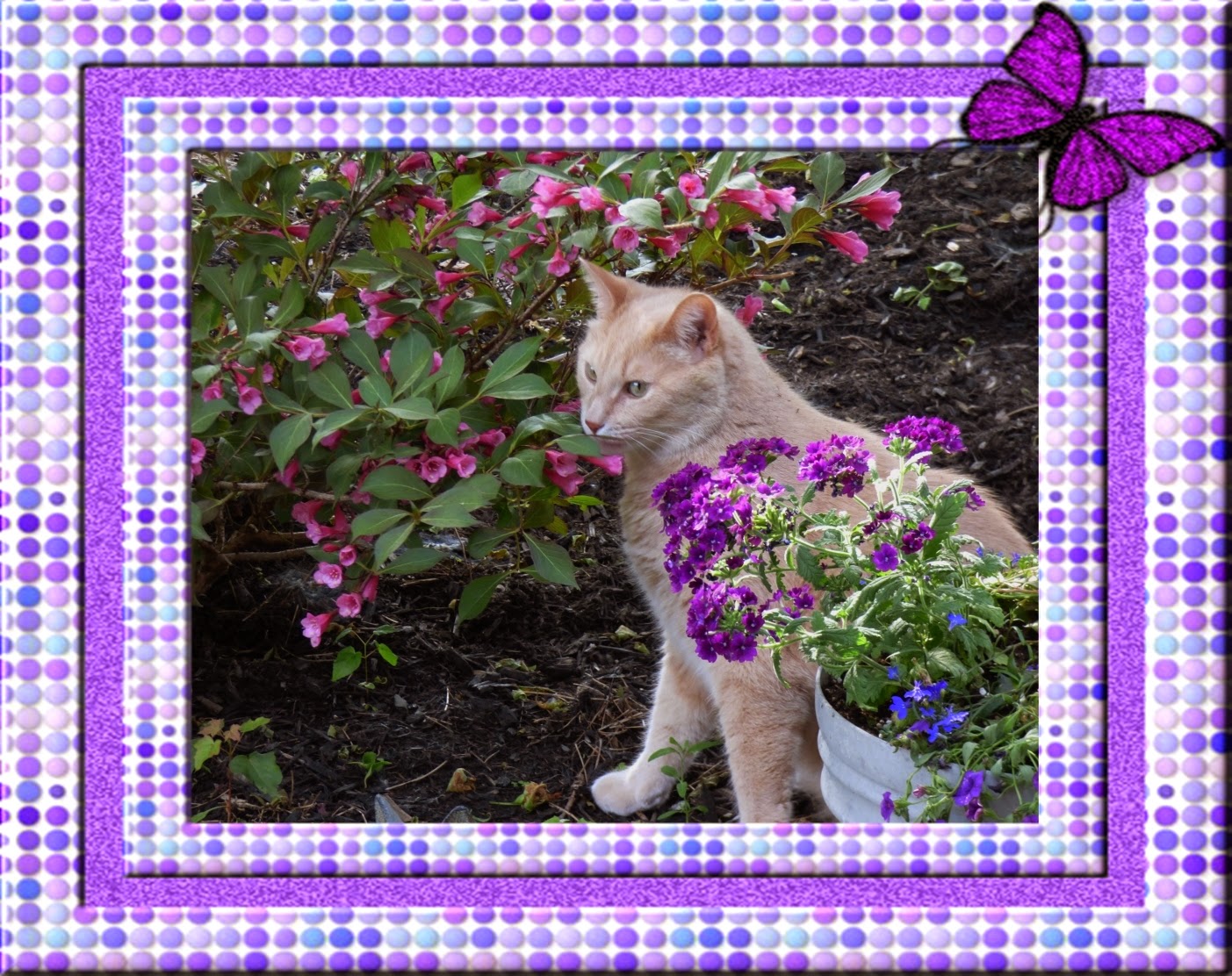 Or something more SCENTSible? 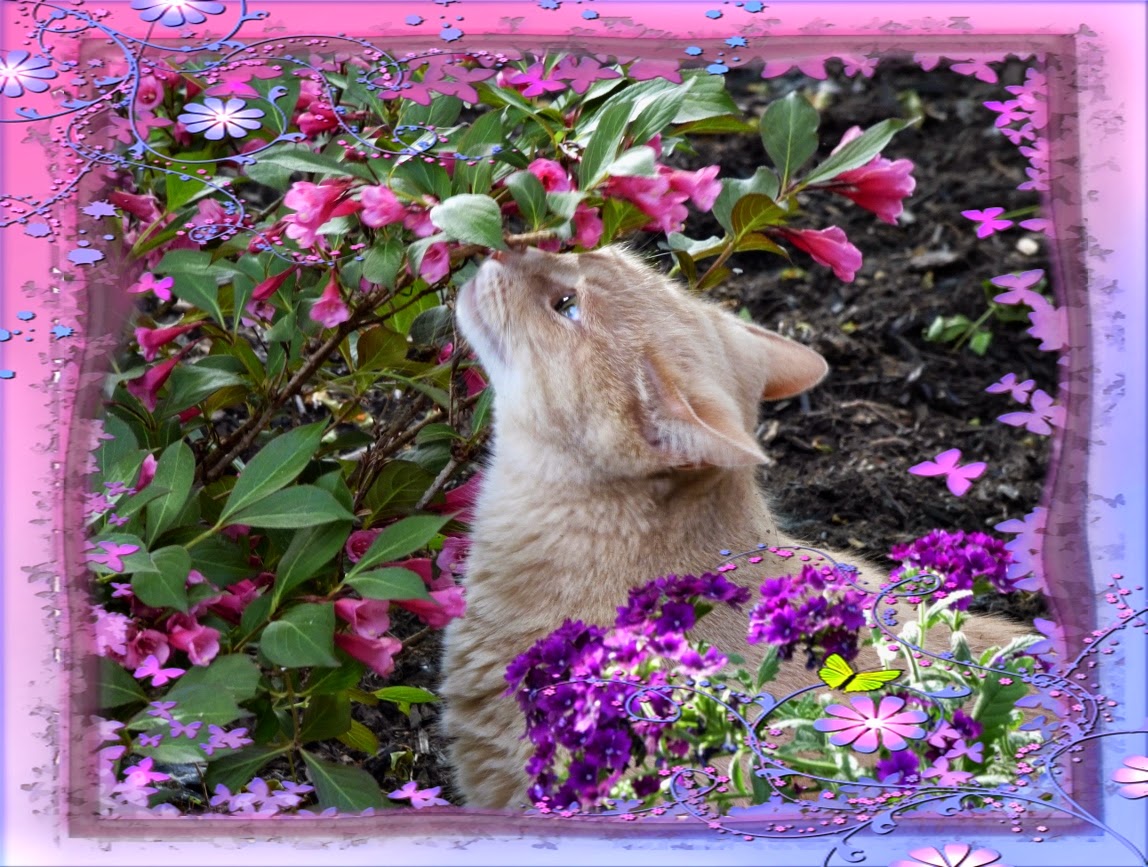 Why it's that wily wiegiela making Dylan's ears go all wonky! 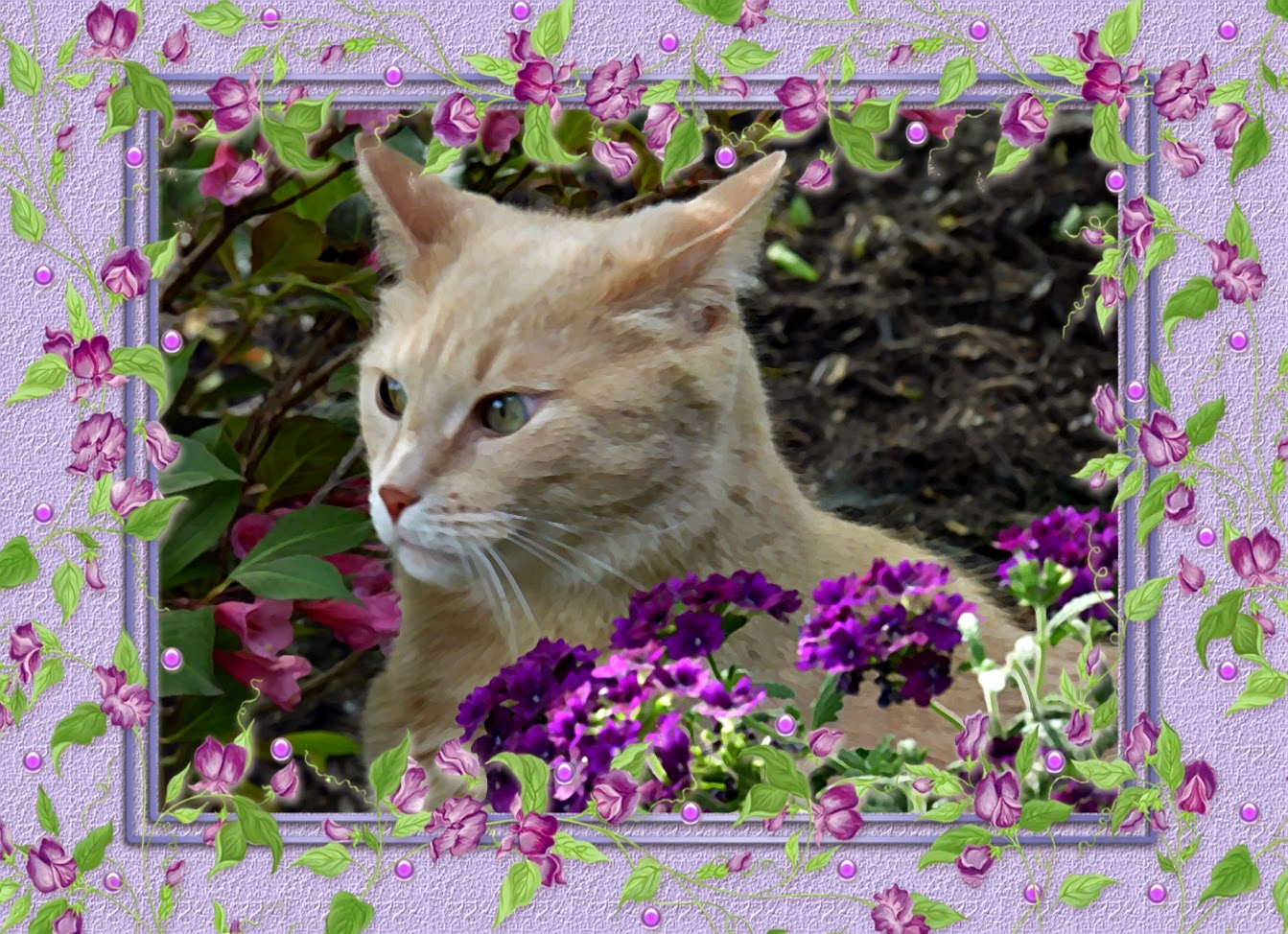 "I has finely made SCENTS of it all!" declares Dylan, though his ears are still PURRked and at the ready.
"It's my nose dat is satisfied -- my eers are still wonderin' wot's goin' on", says he.  "It always takes dem awhile ta catch up!"