Hiss-torically, Dante has claimed the garden for himself and has been in sole charge of it for many years.   However, now that all of the 3-Ds, including Dante, are getting a little older, he has decided to delegate some of the responsibility. 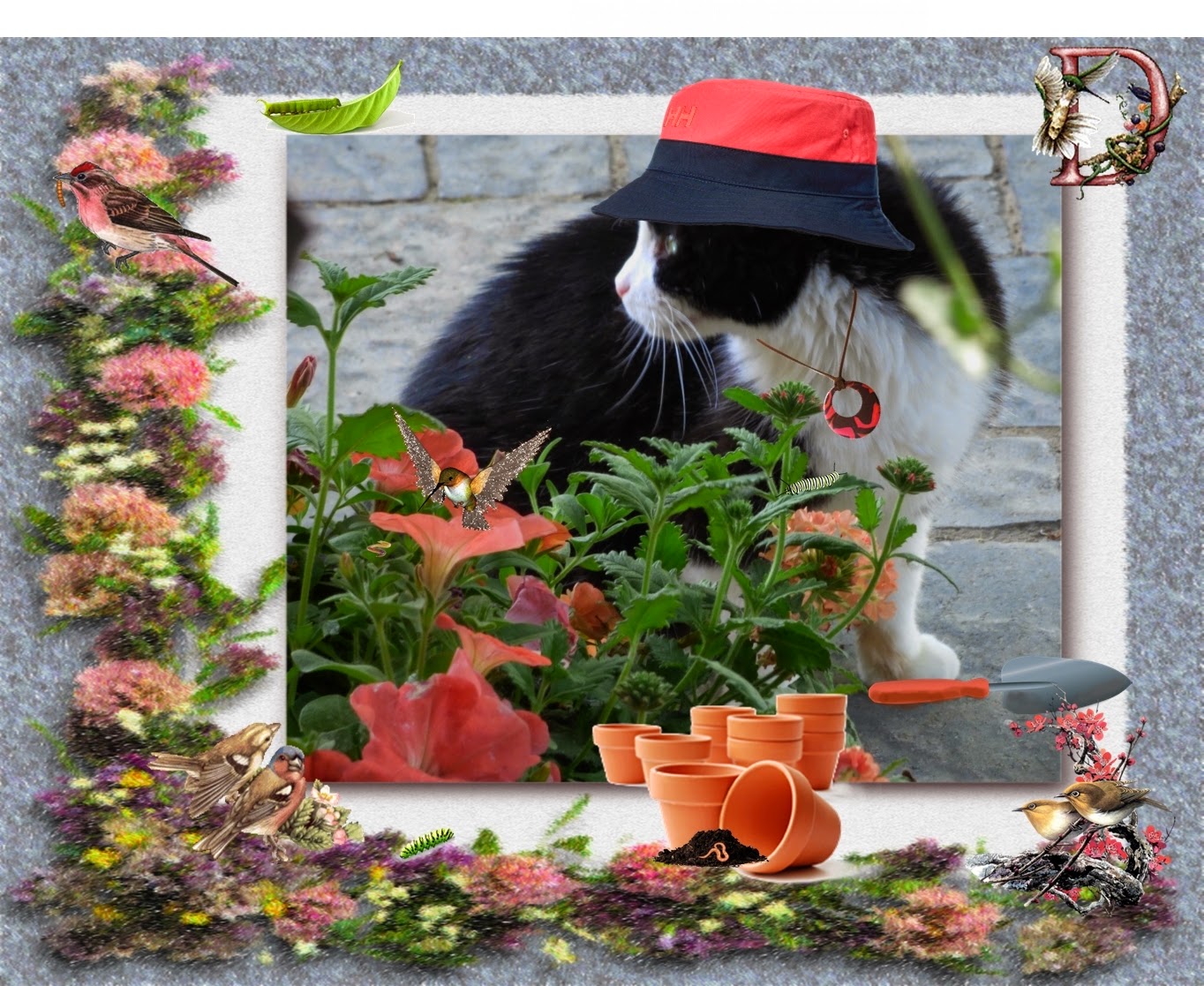 Domino has taken over all of the pot planting this year.  She prefurs to use a garden trowel when distributing the earth amongst them, so her dainty paws don't get soiled.

She's also quite chuffed that the birdies are attracted to her plants, or more specifically, the earthworms and CATerpillars that inhabit them.  "I hassa speshul affeckshun fur CATerpillars", she says "cuz dey're pillars of da cat community!". 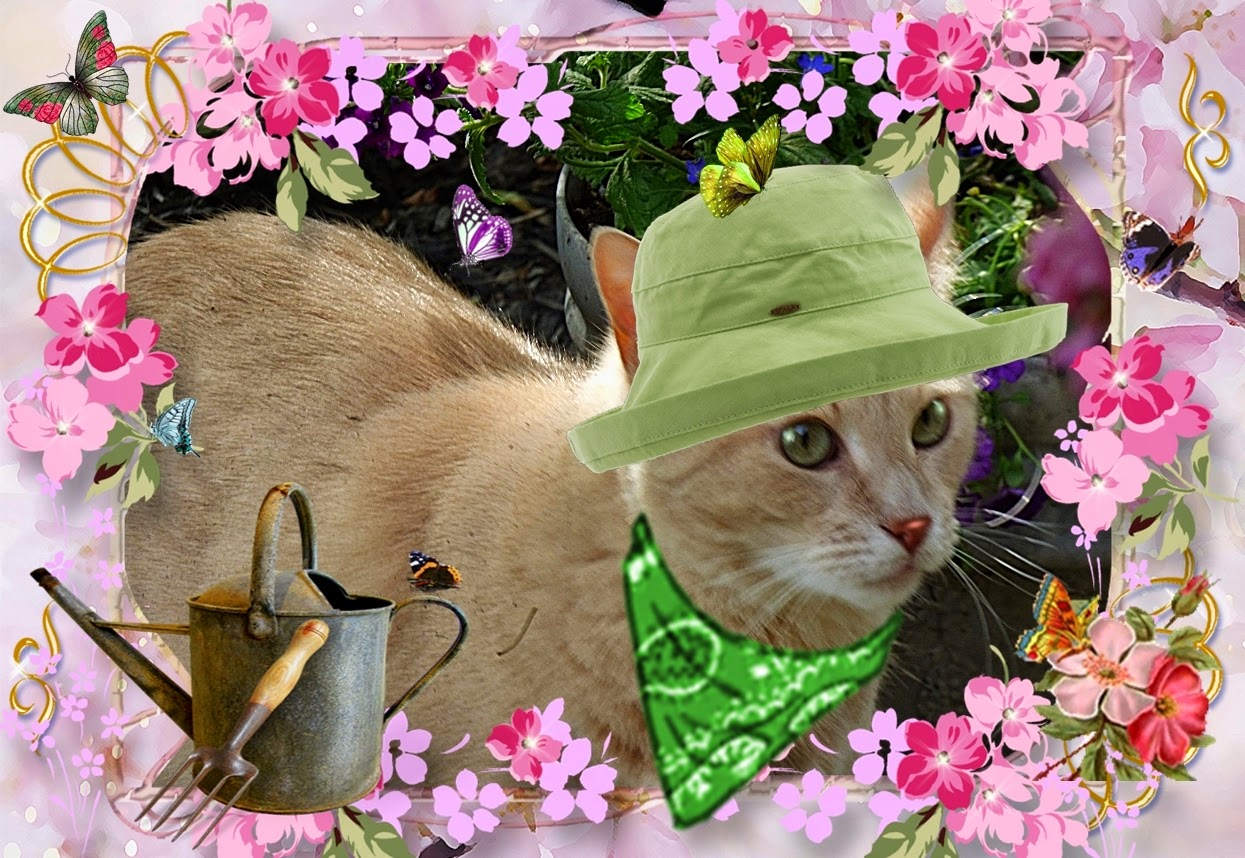 Dylan's in charge of the bushes, both flowering and not.  He has to keep them well watered and furtilized -- and, in the case of the hydrangeas, add aluminum to the soil to keep them blue-ming.

Dylan tends to get quite distracted by all of the butterflies flying about, however, so Dante sometimes has to help him toe the line.  Dylan doesn't quite understand, though, because as he says "is not my toes dat is da problem!" 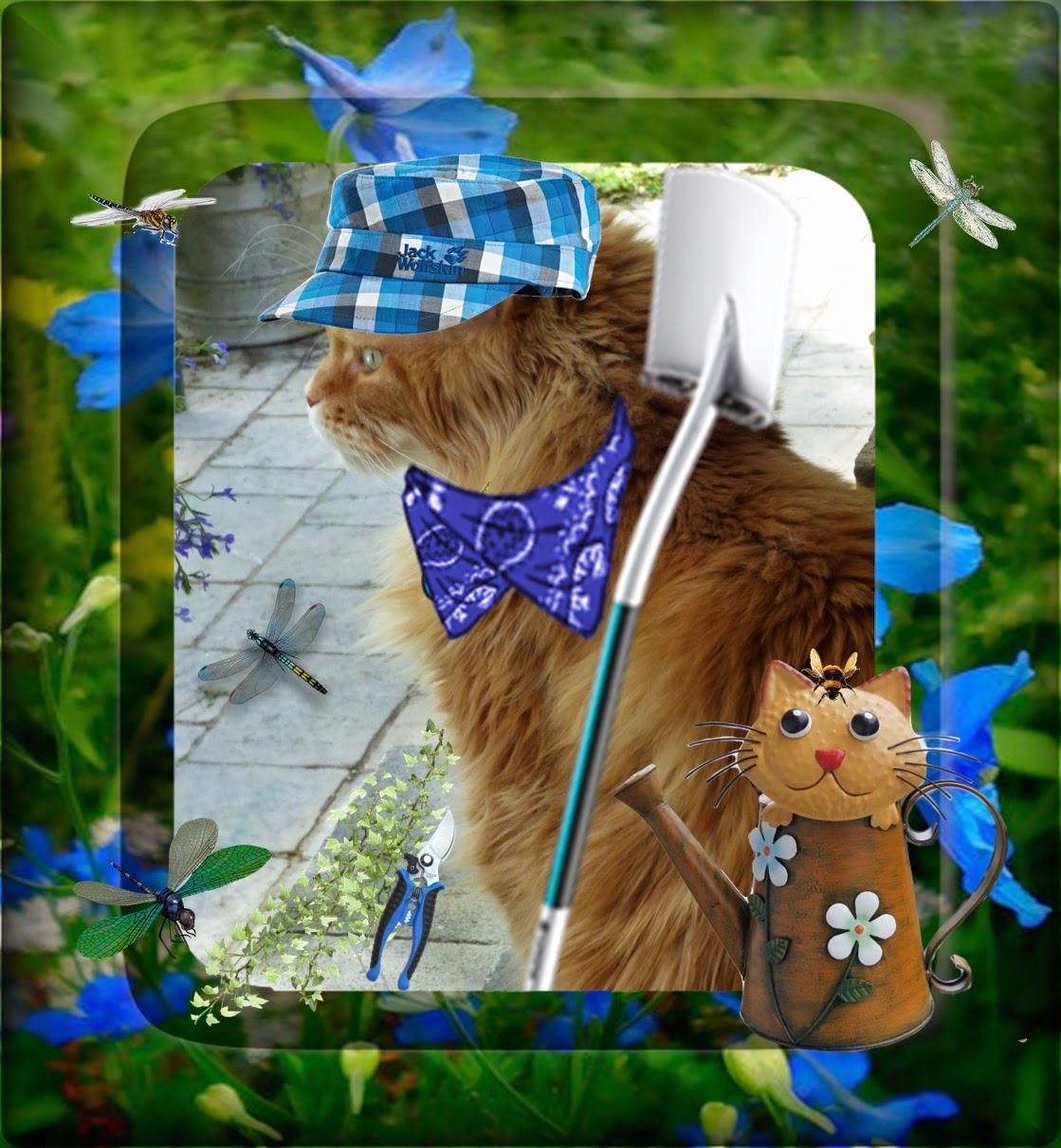 Dante is still Gardener-in-Chief and oversees all of the work that goes on.  He has his shovel at the ready in case Dylan or Domino need a little PURRodding.  And he has kept the task of PURRooning the plants and bushes to himself as that requires a very deft paw.

"Yoo kin nevah BEE too careful", says he "wen it comes to our PURRecious garden."

This year Dante has noticed a plethora of dragonflies about so that shovel may have yet another PURRpose  -- as a dragonfly-swatter, of course!  It seems that as far as the dragonflies are concerned, the die has been cast.