Dante, Dylan and Domino each have their own unique style albeit one is just about as funky as the other. 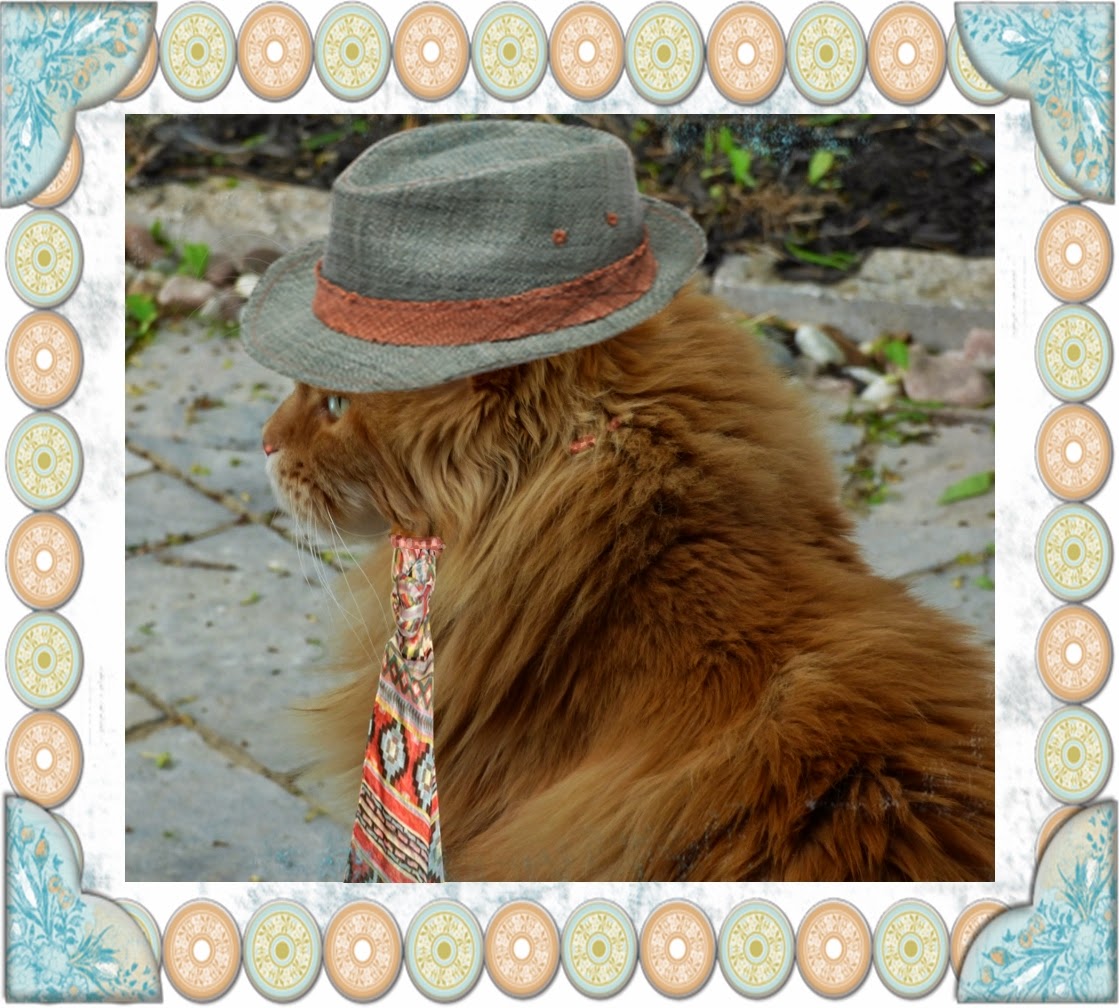 Here is Dante in a pale green fedora with a clay-coloured band.  This mix of colours just suits him to a tee -- as well as to a tie!  "It makes me a liddle hot undah da collah, howevah", says he. 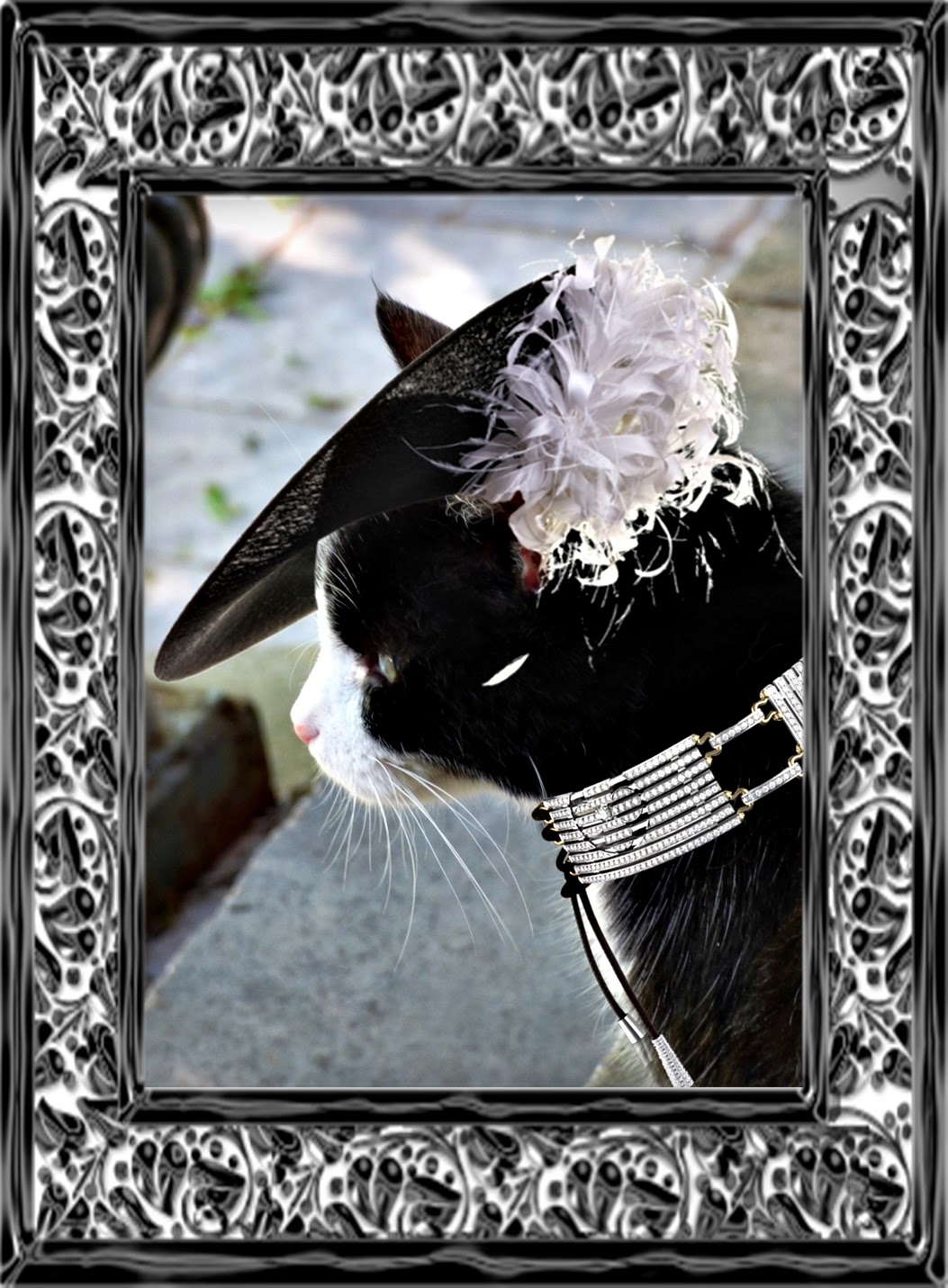 Domino's very chichi in her black tilted hat and white-feathered accompaniment.  SHE-SHE's also wearing a white beaded choker which is a statement all on its own. Some ladycats will do anything to be beautiful ... "even warin' a CHOKE-HER ... cough, cough!"