It's Domino's turn to guide the garden tour today. 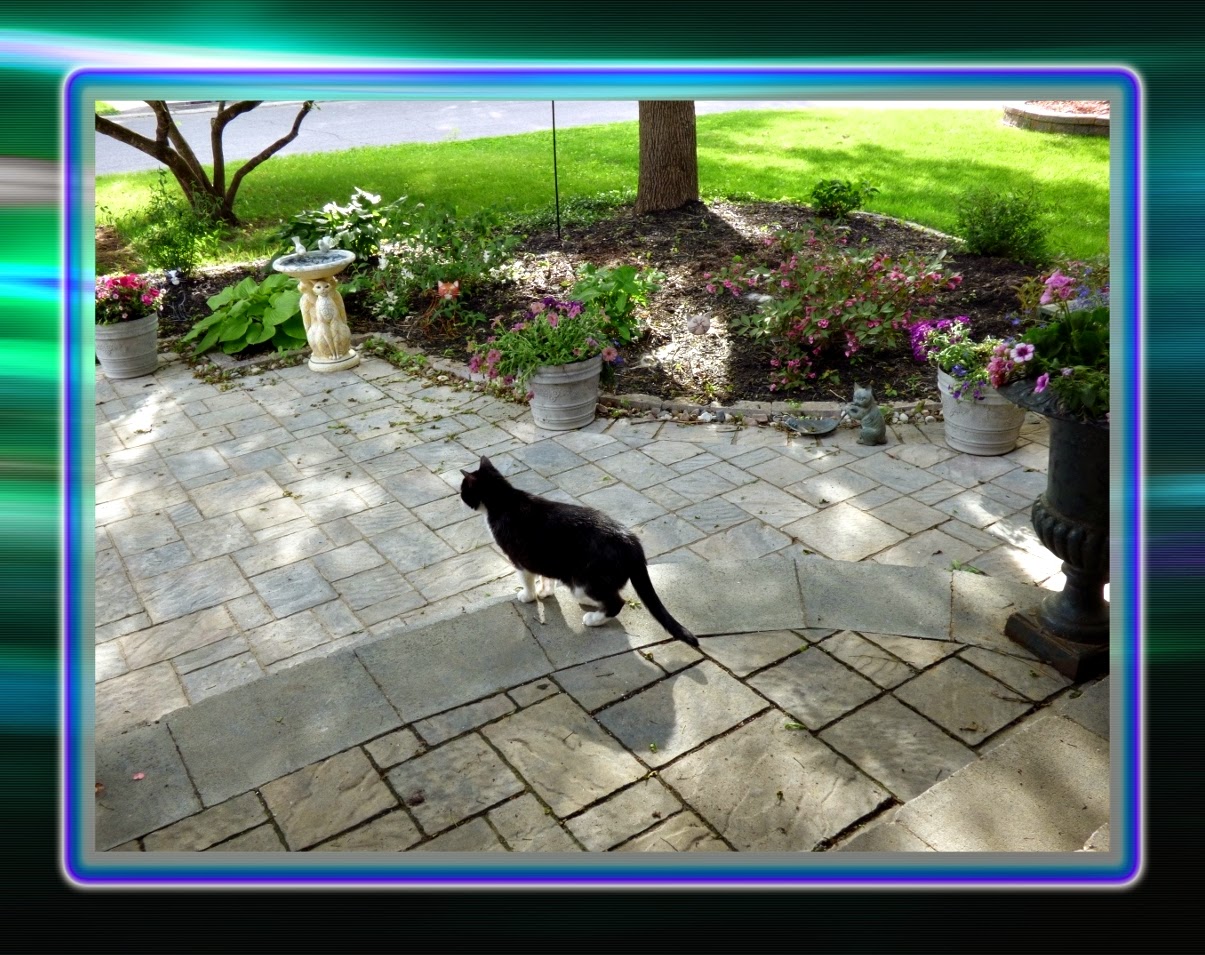 "OK efurrybuddy, line up behine me and lissen closely cuz I will NOT repeats myself (ecksept if I has gas, acourse.)"

Ah yes, for every rule there is an exception.  At the start of the tour, Domino shows off the garden in its entirety, so the tour PURRticipants can appreciate its beauty in full. 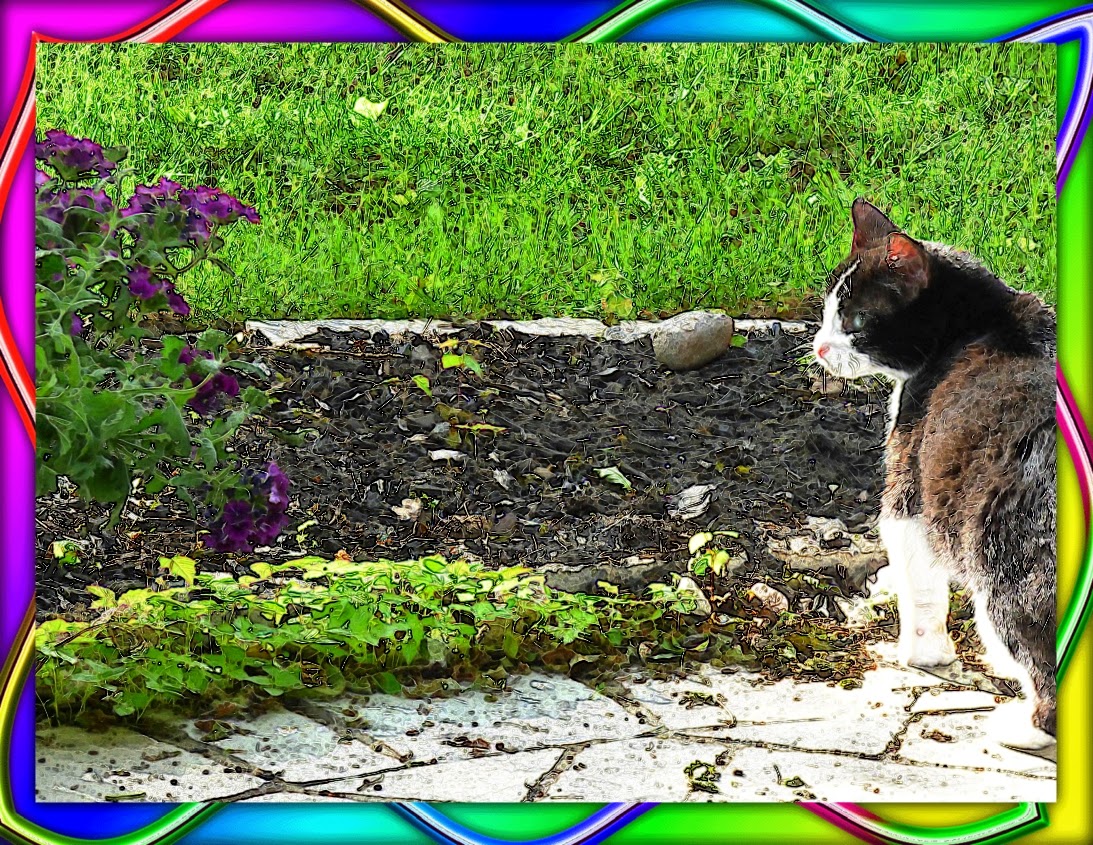 Then Domino proceeds to the very edge of the garden which borders our neighPURR's property. 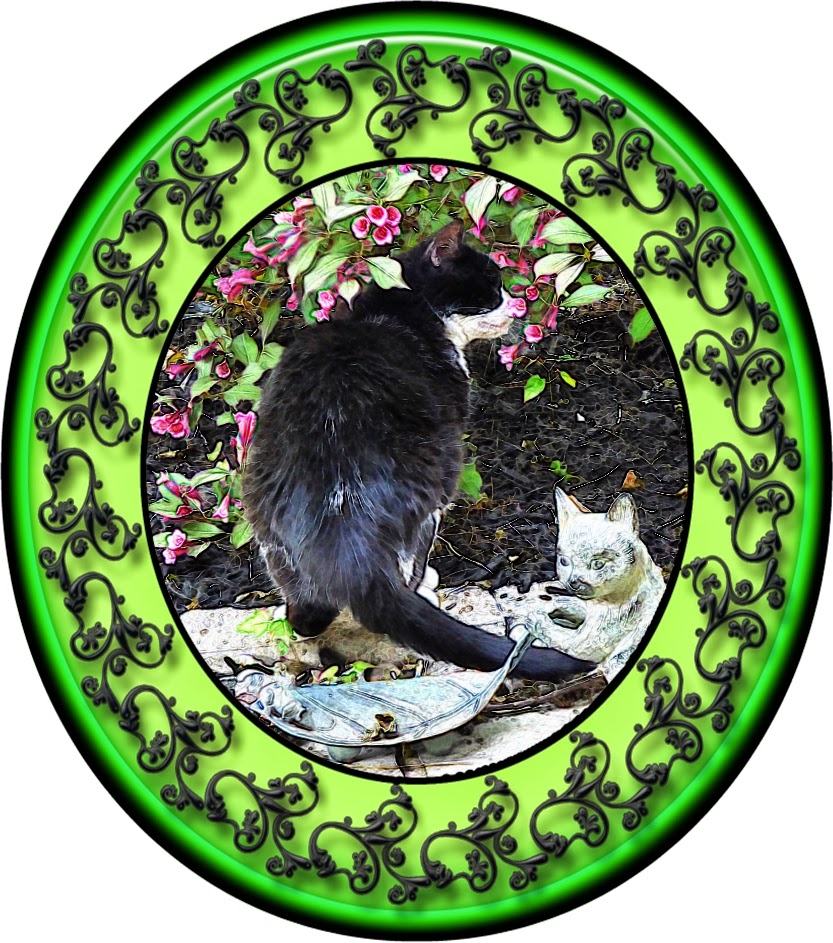 Domino quickly moves on to her favourite -- the wiegela bush -- which as far as she is concerned is heaven-scent.

"Look but doan touch", says she to the others.  "If even wun blossum falls off dis bush, I'll charge yoo wif vandalism!"

Wow!  Domino is being just a wee bit overPURRotective don't you think? 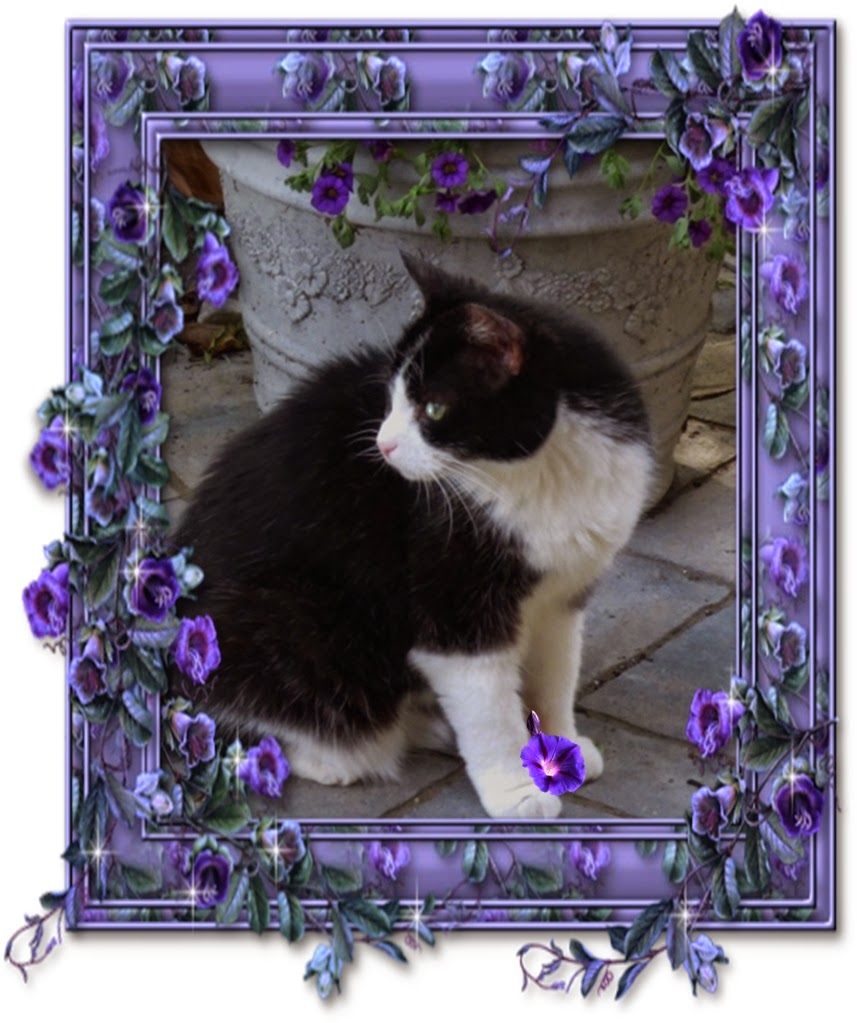 As if to establish her dominance over the tourists, Domino then plucks a bloom herself.

"Glory, glory hallaylooya!" she sings as she shows off the purple morning glory to efurryone. 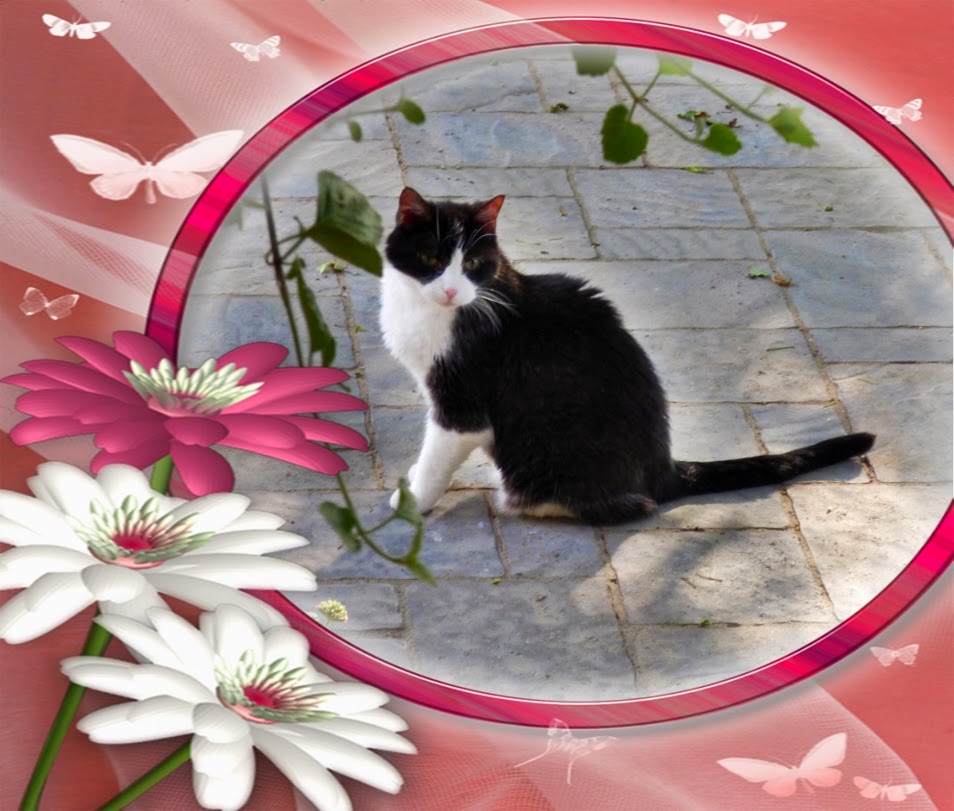 Domino moves on to the last stop on the tour which is at the extreme opposite end of the garden from where she started.

"Dis is ware you kin pose fur pichurs", she says.  "I has a furtografur all reddy to snap.  Each shot will cost $10, but if yoo wonts wun wif me in it, it'll cost yoo dubble."

Domino certainly puts a high PURRice on her celebrity CATche! 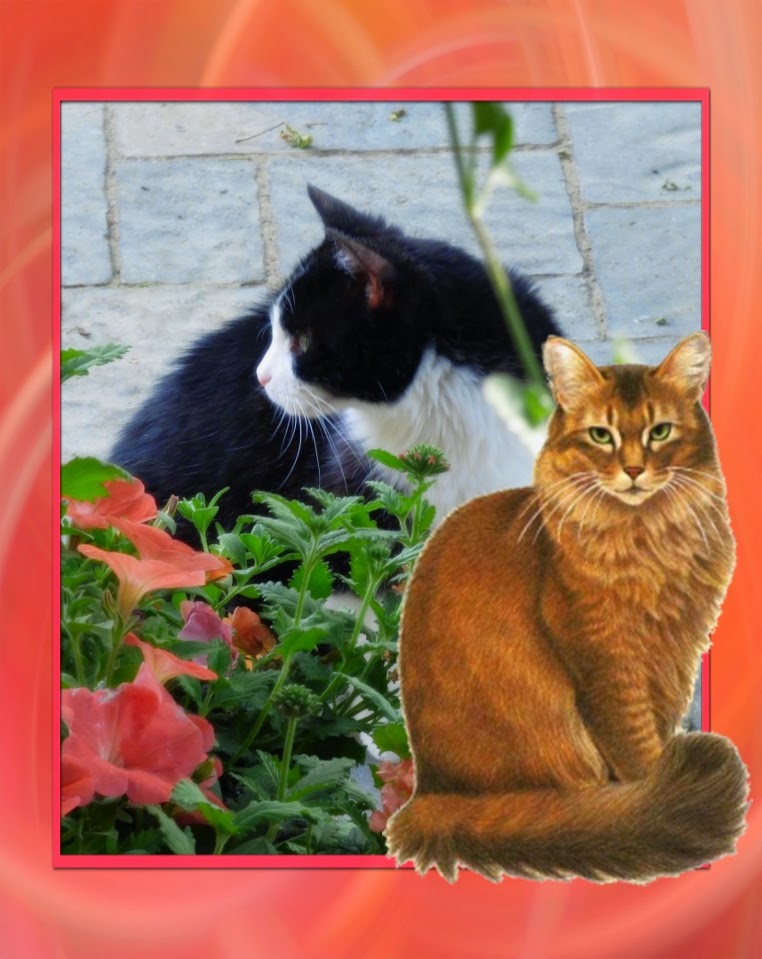 And no wonder!  Just look at this one.  It certainly is a fitting souvenir of this speCATular tour.

And this tour PURRticipant looks like he could be a close relative of Dante's!

"We has no fambly discount", says Domino who is anxious to maximize her PURRofits. 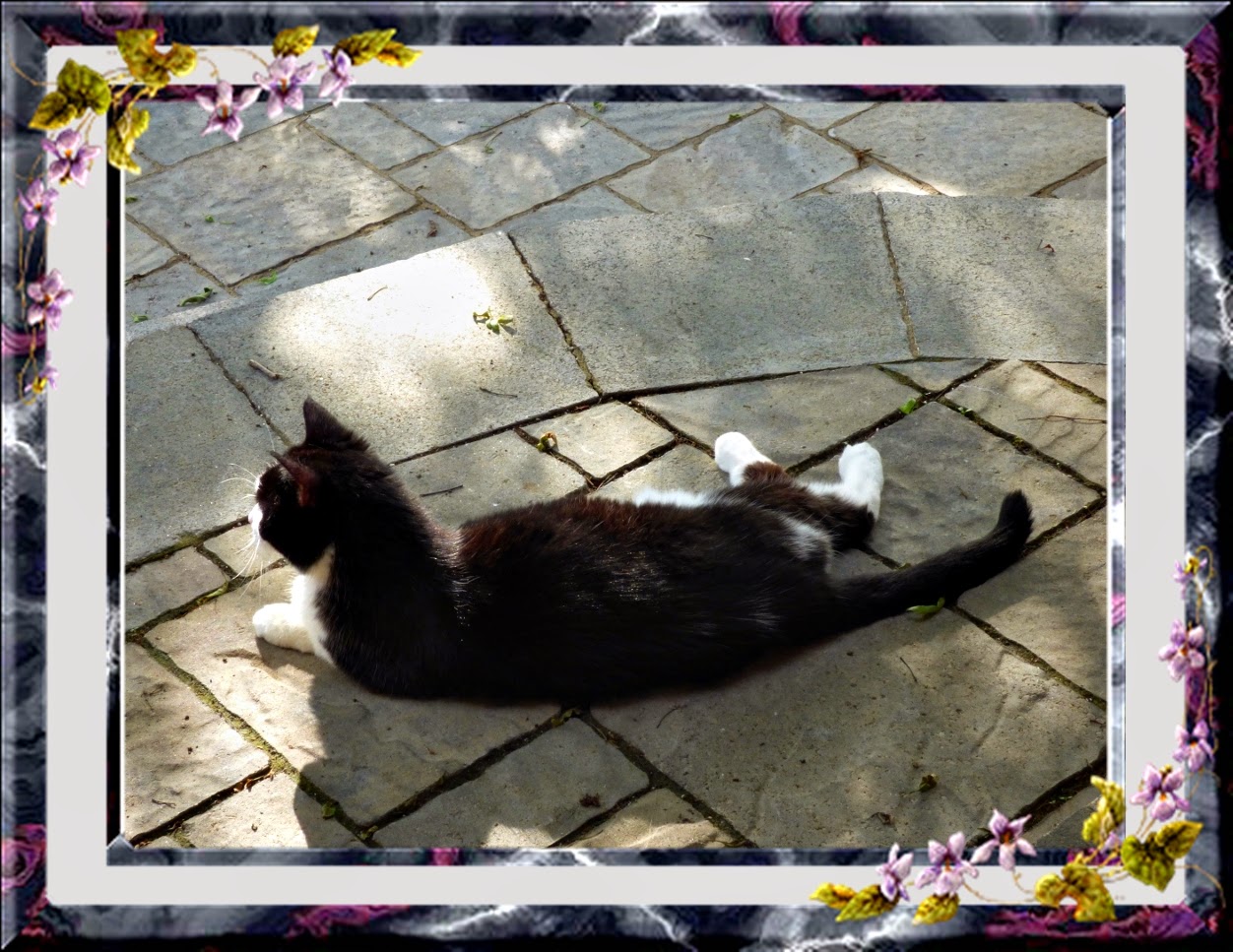 Finally, the tour is over and Domino can relax. 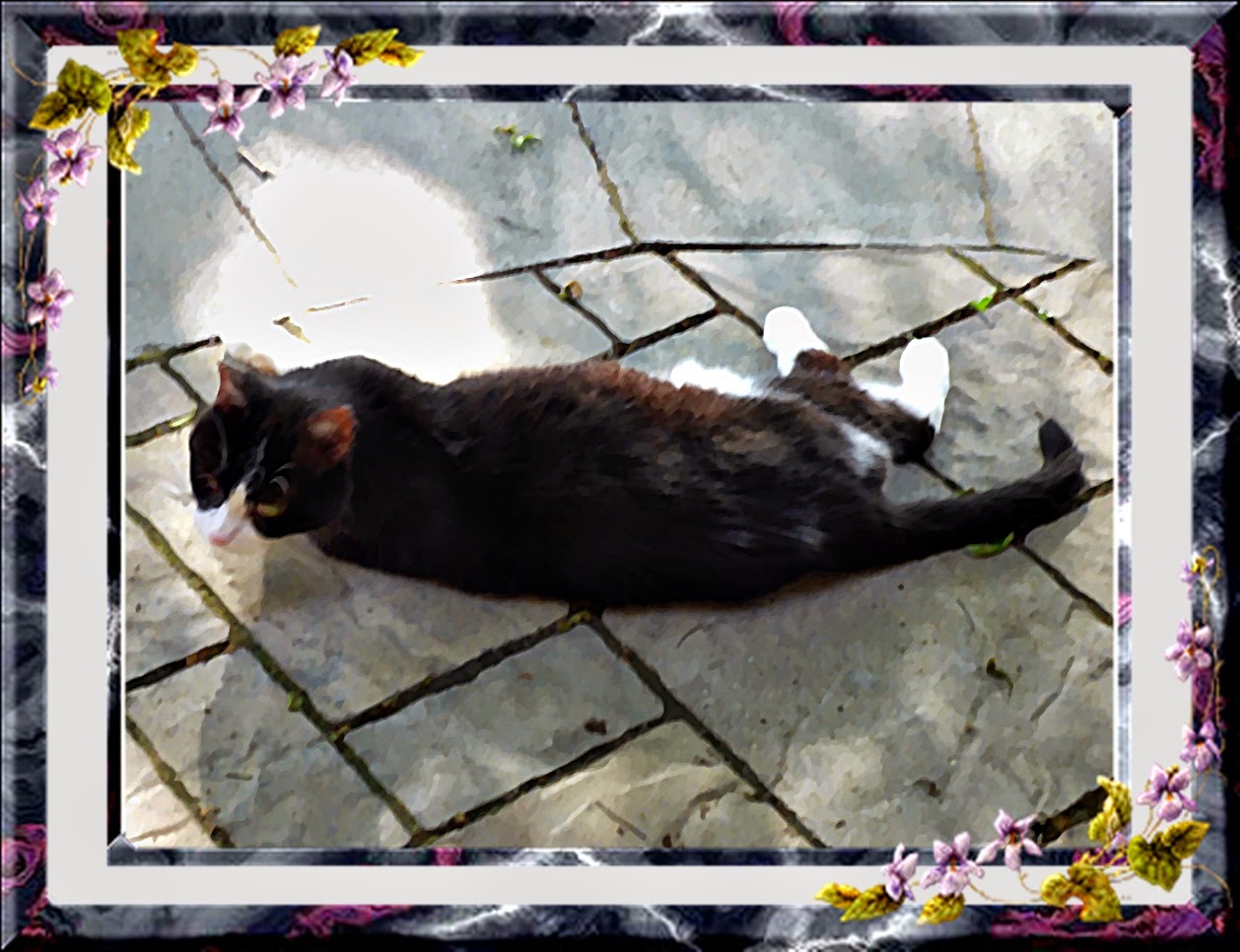 All she can say is "CAT-ching!" 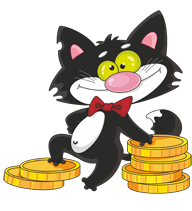