DOMINO & DYLAN IN "THE LADYCAT VANISHES"

Somewhat like "The Lady Vanishes", a film about a young lady who disappears on a train, Domino is plotting her own vanishing act.

Dylan is always hovering about, and sooner or later you know he's gonna do something stupid! 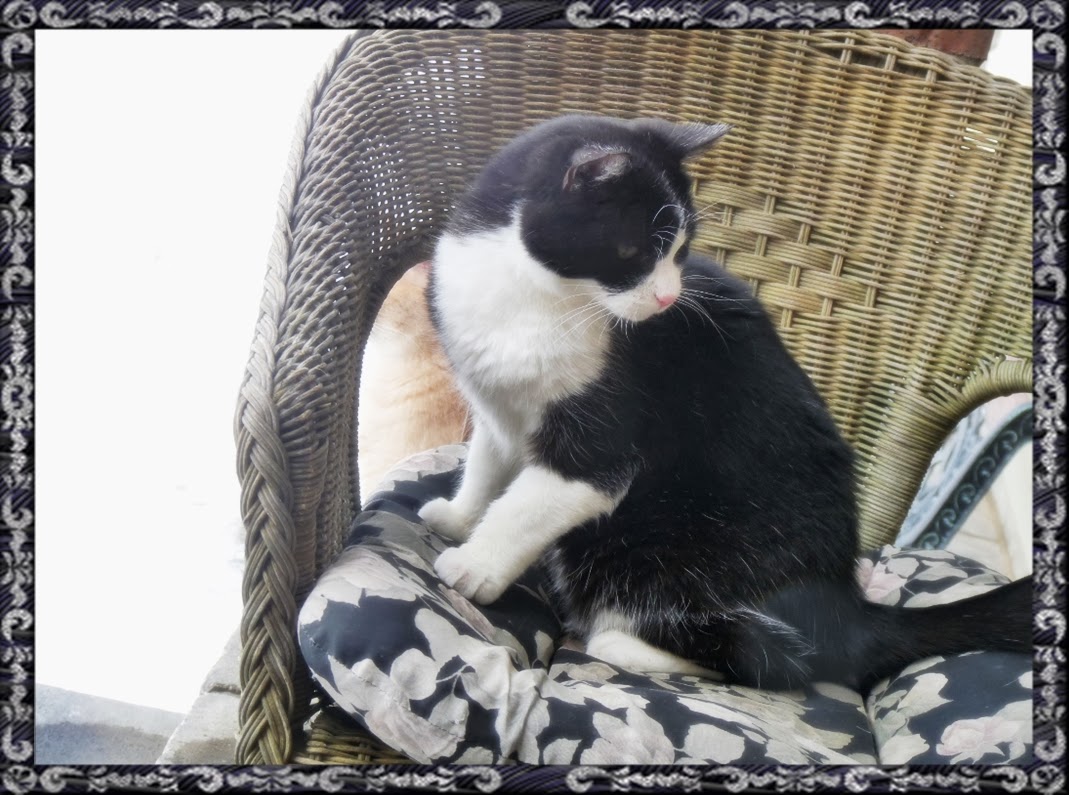 Domino doesn't even have to look to know that Dylan is behind her.  She can hear his heavy breathing. 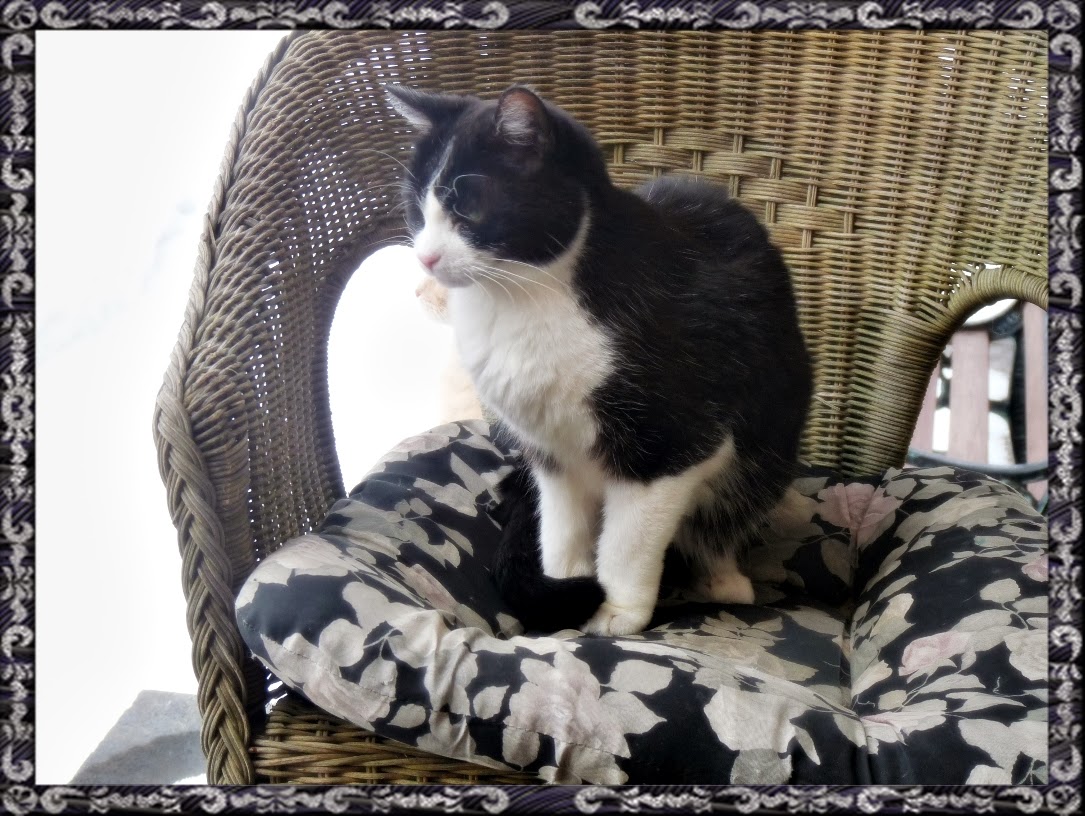 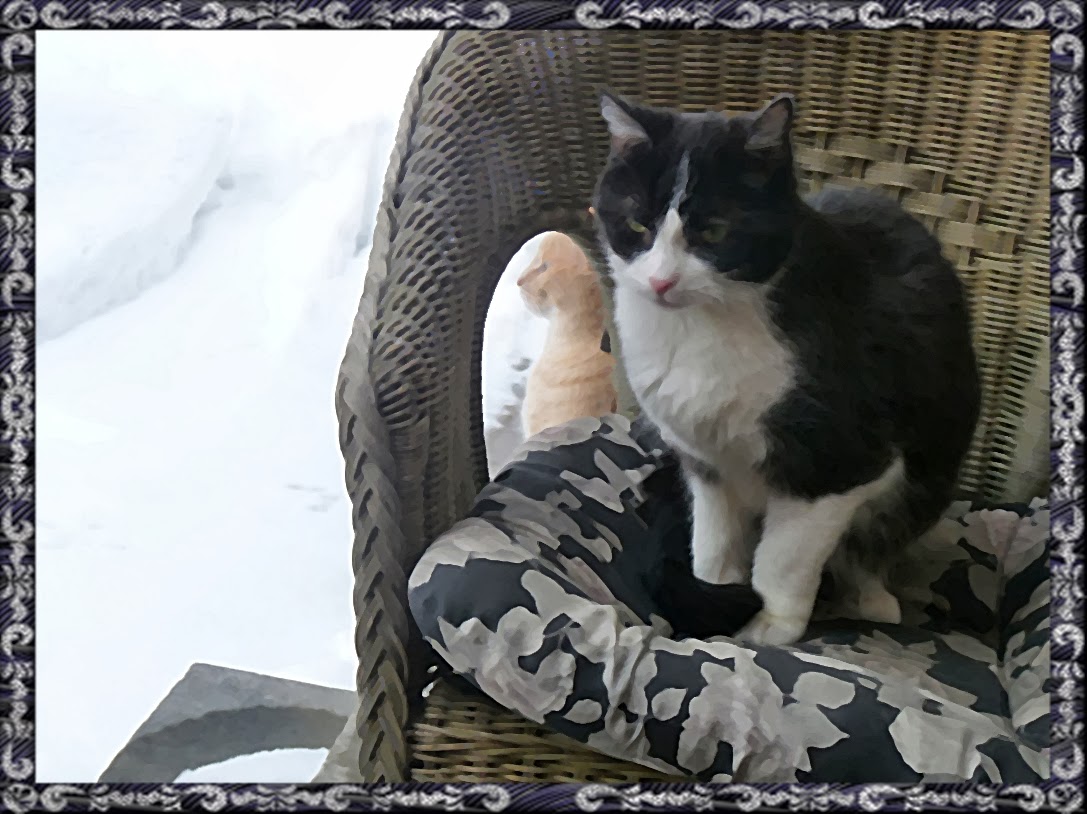 Domino knows she can't completely ignore him, so she keeps watch with the eyes in the back of her head. 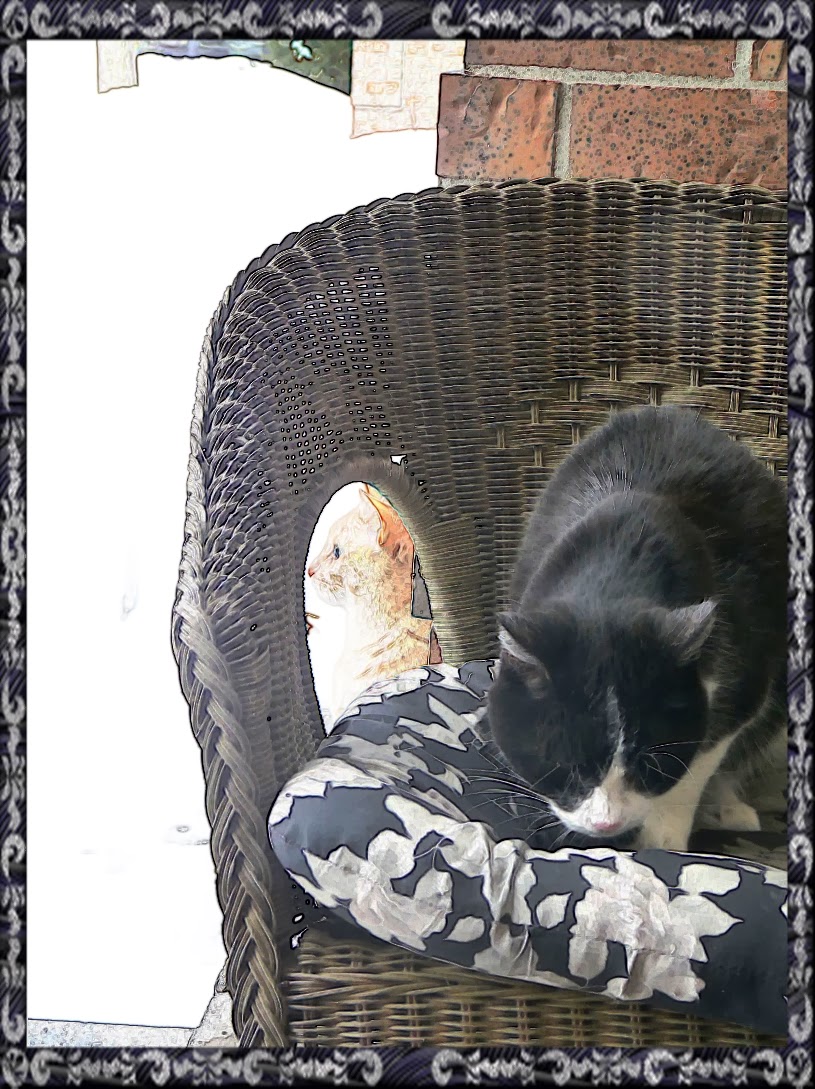 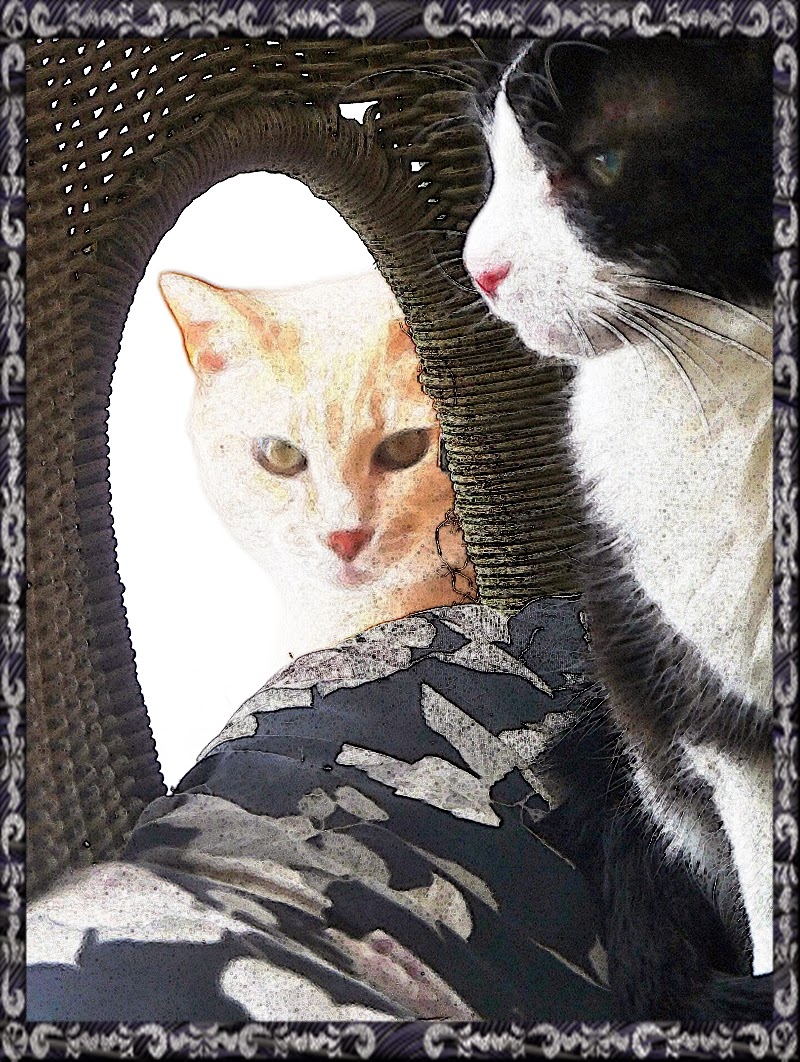 "We kin see fings wifout even lookin' at 'em." 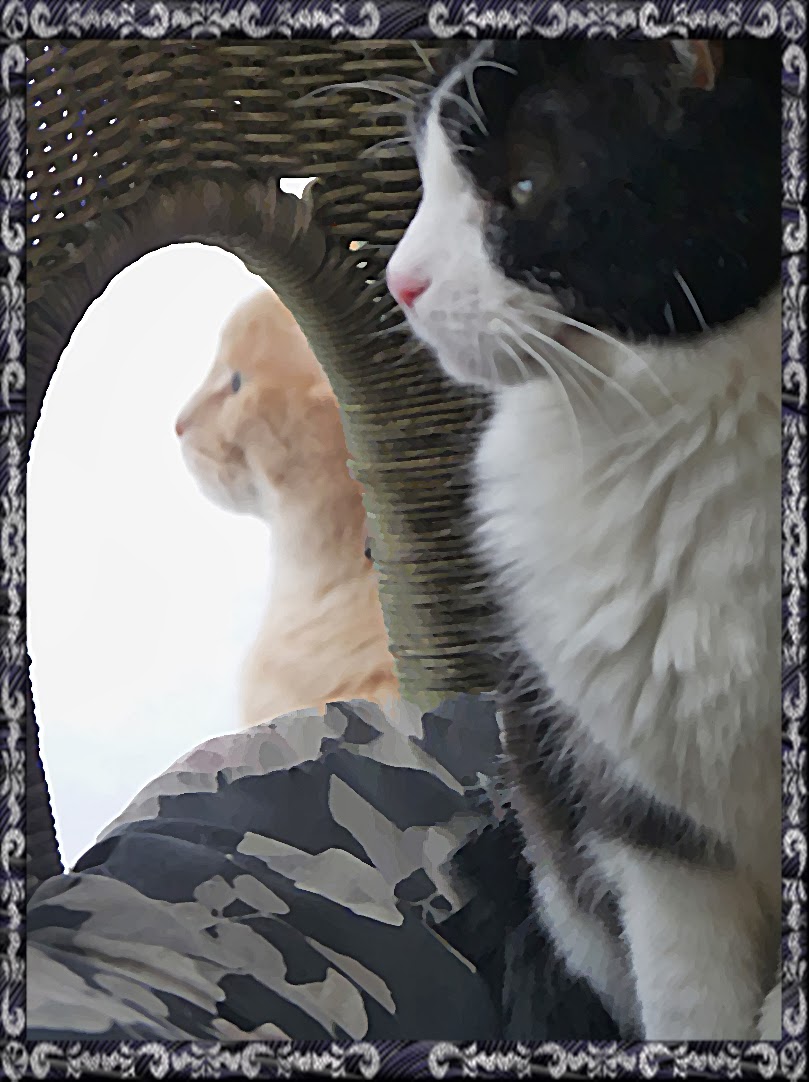 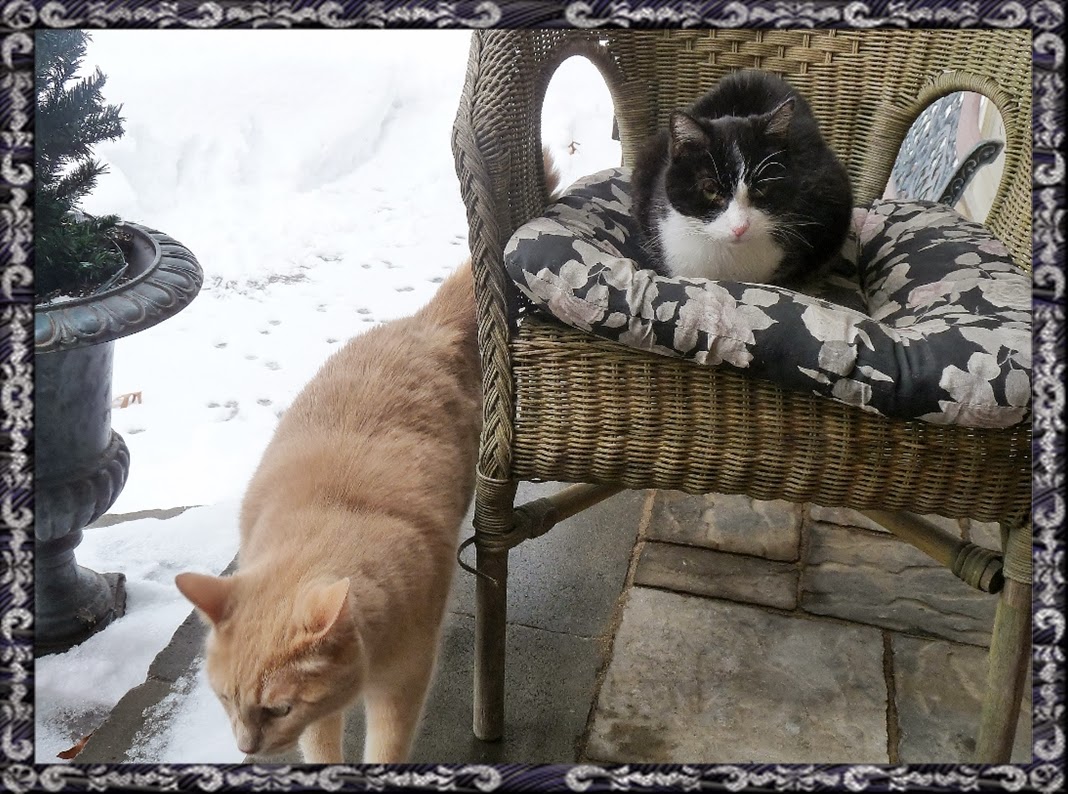 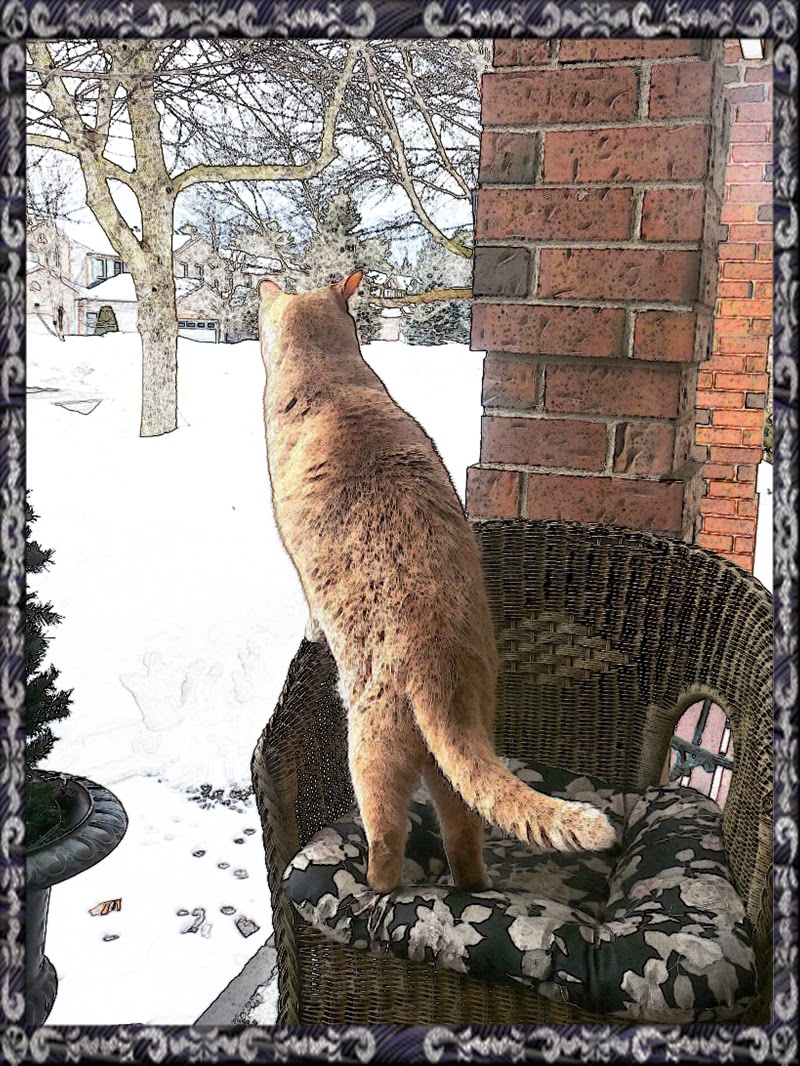 It's all a matter of Miss Direction!