Sometimes it's not just the photograph, but the frame that can tell the tale.

Domino was outside on the prowl when these pictures were taken.  I moved around to try to get different PURRspectives, but in the end they all rather looked the same.  The story is more about me and to what lengths I will go to get a good shot. 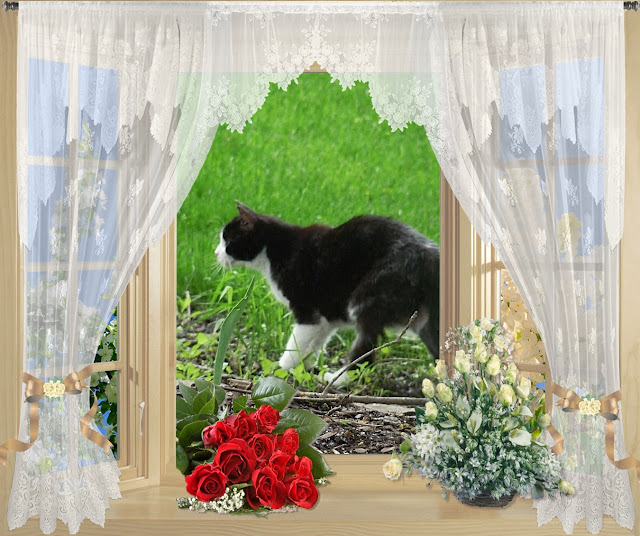 First I glanced Domino outside the living room window. 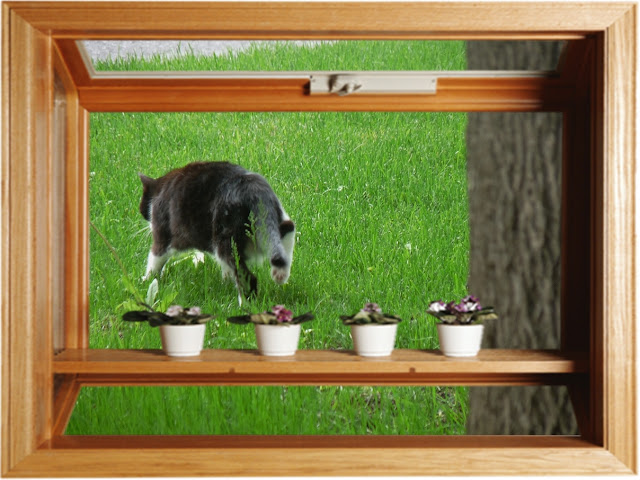 I moved into the den to get a better view, but the tree was in the way. 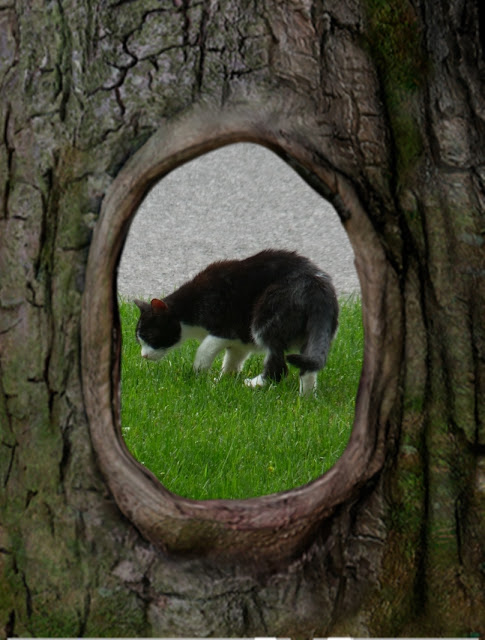 So, I took a shot from inside it (the tree, that is).  And Domino was none the wiser.

Finally, I went underground.  I used a PURRiscope lens to get this shot. 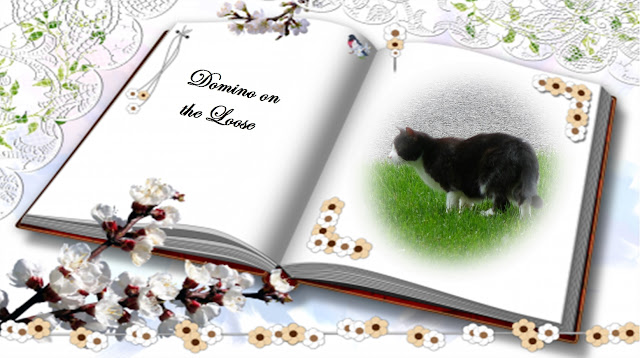 After the photoshoot was over, I went back inside and pasted some of the best pictures in Domino's photo album.  Someday she might want to look back and remember the days when she was footloose and fancy free!  Wouldn't we all?
Posted by CCL Wendy at Tuesday, May 28, 2013