It's Mother's Day and like many of you, my cats are my babies.   No matter how old they get, they will always be my babies.

So for today -- because it's Mother's Day and I am their mother -- I have dressed Dante, Dylan and Domino like the babies they truly are.

Each of the 3-Ds is wearing a baby hat and sucking on a 'PUSSifier'.  They have also each chosen their faFURite stuffed toy to snuggle.  It's amazing how, even as babies, their PURRSonalities are already quite formed. 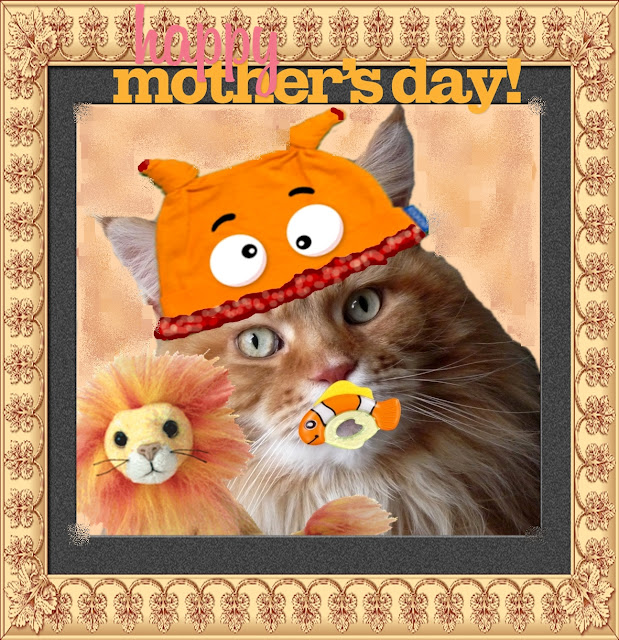 Dante is wearing a GOOGLY-eyed baby cap with horns.  Mama thinks this is quite appropriate since Dante likes to help her by 'Googling' whatever she's searching for on the Internet!  And nothing PUSSifies him more than sucking on a fishie.  'CALM ON, efurryone and giffs it a try -- is verreh joosy!", says he.  Dante is also holding on tight to his stuffed lion.  Since lions are his role models, he keeps one on a short leash wherever he goes.  "I likes ta keep my lion ware I kin see him so he's nevah outta mind." 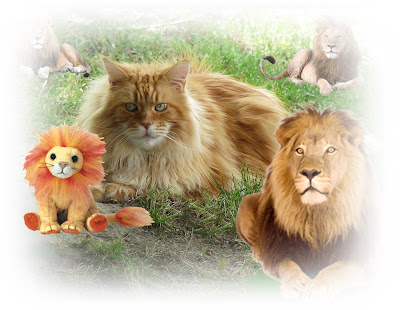 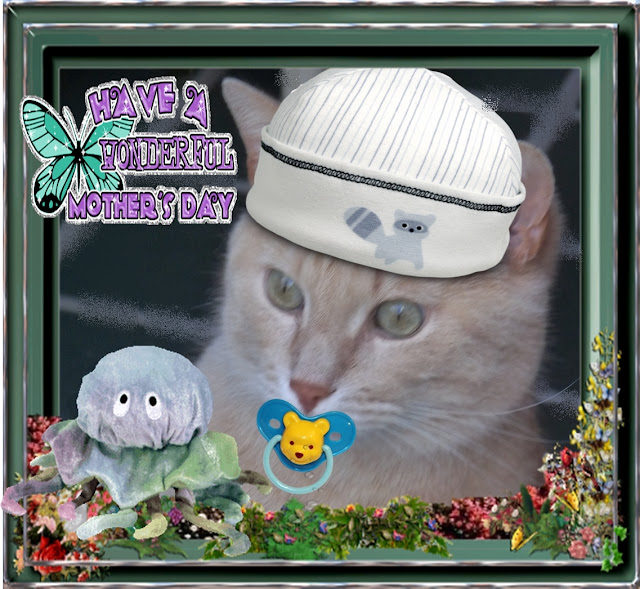 Dylan is sporting a raccoon baby cap.  Dylan identifies with raccoons because they, too, are very curious.  However we all know that Dylan is also a 'scaredy cat', so when he finds things a little too hard to BEAR, he PUSSifies himself by sucking frantically on 'Winnie the Pooh'.  So little wonder his stuffed toy of choice is a jellyfish.  When they see something scary, they can latch on to each other and quiver together! 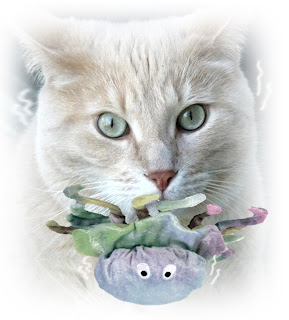 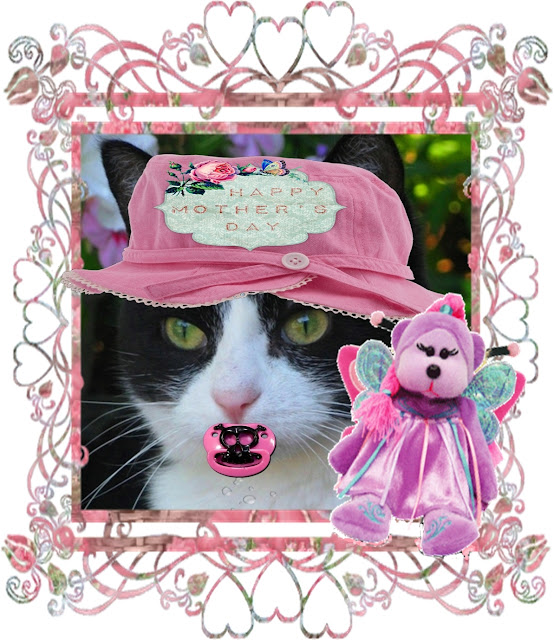 Domino is wearing a pretty pink baby sun hat with lace trim.  As you may know, Domino has a dual PURRSonality.  She can be both sweet and fierce, and here she is being both at the same time.  She wears her skull-adorned PUSSifier as a nod to her edgy side!  Domino decided to bring her stuffed-bear fairy as her faFURite toy.  "Wunce upon a time, I wuz a fairy, too", says she, as she reminisces about her days as a winged wonder.  "I was weely fly!" 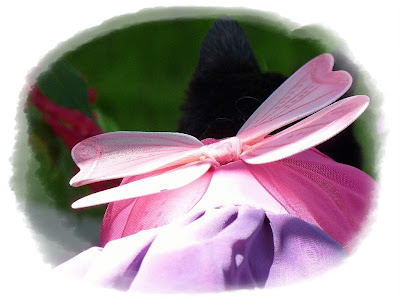 So, I want to thank each of my babies for indulging me today and humiliating themselves just to make me happy.  They have each wished me a "Happy Mother's Day" in their own way.

I also have a human son named Ryan.  He is not quite as furry, but very nice to look at anyway.  He has two kitties of his own. 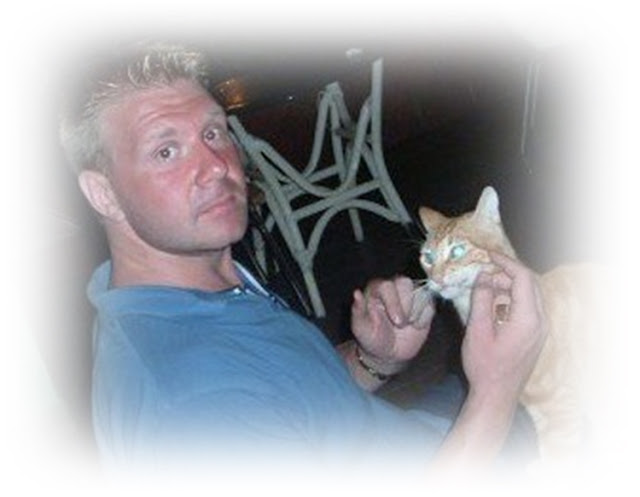 Every year he brings me two hanging plants for my cat garden.  It's what really starts off the season.  What's best of all is that they last for months and months and I think of him every time I see them -- which is every day, of course.

So now that I've been babied on Mother's Day, I'd like to wish all of my blogging friends the same.