DOMINO AND DANTE: A MATTER OF PURRSPECTIVE

Domino and Dante are out in the back; Domino on deck and Dante on the patio.  With Domino in the foreground she appears larger than life -- of course it's all a matter of PURRspective! 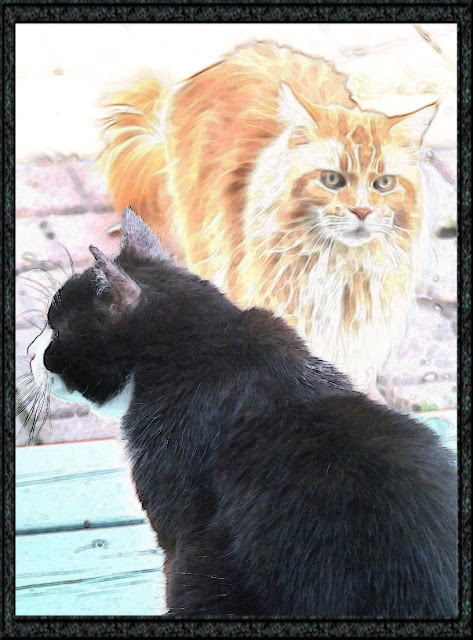 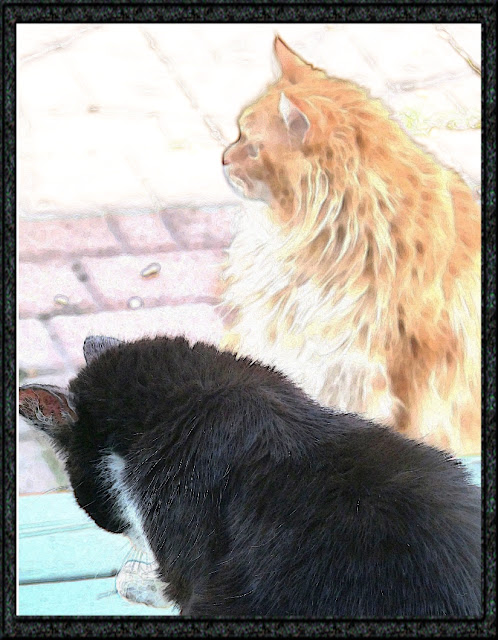 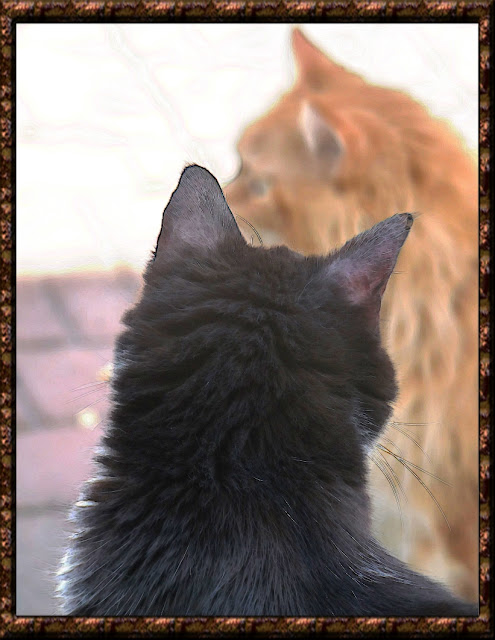 "Ears to us!" declares Domino. 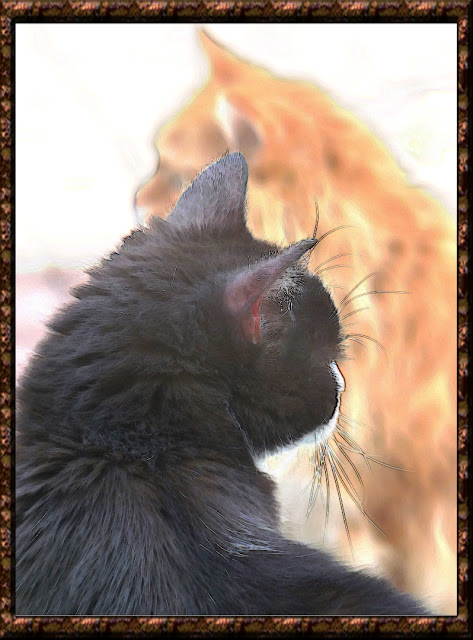 Domino has her way, and Dante has his.  "Itsa two-way street", says Domino (even though they're in the back yard). 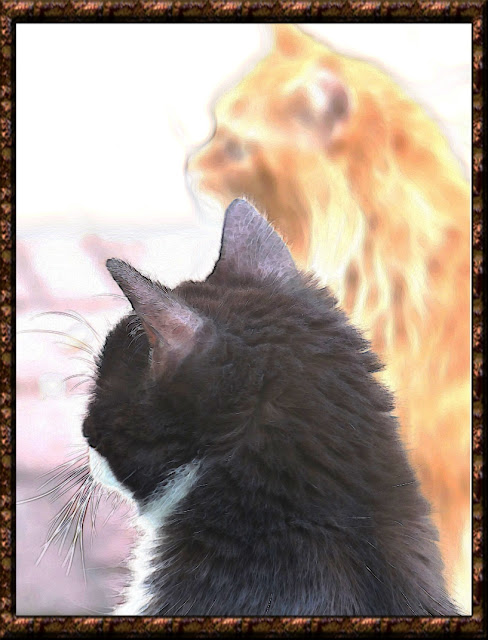 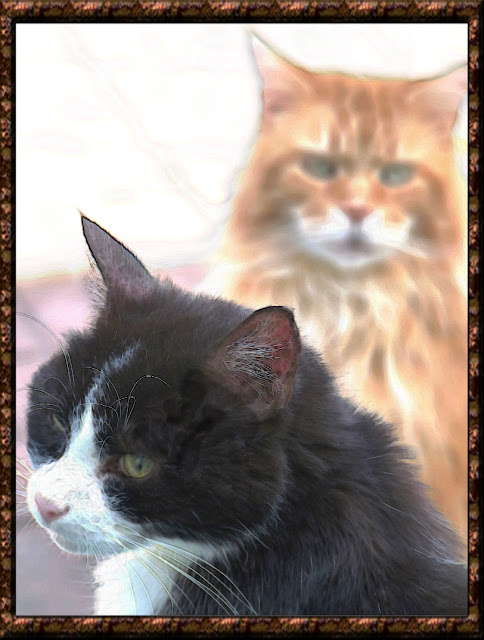 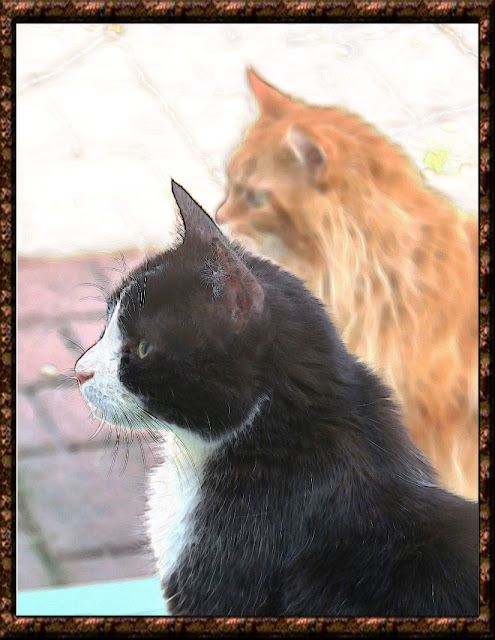 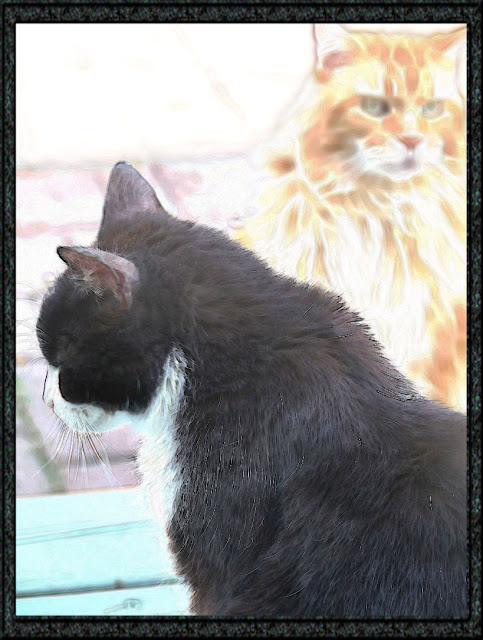 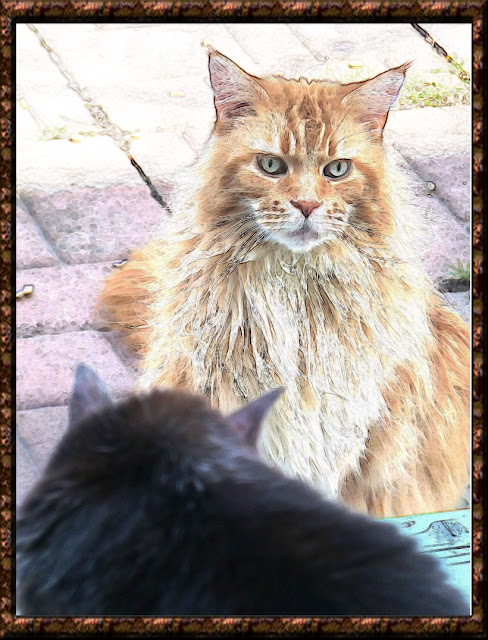 "From my PURRspective", says Domino "it's all about FURiendship, loyalty an' trust.  I trusts yoo feels da same, dear Dante."

Being a mancat of few words, he simply says "Ditto!"