THURSDAY IN THE GARDEN WITH DOMINO AND DADA (AND DANTE, TOO)

Usually it is Dante who is our Feline Gardener, and indeed he is the one who belongs to the Feline Gardener's Society.  However, today Domino has taken over -- much to Dante's chagrin.

You may recall that last November we had major reconstruction in the front yard, which included replacing the old walkway, patio and front steps.  Our old garden was completely dug up and is now a blank slate for planting.

So far the only planting has been Dante with his doo-doo, but now the weather is just fine and it's time to put down roots.  Mama and Dada went shopping at various garden centres and brought home a variety of greenery. 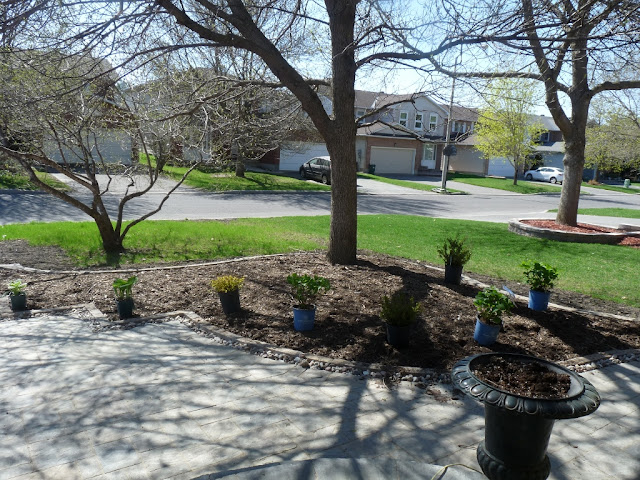 And this is just the start! 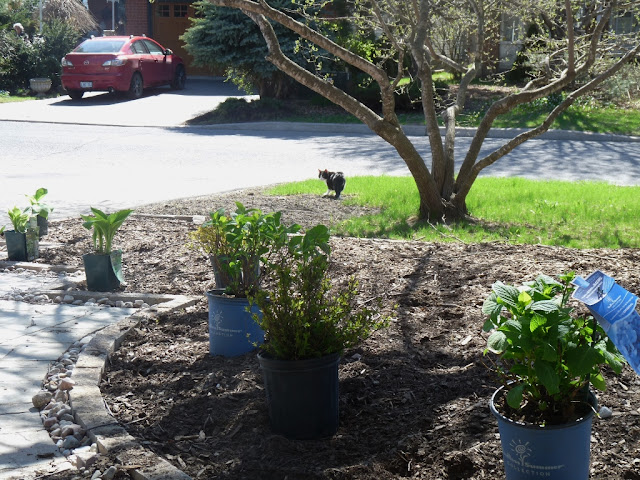 Domino was the first to notice something was up. 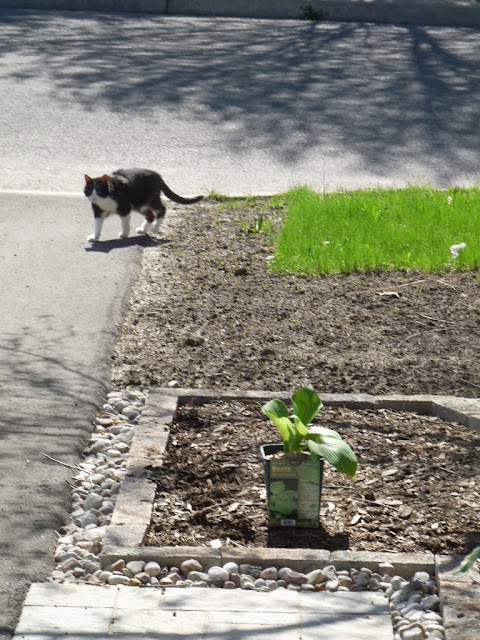 So, naturally, she had to check it out! 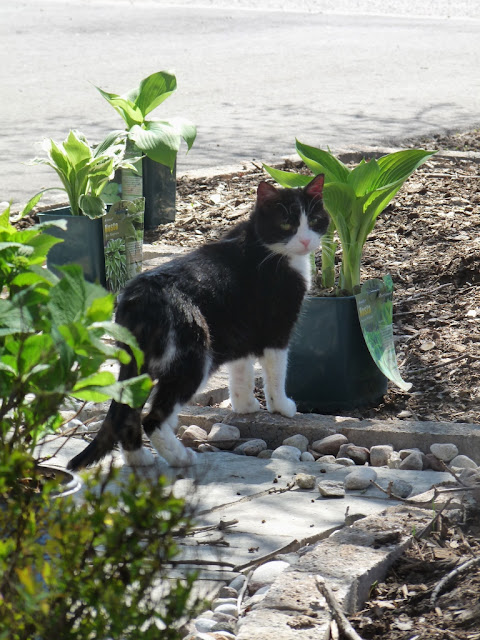 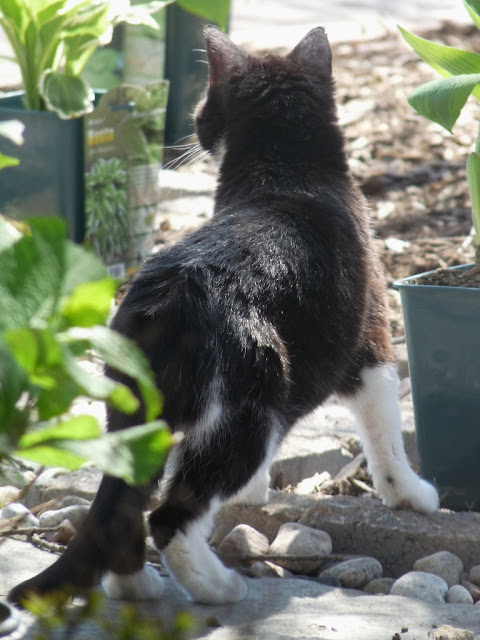 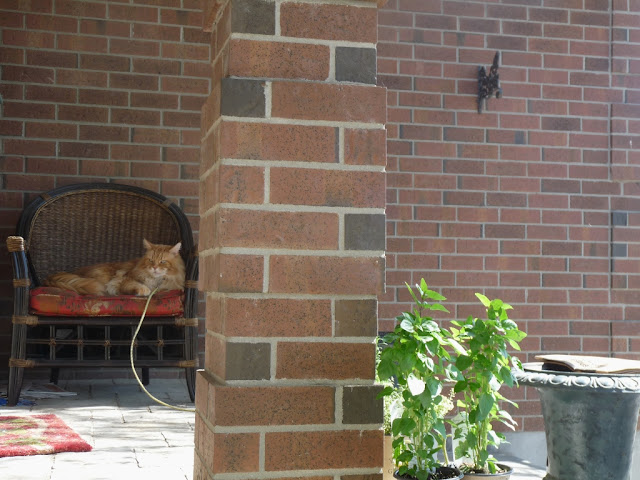 Meanwhile, Dante is watching from his PURRch on the porch. 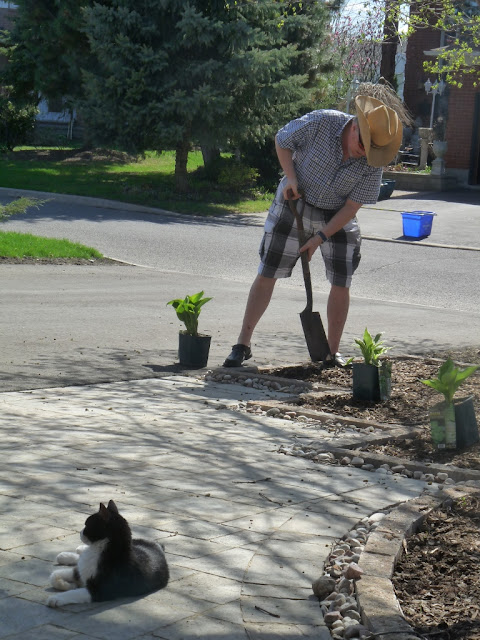 When Dada starts to dig, Domino keeps a look out. 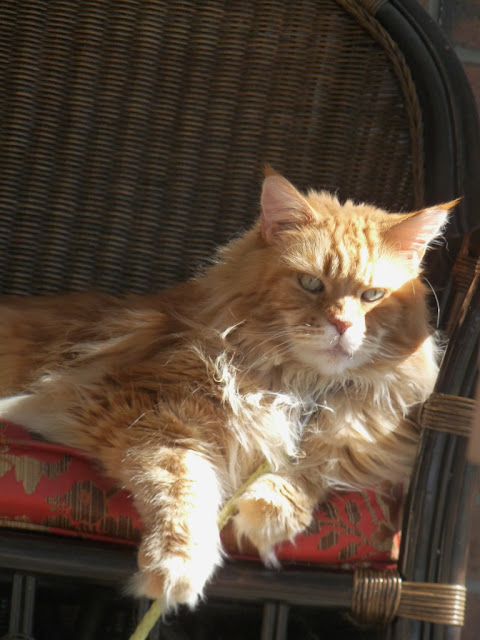 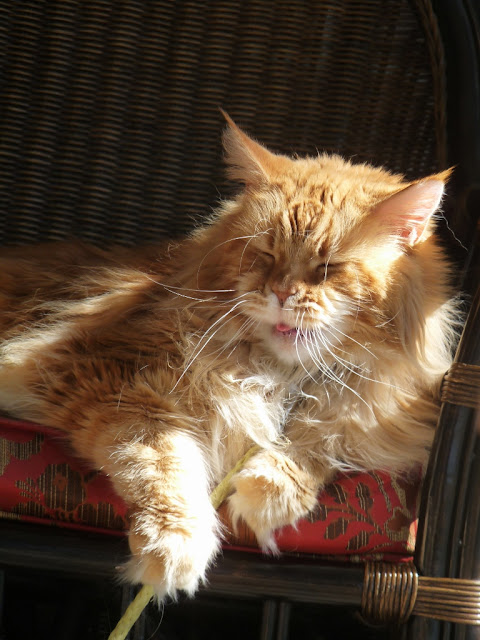 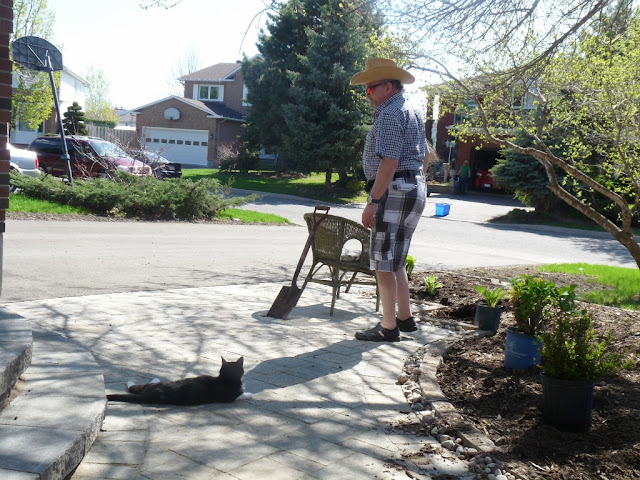 So, Domino takes Dante's advice.  And it's a good thing, too, because Dada really needs some snooPURRvising! 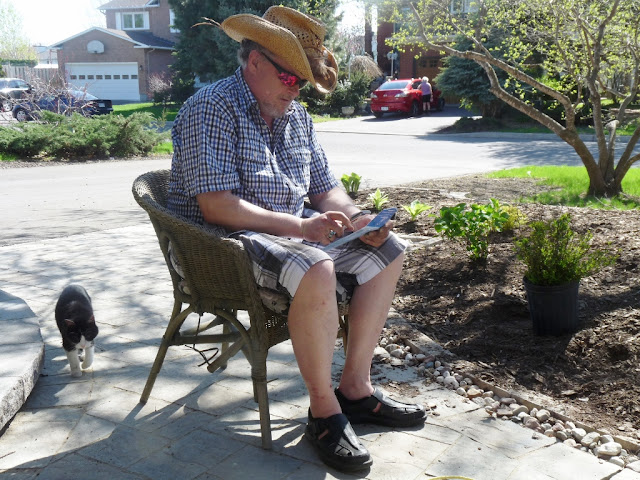 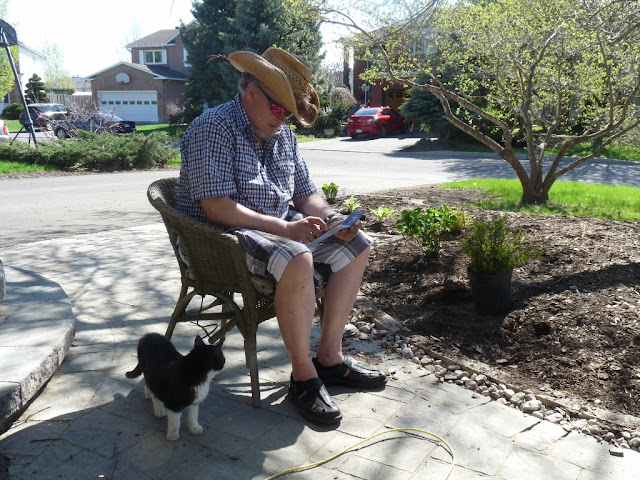 "Get back to work!" she demands. 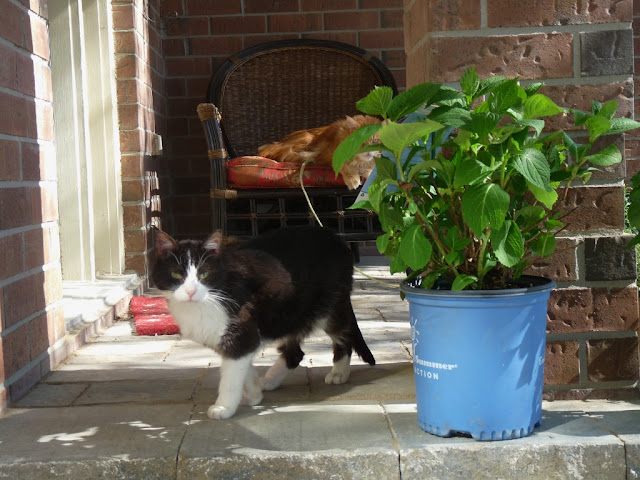 "A snooPURRvisors work isn't done until da job is ovah an' it will nevah be ovah if Dada duzn't get off his butt!" says Domino.  "I reeleh doan fink gardenin' is my fing.  It's all yoors, Dante!" 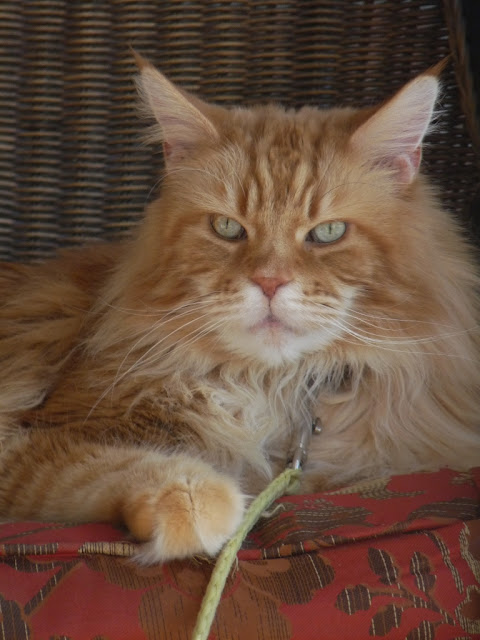 "Such incomPETance!" declares Dante.  "If yoo wanna see how to be a real Feline Gardenah, join me ovah at "All About Lacocoon Dante" right now.