Dylan has been braving the outdoors whenever the temperature allows.  He's got all of his standard spots to scentmark, you know.  This is something every mancat, who goes outside, must do.  Those scentmarks must be refreshed on an ongoing basis.  This is the cornerstone of territorial domination. 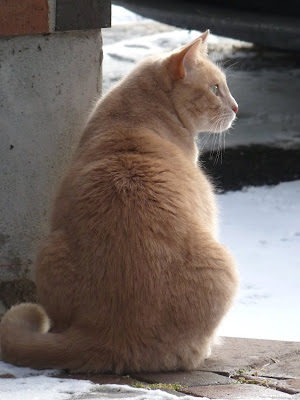 Speaking of cornerstones, this corner of the garage is one of the prime locations for scentmarking in the 3-D Dominion. 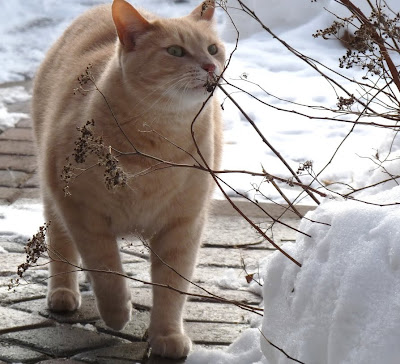 The bushes are for good for sniffing. 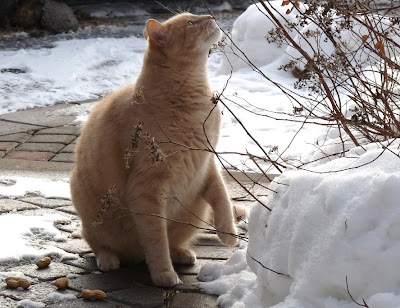 But, they too, need to be freshened up with "eau de Dylan". 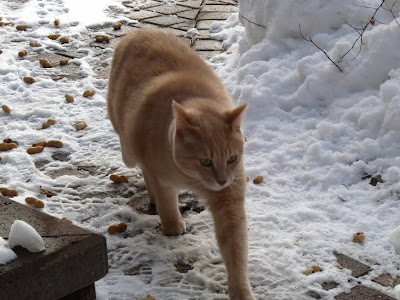 You can see the look of concentration on Dylan's face.  He's on a mission! 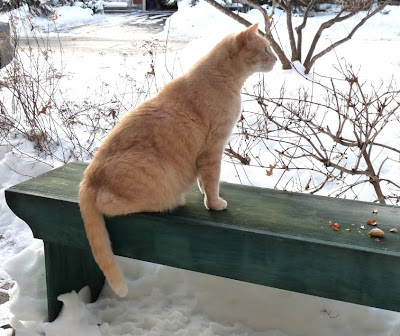 The cat bench is another "high" priority.  You can also check out the entire neighbourhood from this venue. 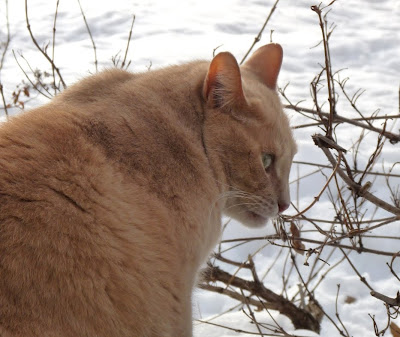 Again, the bushes here must be sniffed and reinforced with Dylan's mancatly fragrance. 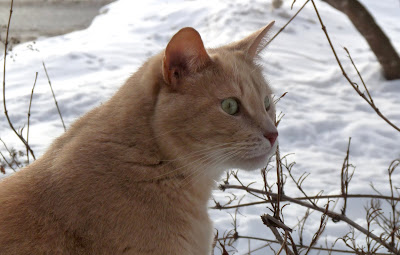 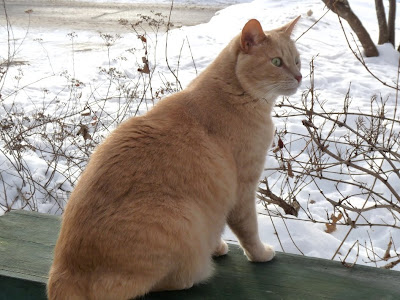 Oh, it's just some neighbour bean shovelling their driveway. 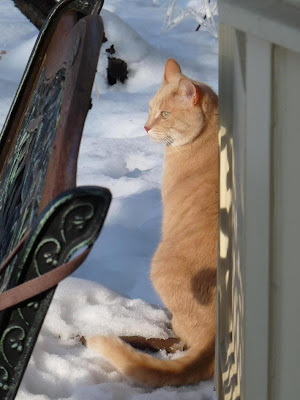 Dylan ends his most rescent rounds by marking the opposite corner of the house from the garage.  The entire front of the property has now been properly reinforced for at least the next 24 hours.  But, there's always tomorrow.  A mancat's work is never done.  Mancats don't just work on Monday -- they're on alert 24/7!

It's true, a mancat's work is never done!!

I'm sure glad I'm not a mancat. I would prefer staying indoors being pampered.

Very handsome photographs of Dylan. He certainly is serious about his job.

The mom speaks: This post made me smle because it is exactley what Milo and Alfie do. They have a set route they like to walk round the garden ~ to ensure they don't miss any impawtant spots. LOL!

Dylan you are a snifferific Mancat! So many things to sniff and smell!!!

We do that too. I, Flynn, put my smell on everything, then Eric follows me and puts his smell on it, so then I have to go around and do it all again.

Dylan, you are such a furry busy man-catty, yes, you is! We admire your thorough cat-itude☺

Yup, a mancat's work is never done. We think you do us mancats proud, Dylan. xxxxxx

Great example for all mancats to follow! Now if only Connor would do that....

We call that getting our stink on stuff!