Today is Caturday, and the 3-Ds are all out and parading about for your benefit and mine! They want to put on a good show for you today, so they have purrsonally picked some of their best recent pictures to put on display.

First, here's the lovely Domino -- all 6.5 lbs. of her! She's really working the camera there, don't you think? Whether she's wearing dresses, or just her natural tuxedo, she's a real pro! 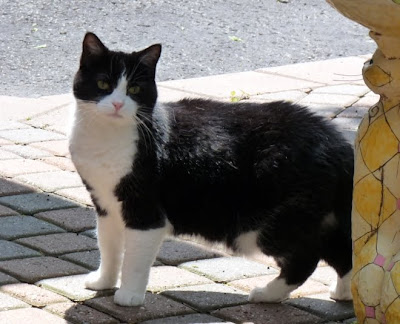 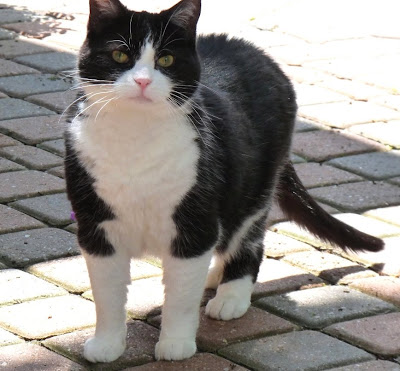 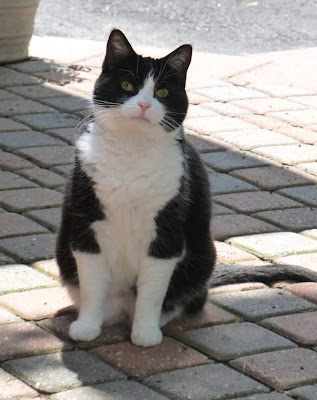 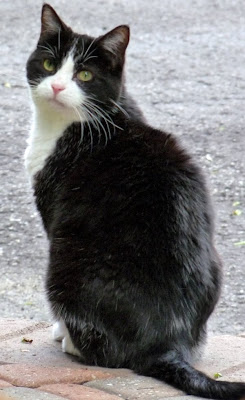 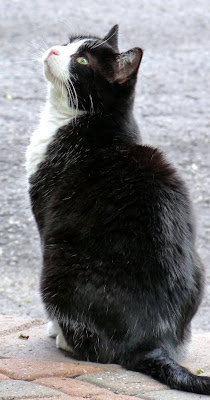 Next up is Dylan, that hunka, hunka creamy, dreamy mancat! He's a real solid boy weighing in at approximately 14 lbs. He's very athletic and can outrun and outjump all of the others.

In these pictures, taken in late September, the flowers were still blooming, and I used them as sort of a filter and a frame to enhance Dylan's natural beauty. 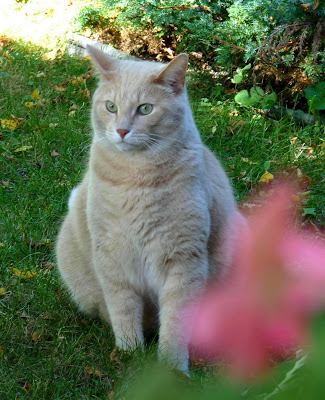 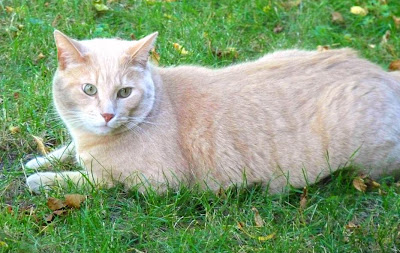 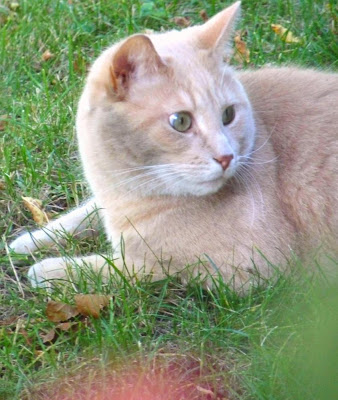 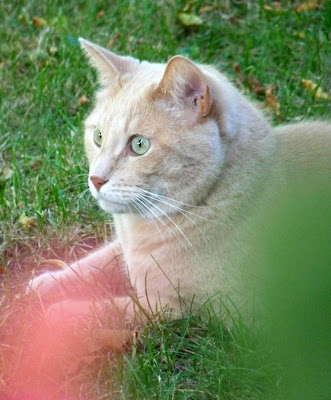 And last, but certainly not least, is the massive and massively handsome, Dante! These are very recent pictures of him taken in the back yard after all the leaves had fallen from the trees.

His coat has bulked up significantly, and I've noticed that the fur around his face is fuller this year, too, giving him a rather lynx-like look. Under all that floof, Dante weighs a mere 21 lbs. but appears even larger. He's very solid on a large and very tall frame. 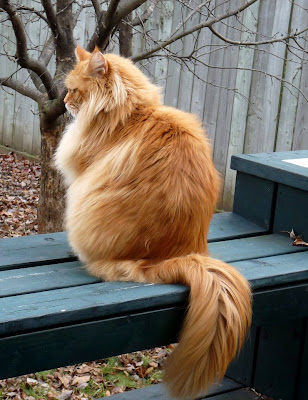 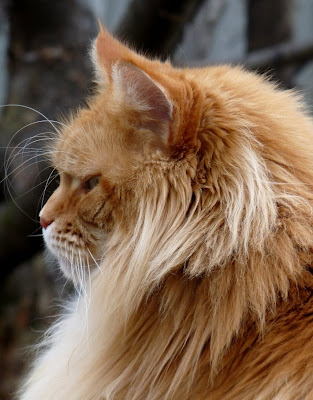 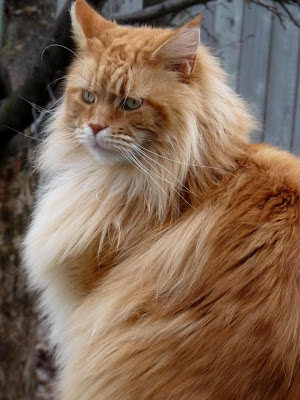 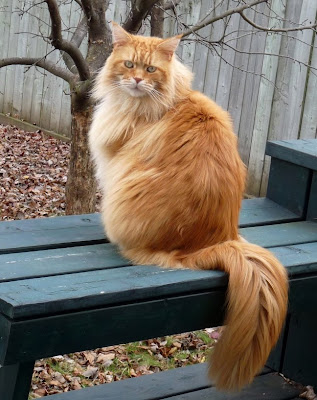 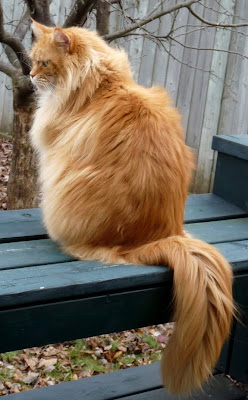 So, as we wrap up for today, we hope you have enjoyed the 3-D PURRade, 'cause Domino, Dylan and Dante sure enjoyed putting it on for you. Have a great Caturday everyone!
Posted by CCL Wendy at Saturday, November 07, 2009

We enjoyed the parade!

How could we not enjoy! The 3D's are delicious, delightful and darling: we love them all.
Beautiful photographs.

After seeing those pictures we're SURE to have a great Saturday!

Hi Dommy, next week if the weather is fine we're goona have a super date day on Sidmouth beach (wiv our flatcats). Love and smoochies from Milo xxxxxxxxxxxxxxxxxx

Dante is looking extra-plush! I would never guess that Domino is only 6.5 pounds! Does she ever sit next to Dante? I would like to see them side-by-side!

Wow - we would have never guessed that Domino was so little compared to the boys! Beautiful pictures of all of the kitties!

Have a good weekend,
Charlemagne and Tamar

Those are all lovely photos. Dante does look bigger than 21 lbs. Mum isn't pleased with me because I put on 1 lb while they were on holiday and am back up to 23 lbs. Is it my fault our holiday auntie kept giving me treats when I asked? Flynn, the little sneak, lost a pound and is down to 15 lbs. Mum thought he looked like he had put on weight but it was just his fur had got thicker.

WE love a parade!
Oh little Miss Domino you are such a stunning tuxie girl! Dante you do have great floof and Dylan those eyes are so expressive.

mmm i smell 3-d cat calendar! It would be a best seller!

I wanna be like Dante when I grow up.

LOVE your kitty PURRade... Such a handsome group of KITTEHS you are 3-Ds!

nice pictures of the little lady!

They are all purfect!