Dylan's anticipating Christmas dinner -- especially the dessert (or as they call it in England, the pudding, which is 'pud' for short). 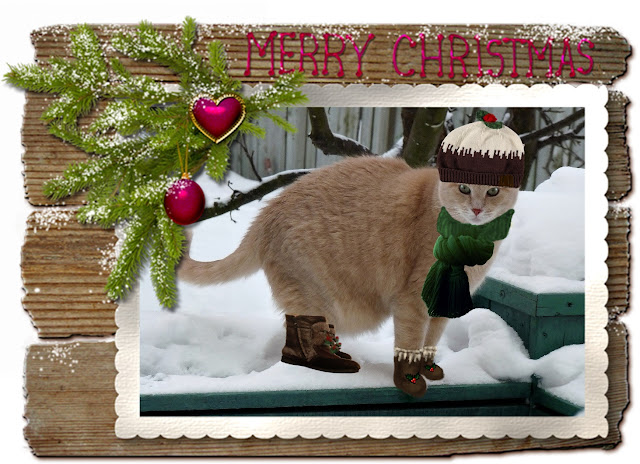 So when he found this wool brown and ivory hat that declared it was a Christmas Pudding, complete with holly on top, he just had to have it.  It actually looks quite becoming on him (becoming what, I don't know).  He actually found wool mittens to match and tied a green wool scarf around his neck to ward off the winter chill.  He also has brown faux-fur boots with red and green pompoms on the laces to keep his toesies from freezing.


Why Dylan, himself, looks good enough to eat! 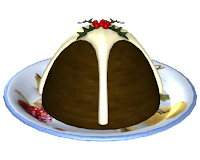 Maybe THIS is what became of him.  He finally got his just dessert.

Dylan, you do look good enough to eat! Love those boots!