Domino is following the "cardinal" rule, after Christmas, and that is to thank efurryone who gave her a present.  She has lots of friends, so she had lots of thank-you notes to write.  Domino prefers the purrsonal touch instead of sending emails. 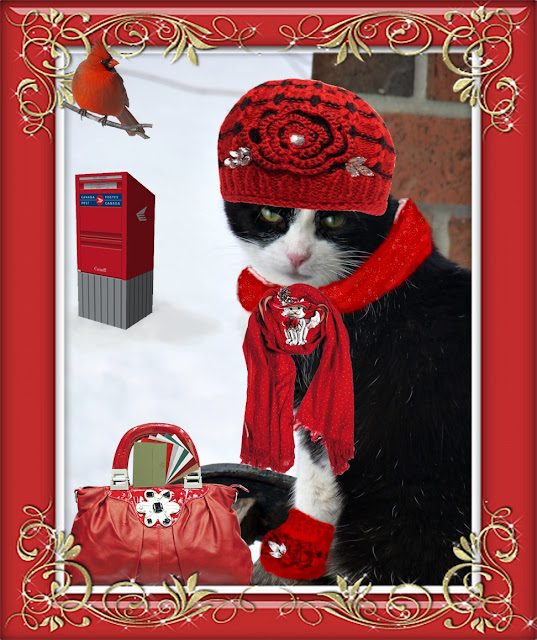 Domino is wearing a red knit hat with touches of black (very cardinal-like).  The wool is knit into a flower pattern in front, and is embellished with white crystals.  So, it's not just her purrsonality that sparkles!  This hat was part of a set.  It came with matching mittens which she is also wearing at the moment.

Around Domino's neck is a red cashmere scarf with white lining.  She has fastened this with a silver brooch of a cat wearing a red hat (art imitating life purrhaps?). 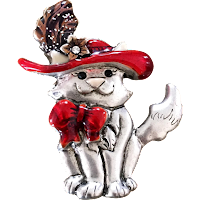 Domino's purse is red faux leather with silver accents.  She is using the purse to hold all of the thank-you cards she is about to post.  Lucky for her there's a mailbox not far away.

And her friend, the cardinal, will be watching every step of the way.
"Rules is rules" says the cardinal.

You look very pretty Domino, but that's normal for you!

You are a very elegant kitty. Paw (hand) written notes mean so much more