3-D CATS IN HATS ON A MONDAY IN JANUARY

The 3-Ds have all taken to the great outdoors again.  And to do so they have dressed up against the cold so they can enjoy the winter day to its max. 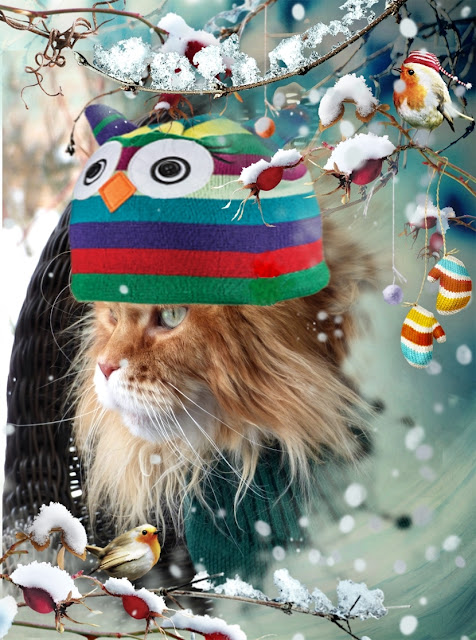 Here Dante is on the front porch wearing his green sweater (which covers his butt) and his new multi-coloured striped owl hat.  As it is Monday, Dante is musing (or in his case 'mewsing') about doing something really 'out there'! 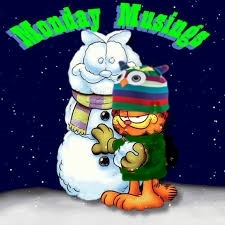 And now that he's out there, he finds making a snowcat in his own image, very 'amewsing', indeed! 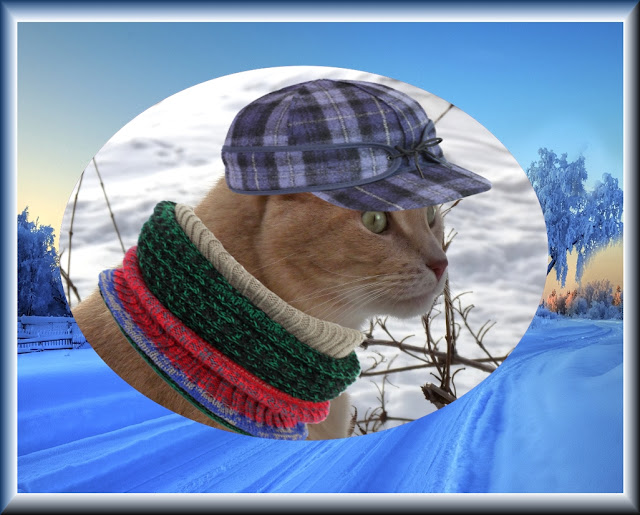 Domino told Dylan to 'take a hike', so he did just that -- in some snow-covered fields not far from home.  He is wearing a blue plaid hunter's cap to keep his head warm and a multi-coloured neckwarmer for obvious reasons. 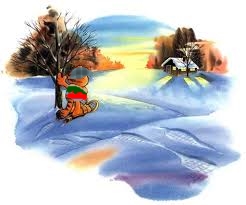 Dylan's got his snowshoes on so he doesn't sink in the deeper snow.
And it has just 'dawned' on him how beautiful a winter day can be! 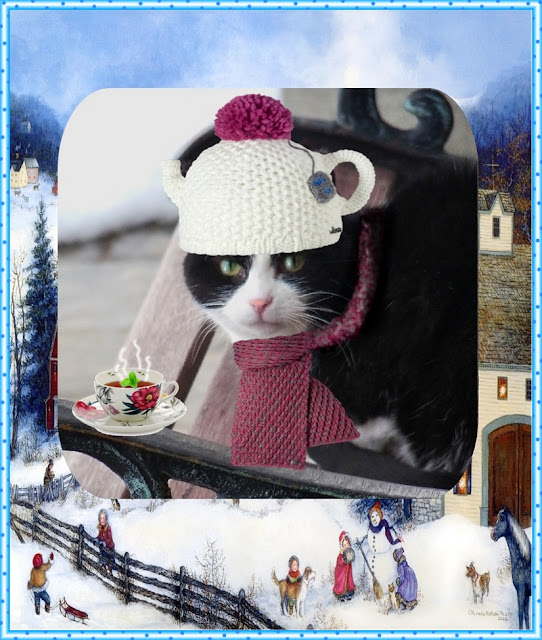 Domino hasn't gone farther than the front walkway where she's seated on the bench.  She likes to watch what's going on in the neighpurrhood while enjoying a cup of catnip tea.

And because of her penchant for tea, she's wearing a white wool tea cozy hat with a deep pink pompom on top, along with a coordinating scarf.  Taking all of these measures (including carefully measuring the catnip-to-water ratio), it's a sure thing she'll keep the chill away, as well as having a rather 'heady' experience.

Domino even has a teapot that looks just like her!
Posted by CCL Wendy at Monday, January 11, 2016

Lookinh good! Hey Dante, Sascha is smiling at you pal!