I tend to like a picture that's a little artsy.  Usually, they are a result of a happy mistake on my part.  Then today, I noticed that in all three pictures below, each of the 3-Ds was looking left -- which qualifies it, in my estimation, as 'leftist art'.   Now, is this synchronicity or what?

I have always felt that synchronicity is a key part of art.  It is a confluence of multiple factors that produce a PURRfect storm for your senses, if you will. 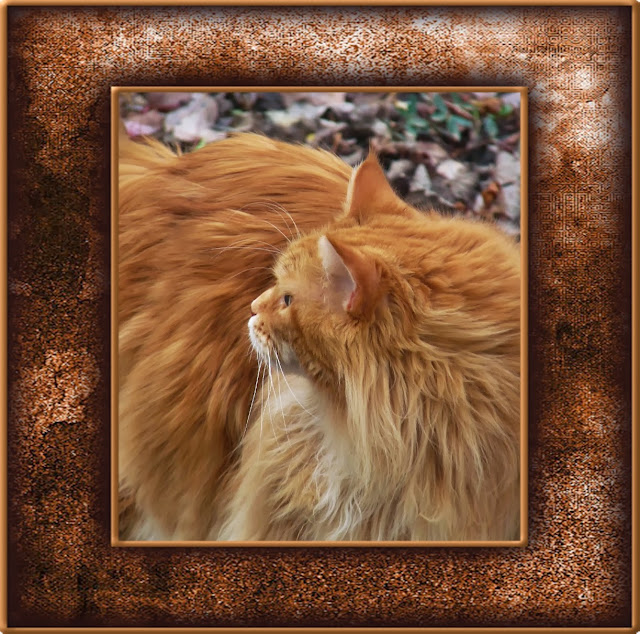 Here I meant to get a head-on shot of Dante.  However, his unpredictable turn produced an image which was far more interesting.  In profile, he is very prolific indeed, especially against that orange swath of his own fur.  Looking at it, the senses are literally awash in his vibrant colour. 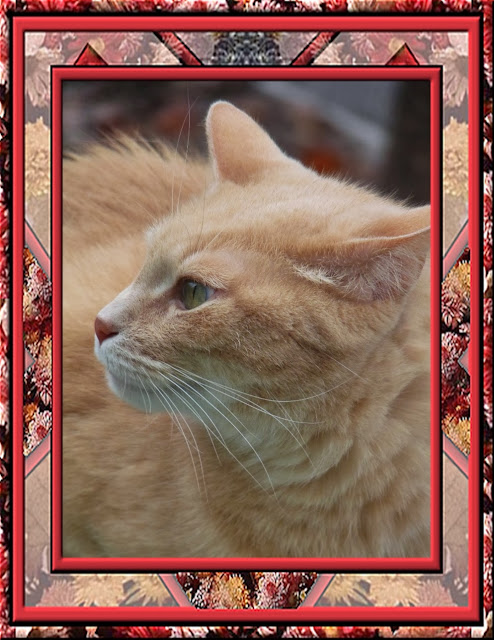 And when it comes to Dylan, it is usual for him to emote with his ears, but in this instance, I captured it in the extreme, ergo the extra-wide spread of his ODDitory instruments.  This image evokes the feeling of impending danger.  It makes one wonder what's out there that has shaken Dylan's sense of security. 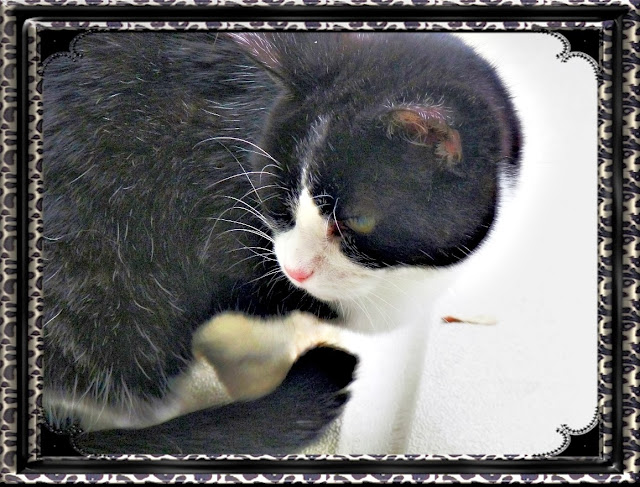 Domino is curled into an interesting position.  You can imagine that if she continued she would form a PURRfect black and white ball.  She appears, in her contemplation, to be looking within.  From this image, I feel a sense of safety and calm.


What better to evoke such feelings than felines?