Dylan is about to show you a side of himself that he hasn't shown before.  His alter-ego is named "Art", and here he is.  (Of course, these pictures of Art were taken before the devastation caused by the CATerpillar.) 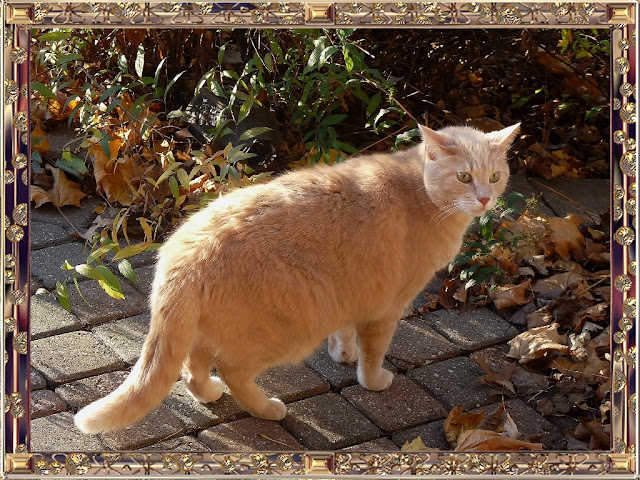 Unlike Dylan, Art doesn't appear to be scared out of his mind -- just curious is he. 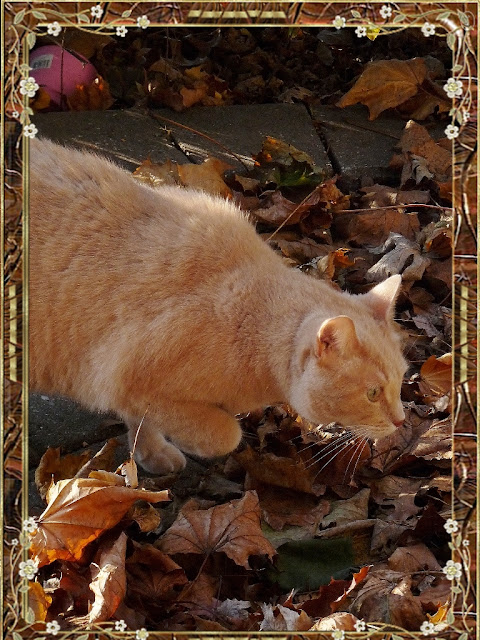 In fact, Art has an air of bravado about him! 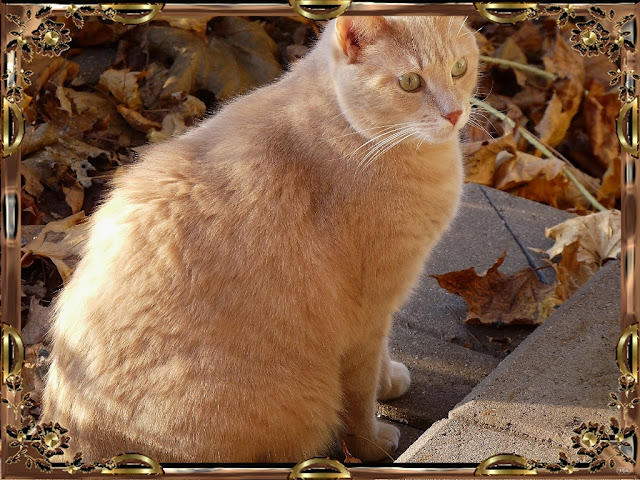 Art actually poses for pictures instead of running away.

Apparently, the CATerpillar thinks he is Art, as well. 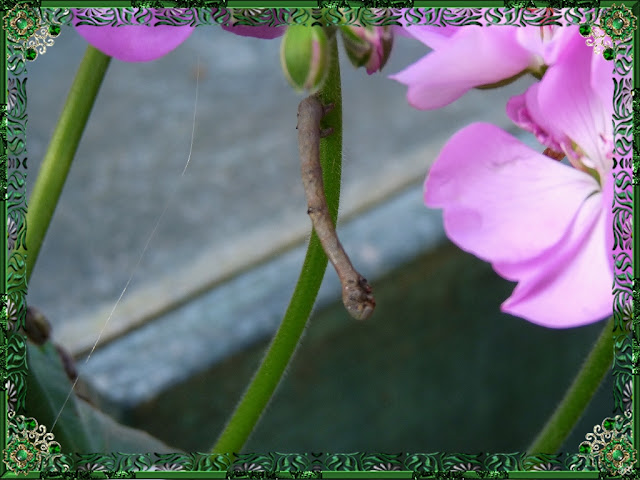 Way back in June, who would have ever thought that THIS ... 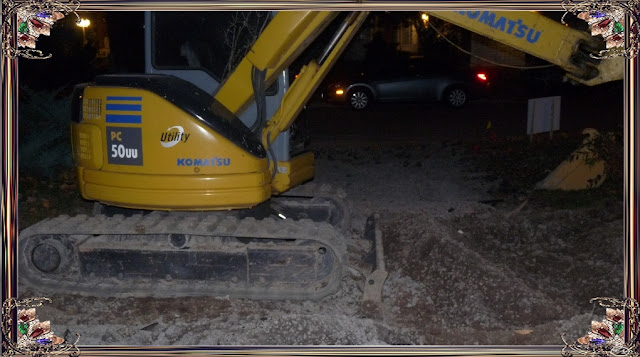 ... would turn into THIS!
What a metamorphosis!

I guess "Art" (like beauty) is in the eye of the beholder!

Dylan, I mean Art, we love your facial expressions. So glad to see you can be brave when you want to be!

We've given you guys an award...pop over to claim it.

Dylan my friend, you a very handsome AND brave!

Dylan, you are looking extra handsome in these pictures. Glad the pictures were taken before the caterpillar came along. Take care.

That is a big metamorphosis!
Hopefully the Caterpiller will do the same for your garden!

Art, you are very manly!

Gah! One of you kitties should have eaten that CATerpillar before it got so big it destroyed your yard! I heard those things can be destructive.

Art/Dyan/what ever your name is... Yous looks great!
Kisses
Nellie

Wow beautiful setting the colours go so well with him xx