TUXY TUESDAY WITH DOMINO: GALLERY OF A GAL

It's been a while since these pictures have seen the light of day, though they were indeed photographed in it (the light of day, that is).  These are photos from about a year ago, and were taken inside in our living room. The curtains for the front window were already down to make room for the Christmas tree, which allowed plenty of light in to take pictures. None of them have actually appeared on this blog before.  Many were fuzzy or washed out.  However, I picked out the best of them and after a bit of editing, they turned out just fine.

Domino is sitting on the coffee table which is directly in front of the fireplace.  We had also just placed some of our breakables there (decorative plates and bowls) to keep them out of harm's way temporarily.  Domino, being a 'fashion plate' of her own decided she would pose for me.

Here are the results. 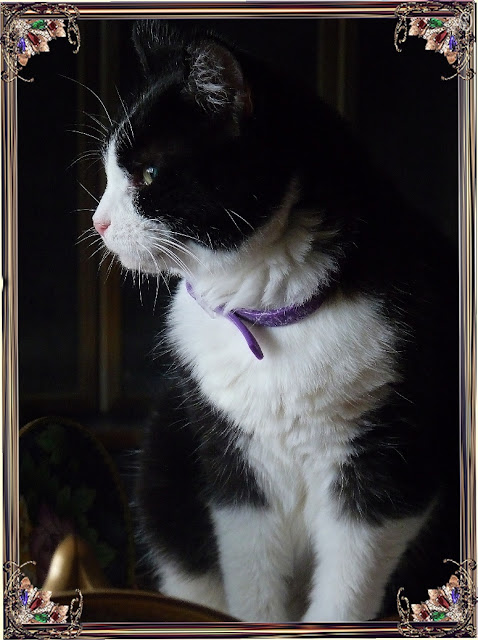 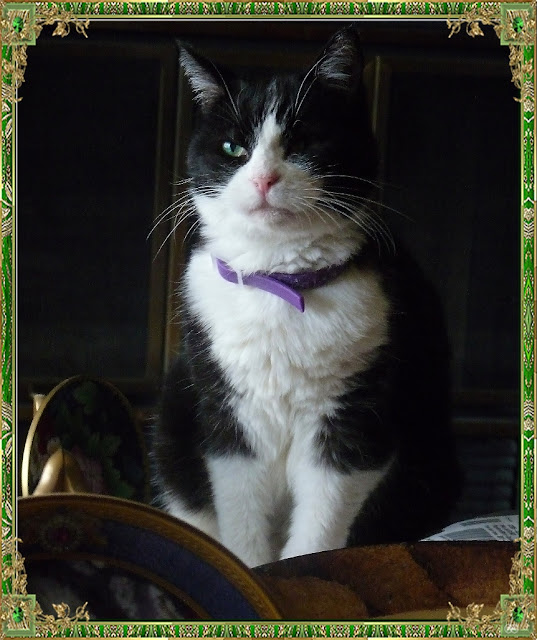 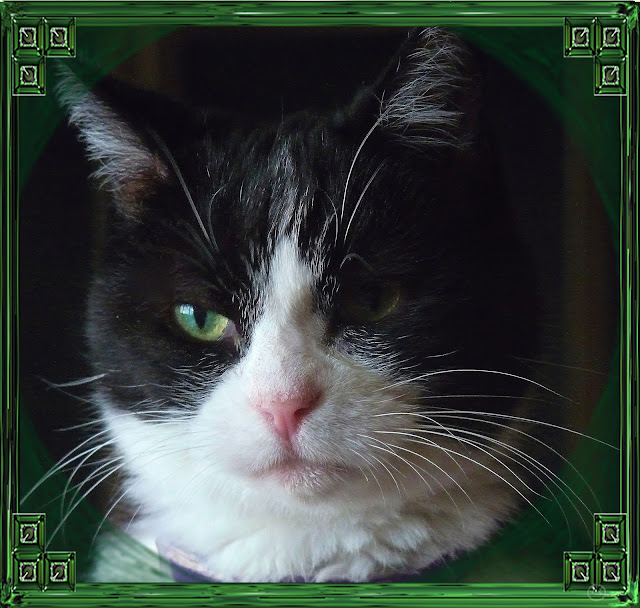 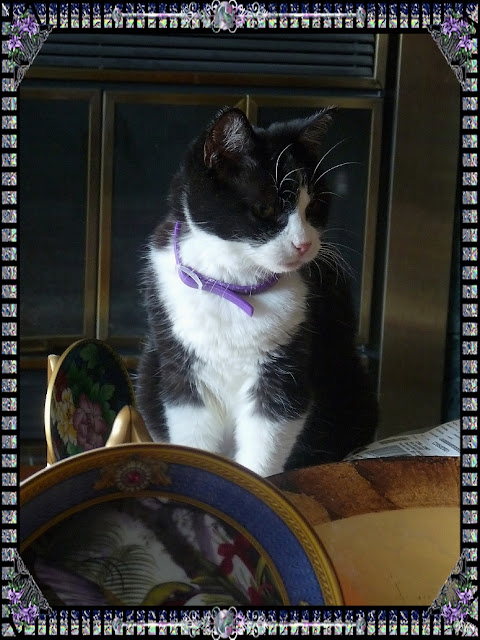 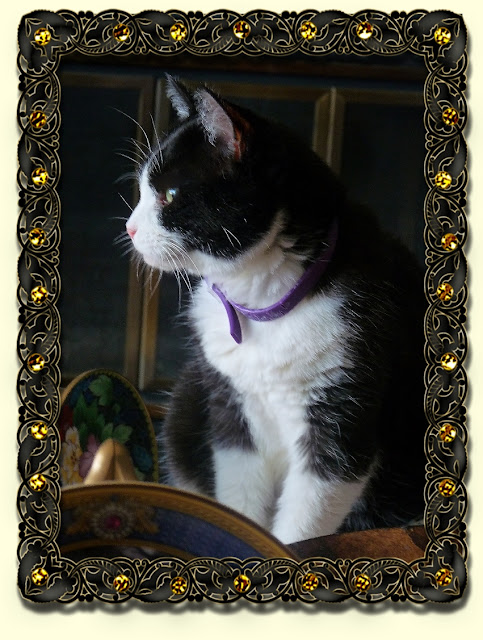 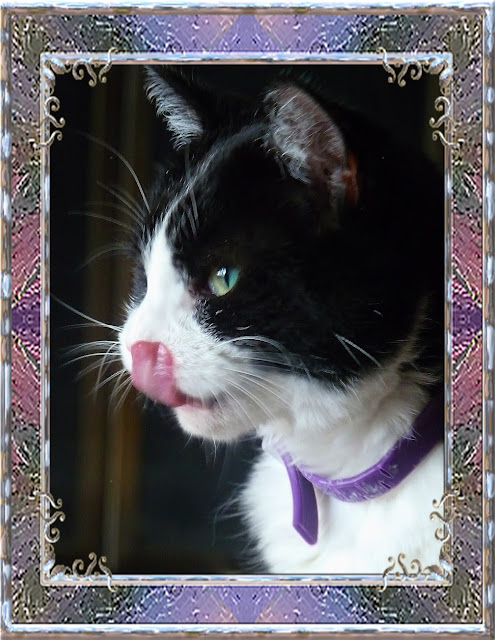 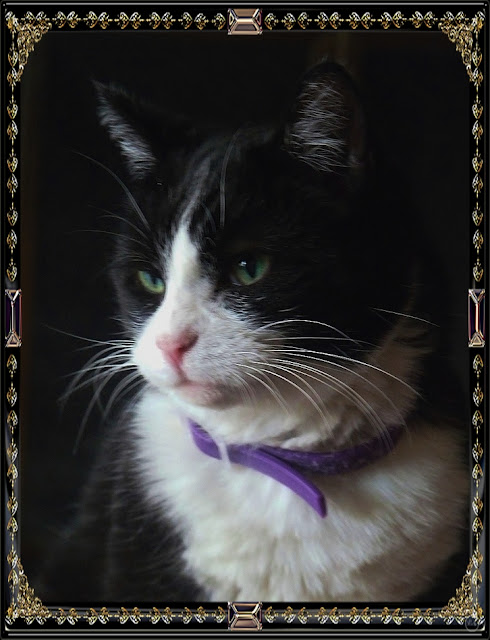 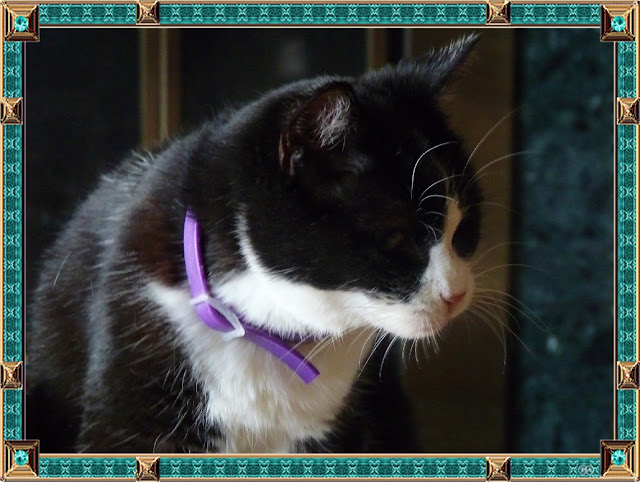 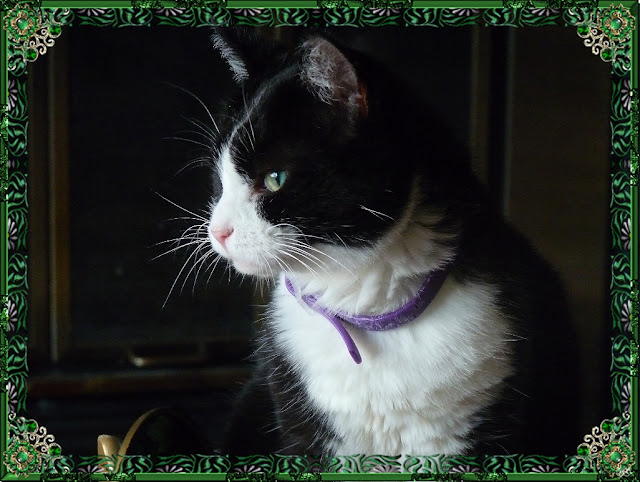 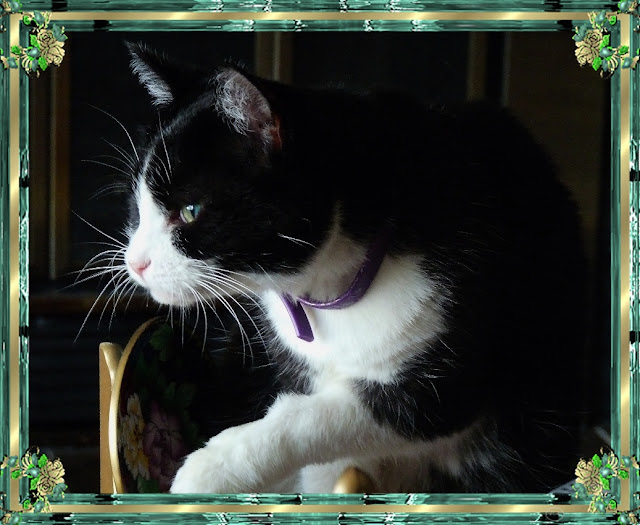 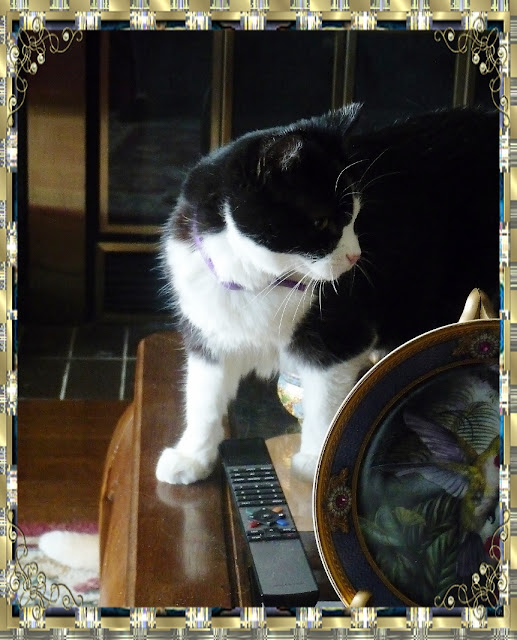 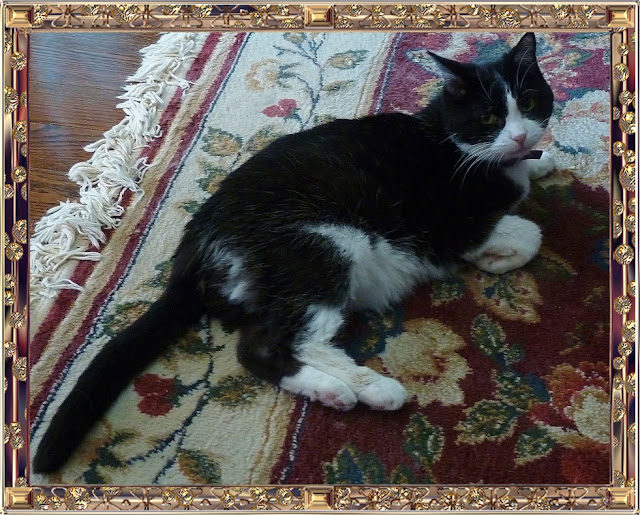 After all was said and done, Domino deserved a good rest.  "As yoo kin see, I'm a rugged kinda GAL", she says.  No one's more deserving of her own GAL-lery than this little GAL.  That's fur sure!

They look great, and so do the frames!

Our curtains are coming down tomorrow, but that's because the condo board/property management company is FINALLY replacing the old (original) window and patio door in the living area!

Best art Gallery we have seen~

You need an art museum all for you, Domino!

domino; my stars; your mom needs to open up an art gallery and fill it with all of her photos; of course YOU would be the primary focus...

hugs from dai$y, queen of cats; royalty of trout towne

Pretty Domino - we wish you wouldn't give our Mum ideas about lady cats and dresses - we've made it quite clear what we think!!
Luv Hannah and Lucy xx xx

These are awesome pawtraits!

Love the photo's, wish I could take good ones, I chop heads off..lol I love Domino's tongue..lol xxooxx

I think Domino is so pretty. You take such lovely photos of her. My Gigi is about 6 months old and look really alot like a mini version of Domino so when I look at Domino I can get an idea of how my Gigi will be when she grows up. I love tuxies :)

Domino makes a great model. She looks like she really enjoys it and makes nice poses for you. So pretty :)

You guys had you thanksgiving a while ago right - I remember from when I lived in Canada we had it earlier. Well Happy Thanksgiving anyway - where I am it's not even celebrated at all now.