Since the weather has turned colder, my 3-Ds think that the back door is a revolving door (which, of course, it can only be if someone is there to constantly open and close it).

Here are the three of them -- Domino, Dylan and Dante virtually begging to get inside -- after only being out for a couple of minutes.  (Domino corrects me -- she never begs, says she.  Queens don't grovel, they wait patiently.)  And, obviously, I'm out there with them taking the pictures.  It's really not that bad.  One of the better days weatherwise. 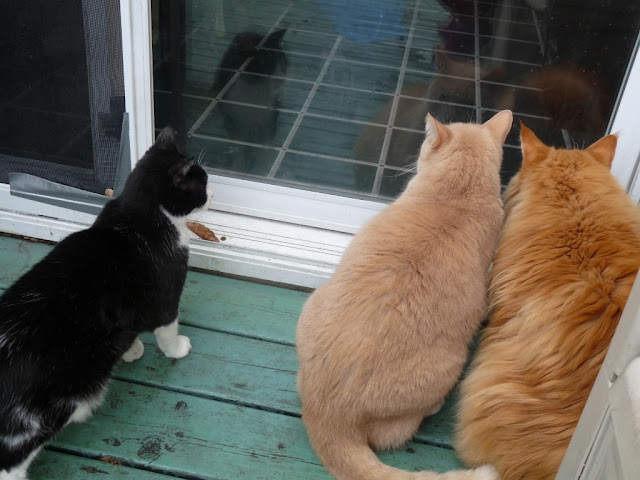 So, I open the door and Dylan is the first one to rush in (as usual), followed by Domino.  For some reason Dante stayed outside. 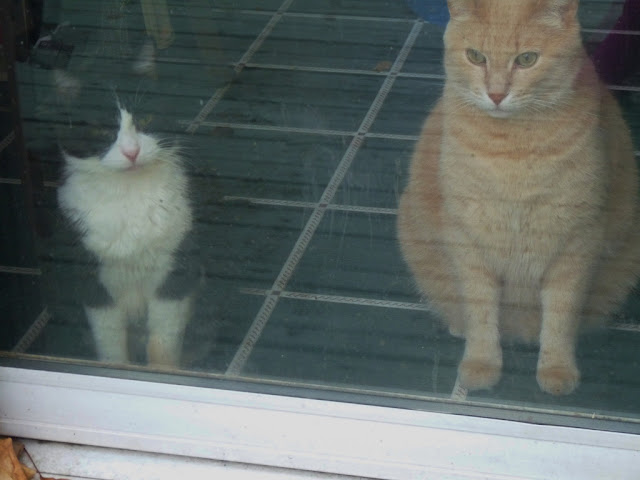 No sooner have I closed the door behind these two when they just stand there staring out -- like they'd give anything to be outside again!  (I'm not falling for it this time, though.) 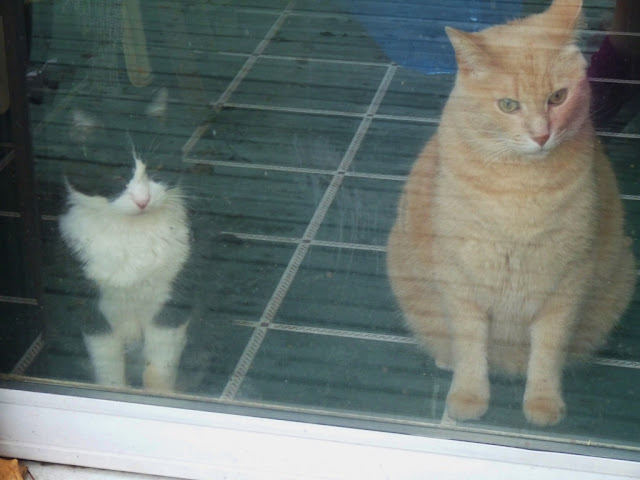 You'll notice the streaks on the window where frantic, muddy paws have left their mark. 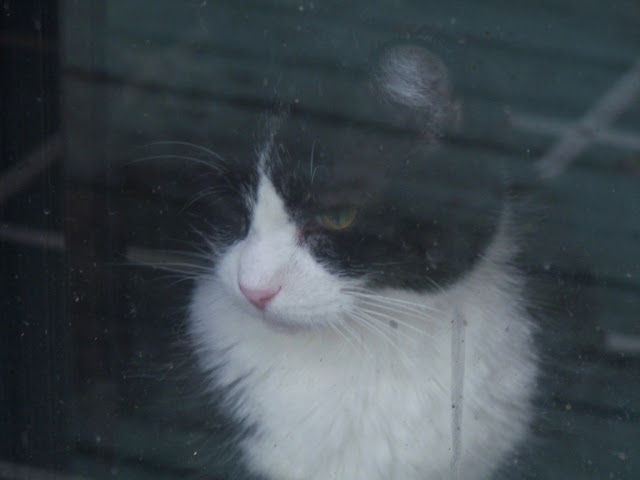 Something outside has caught Domino's attention ... 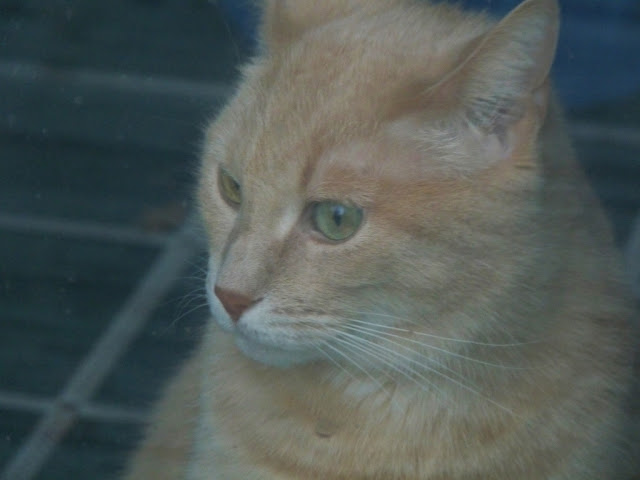 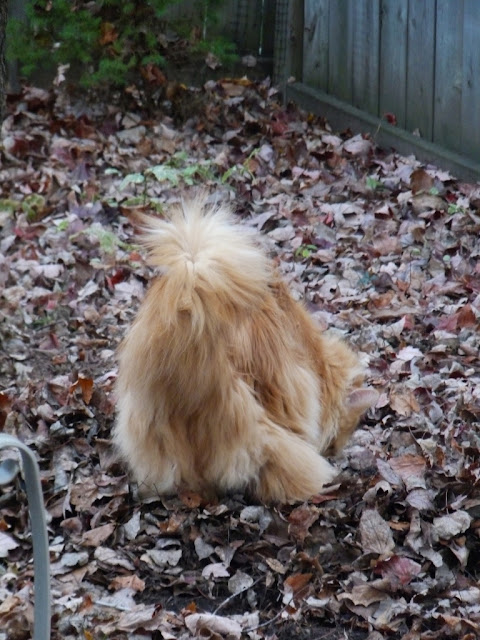 It's Dante!  He's busy digging -- and 'tocking out of his rear end at the same time. 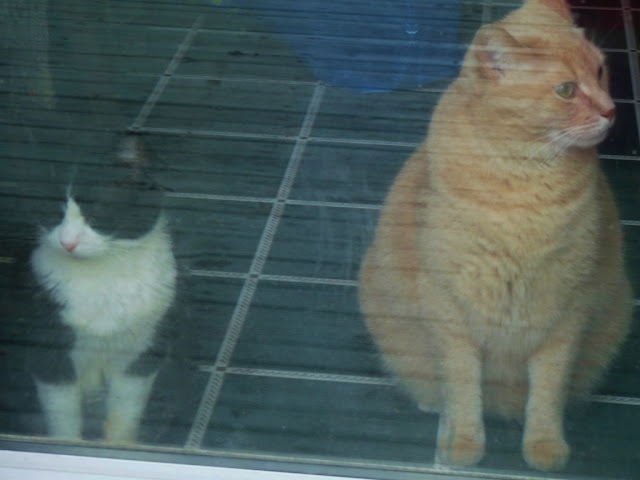 What happens next has the two of them look away in disgust!  Domino simply closes her eyes, while Dylan turns his head. 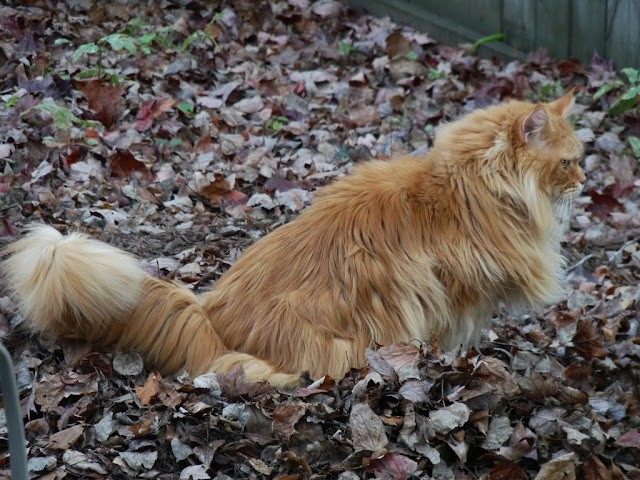 It's Dante -- 'in flagrante delicto'! 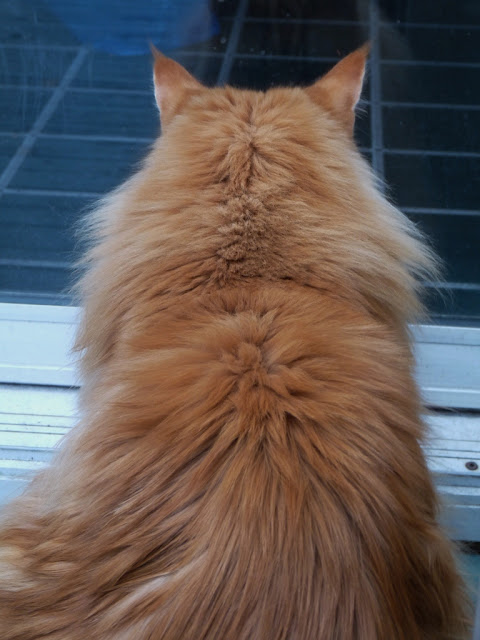 When he's finished, Dante returns to the back door only to find no one there but his own reflection.
"Hey!", shouts he.  "Ware did efurrybuddy go?"

A kitty can't get any privacy, even when he has business to take care of.

MOL that is just too funny!

Dante knew right where to leaf his mark of approval!

Oh Dante, that is TMI! No wonder Domino and Dylan looked away!

Well, you are there to serve their every need and wish, aren't you?

Those Pawparazzi is every where taking pictures when we is doing out business! And does yous do what me does? If it is raining at the front door, me wants to try the back door, just in case it is not raining there!
Kisses
Nellie