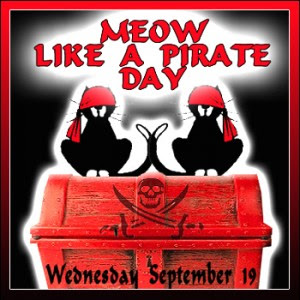 Well, it's that special day once a year when our kitties get to be Pirates, or enjoy themselves eating one, anyway. 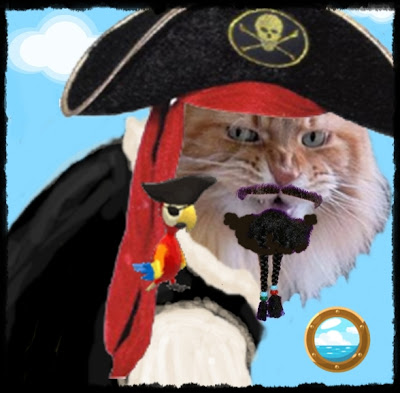 Cap'n Dante says:  "Avast ye mateys!  Take over da wheel.  I'll be on da Poop Deck cuz I got lots of poopin' ta doo!".  (Unfortunately there are no litter boxes on board.  It's up to the LOOtenant to suPURRvise the clean-up.) 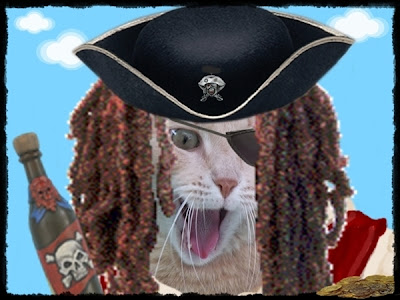 LOOtenant Dylan has other more savoury things on his mind.  "Aargh!  I cant beleeve me eye!", says he.
It's not the gold that makes him light up with joy, it's ... 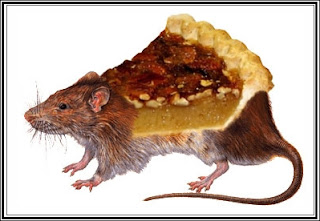 ... the PIE RAT that just scuttled across his feet!  Considering what he has to deal with efurry day, LOOtenant Dylan feels he should get his just desserts. 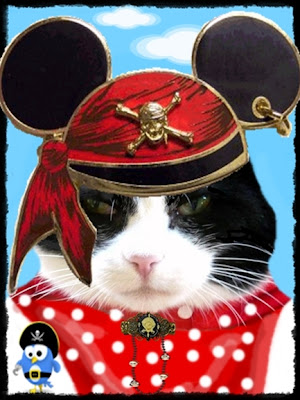 Domino is the Cabin Girl.  She's in charge of the Captain's Cabin and keeping the captain in line (as much as pawsible).  However, her heart lies with the Captain of another vessel.  Domino says:  "Ahoy dere Cap'n Milo!  Duz yoo has a buckle yoo needs swashed, PURRhaps?" 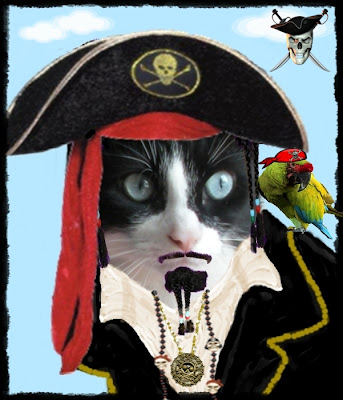 And swashbuckler that he is, indeed, Cap'n Milo says, to darling Domino:  "I'd love to 'parley' wif yoo my dear liddle 'Mouse-Get-Here'!  So she did.

If you want to see more of the 'Pirate Tails' in 3-D, you'll have to wait for the film.

"Pirate Tails of the CATSpian Sea" 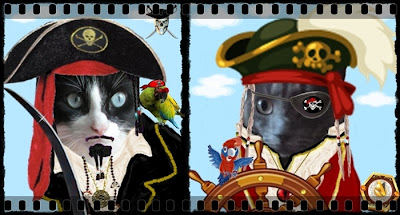 Coming soon to a theatre near you!

Well, it's time to CATS OFF, me hearties!  See you again this time next year.

P.S.  For a subplot on Cap'n Dante's romance with Lady Pirate Sascha, go see "Dante Says: Pirates Can Be Softies, Too!"

We can't wait for your movie!

Arrr ye all be fine pirates, we be asking permission to come abord ye ship!

These are not scurvy pirates! They be great pirates

I'm sorry...I am still laughing at the Pie Rat lol

Avast there me hearties! Tis mighty fine pirates you be.