Many of you may not know that Domino had a litter of kittens -- just two -- when she was about 10 months old.  Domino was not yet mine back then, though she came to live with me about three months later after being abandoned by my son's roommate.  Thankfully, her previous PURRson had found homes for the kittens at least. 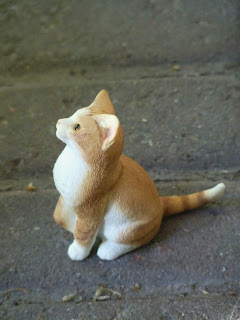 So, yesterday this arrived in the mail.  It was on sale and I had ordered it along with several other things.  It is a tiny, but very finely detailed resin kitten. 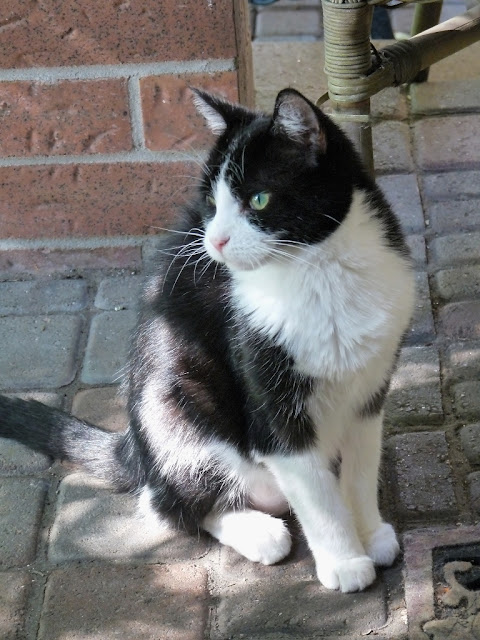 Domino was sitting beside me when I opened the box containing Little Kitty.  I put it down so she could inspect it, and she began nuzzling it over and over.  Of course, it fell on its side, but I would put it right again, and she would just keep loving on it.

I think her maternal instincts were coming to the fore, once more! 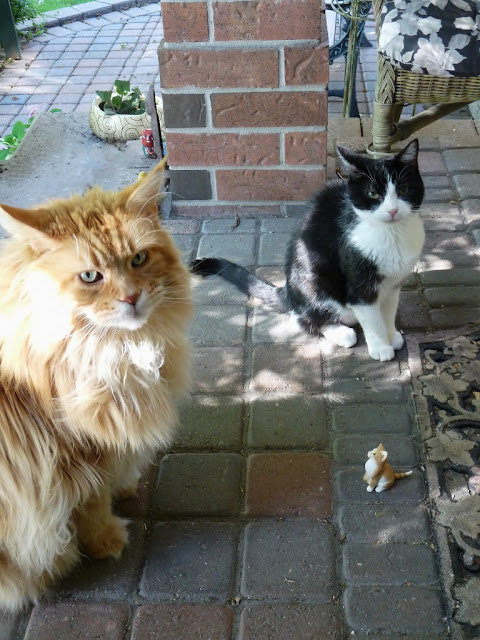 So, I brought Little Kitty outside with me because I was going to find a home for it in one of the smaller plant pots.  In the meantime, I put it down for Dante and Domino to see. 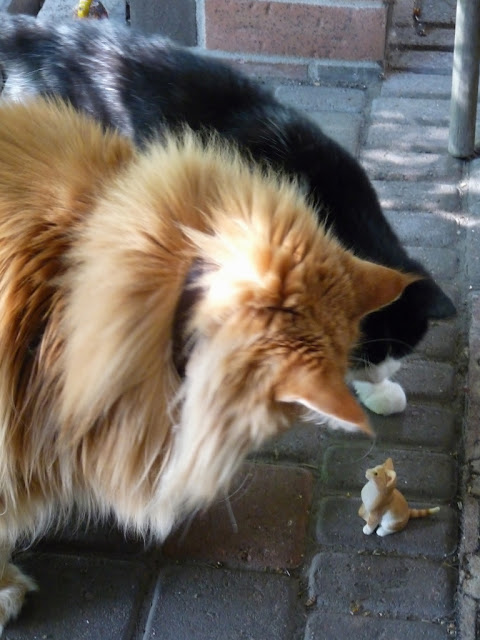 They both took a good close look! 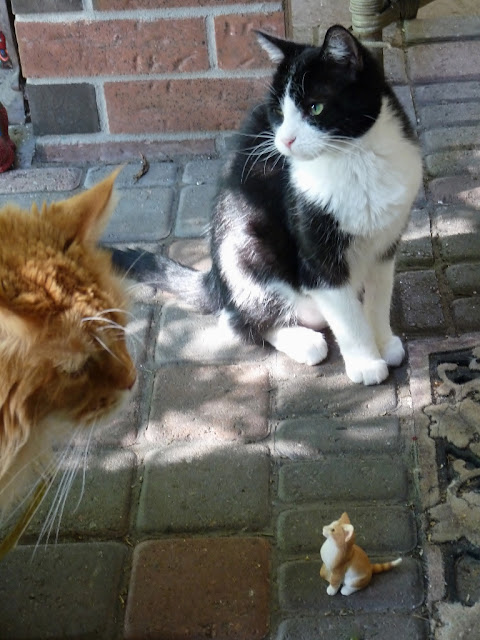 Domino took a step back, but when Dante got a little too close to it ... 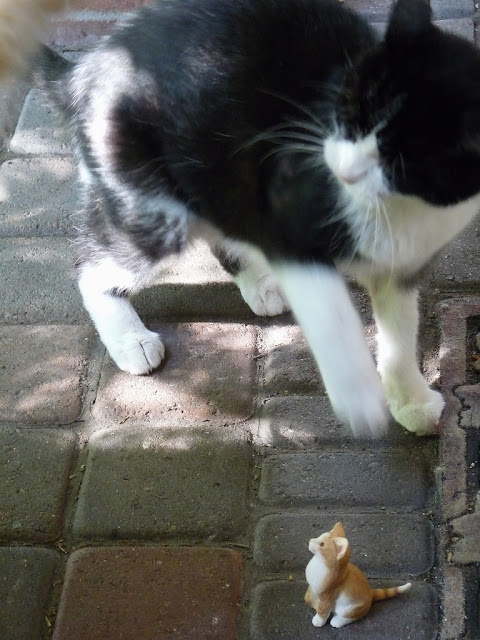 ... Domino's protective nature kicked in, and she gave him a swat -- Dante, that is -- not Little Kitty! 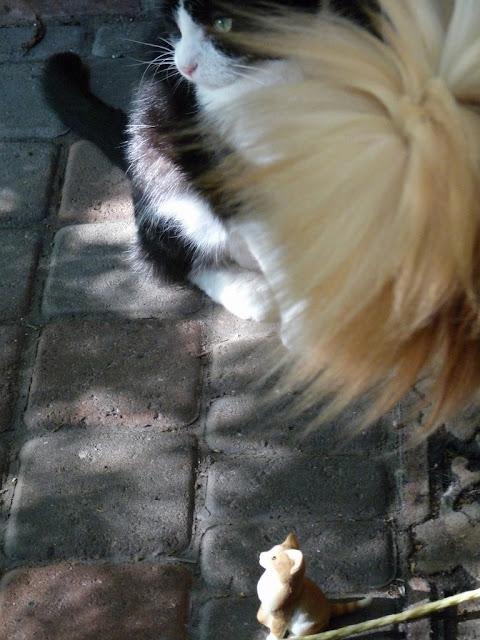 After that, Dante rushed by in a huff of fluff! 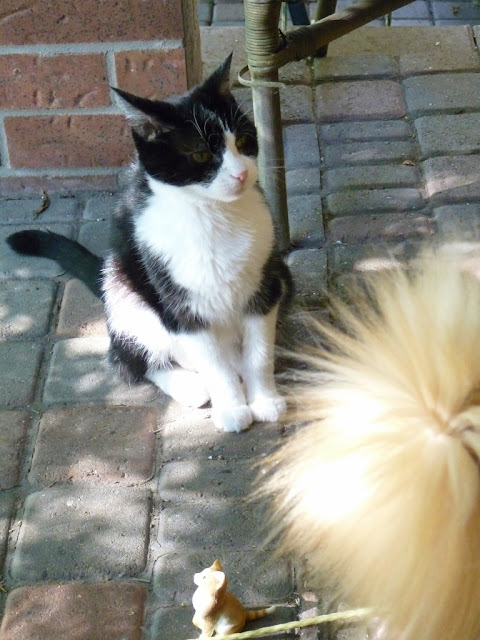 Domino could see he was upset, so this time ... 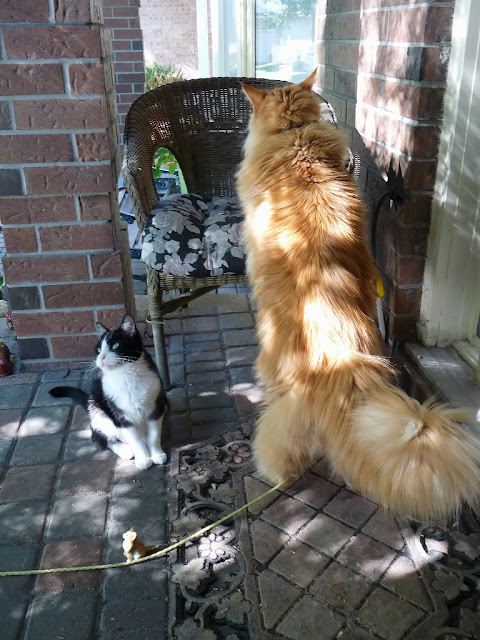 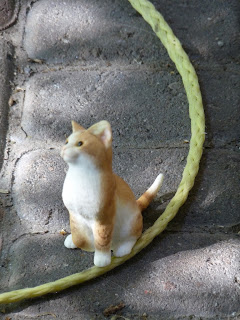 Unfortunately, Little Kitty was now in quite the precarious situation. 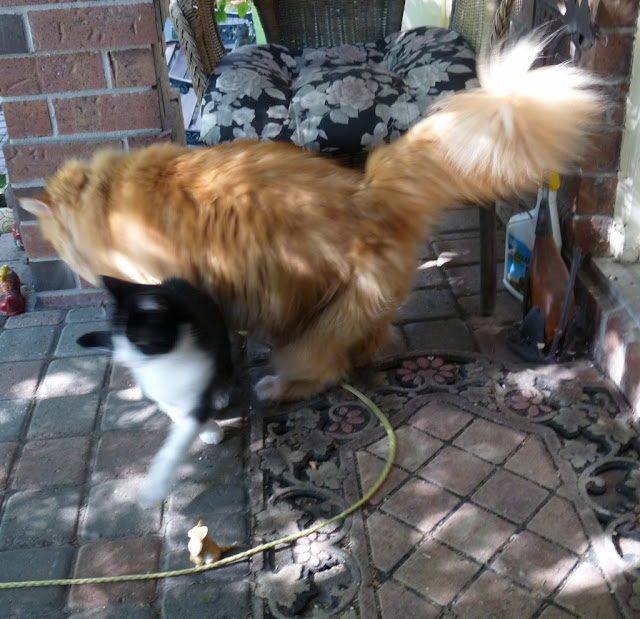 And in one fell swoop, Dante managed to shove Domino aside ... 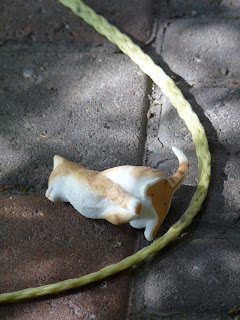 ... and knock over Little Kitty! 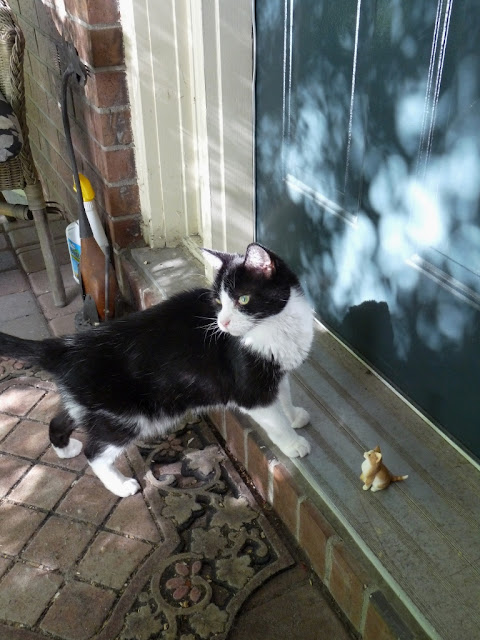 Domino said "OK, c'mon Little Kitty -- yoo an' I will go inside ware it's safe."
So I opened the door and let them both in. 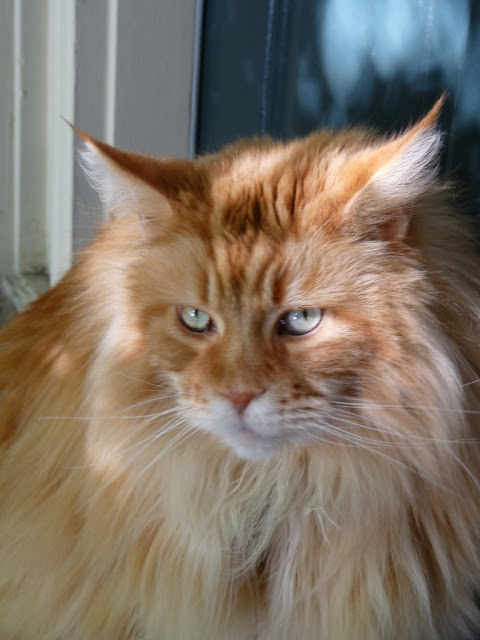 All Dante could say was "Sheesh!"

She is a sweet mother to Little Kitty!

Oh I love that story. Domino has her little Kitten back. That is just too great. Love the pictures. What fun. Take care.

You are sure taking good care of that litle one sweet Domino!

How lovely to see Domino telling Dante "paws off" the little kitten. She was very determined.
Luv Hannah and Lucy xx xx

Who knew such a cute little knickknack would cause so much commotion?

Once a Mommy, always a Mommy!

Domino must have been a fantastic mom in spite of her young age. I believe our Mica Moo was a young mom too. When she plays with my hand, she is so gentle, it could only be a mother's touch.

Awwwwwww! What a sweet story.