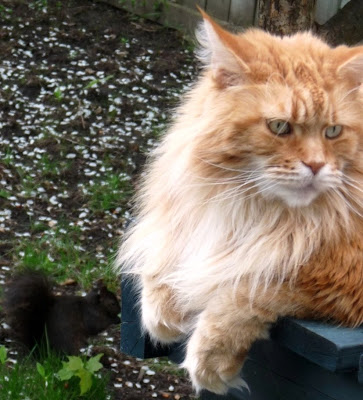 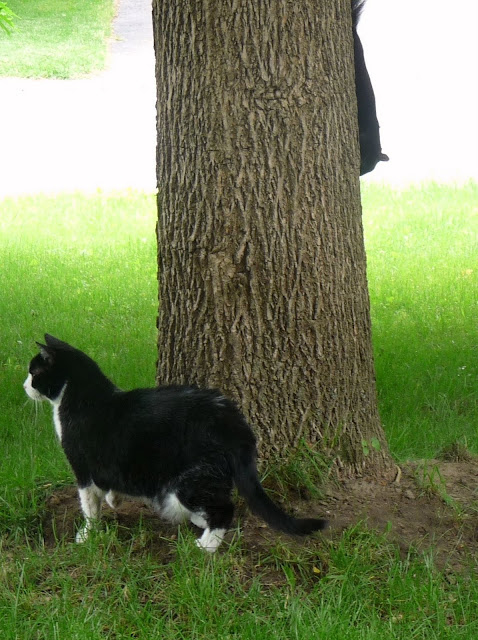 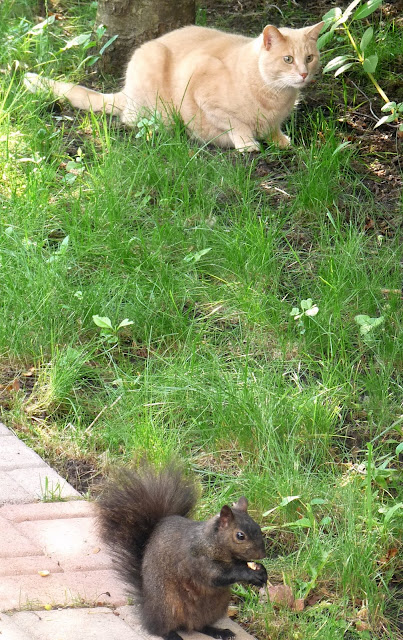 Oh who missed that squirrel?!

We can't believe that evil squirrel isn't scared of all of you!!

MOL!...Don't look now guys, but the evil squirrel is getting away again!...kisses...Calle, Halle, Sukki

OMC! Your human caught you guys sleeping on the job!

Get that squirrel, Dylan!

It seems unbelievable that Dylan is not reacting to that squirrel. Something else must be really interesting.

The squirrel looks very confident! We've heard they're very sneaky and quick, but this little guy looks like he's taunting you!

HAHAHA, You snoose you lose! Mummy loves that phrase so much.
The squirrel is getting further and further in each of the pictures... although he looks like he was coming towards you Domino! mawhawhaw!

Those squirrels are tricky creatures!

Black squirrels are running in your yard and you guys are just lying there? You're just lulling them into a false sense of security, right?

It is so funny to see those black squirrels, they are a riot. Love the action photos. Do you ever get a break from patrolling?

Hahahaha! Domino, we can't believe that squirrel came down the tree *right there* and you had your back turned!!!

You silly things need to wake up and smell the squirrel. There he is. Go get him.
Have a great day.

Hahahahahaha! Those are GREAT!

hey, get that little meniss!

We see so much of that squirrel it should have it's own d-name. What about Daredevil Dan?

Hey you guys, you're supposed to chase the squirrel, not ignore it.

Oh my goodness!! That squirrel is everywhere at once!! Hehehehehehee!
Your TX furiends,

We wondered if the squirrel had put a magic lotion on that made him invisible to you.

That black squirrel is the master of escape- not being caught by the 3-Ds!!! Basement squirrel on a mission! LOVE IT!

Utterly hysterical!! I especially liked the one with the evil squirrel practically touching Dante!