There's nothing like the light from the setting sun as it illuminates the earth (and your cat).  In this photoshoot, we are featuring that versatile mancat of mine, named Dylan, as the sun is just beginning to go down.

These photos are presented in the order in which they occurred.  Dylan doesn't stay put in any one spot for long. 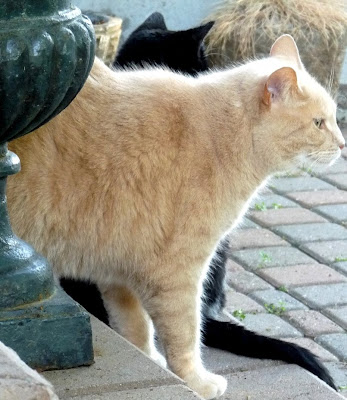 Dylan on the front porch with Domino enjoying the evening air. 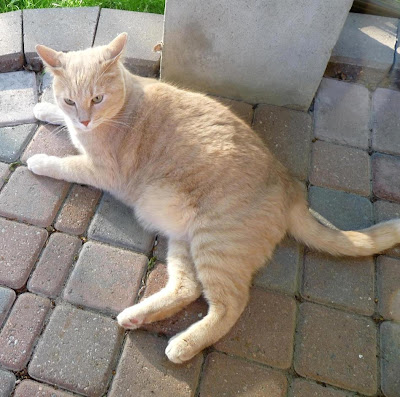 Dylan having a roll on the bricks with the sun just beginning to light up his fur. 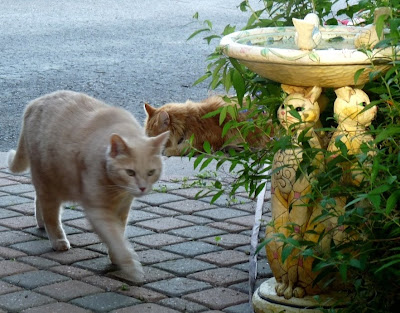 Dylan patrolling the walkway, with Dante in the background.  The sun hits the birdbath just as Dylan passes by. 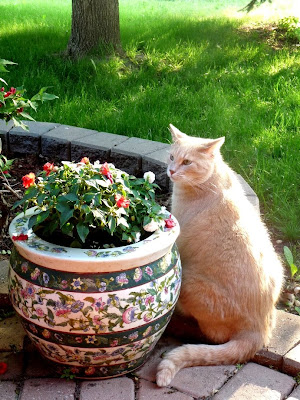 Here's Dylan back on the other side of the yard again, stopping to smell the flowers; backlit by the sun. 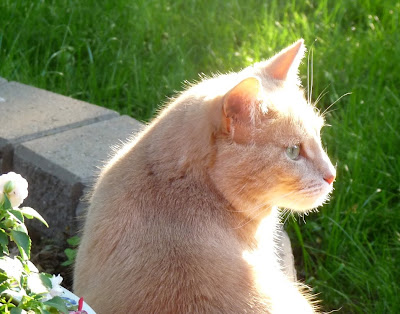 Dylan looks rather angelic as the sun gives him a halo effect. 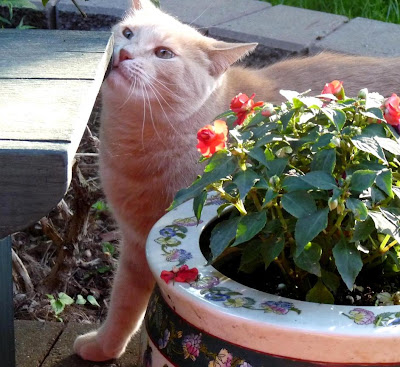 Dylan likes to set his own benchmark ... 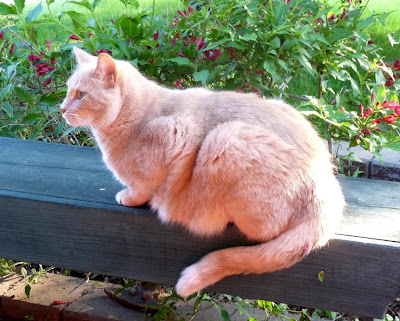 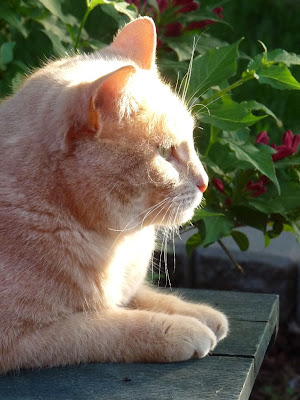 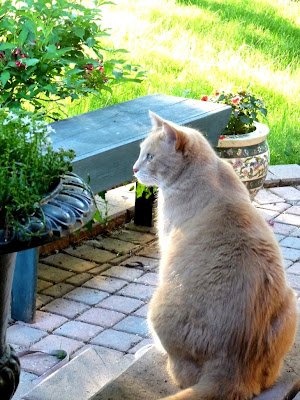 Here, the sun is painting stripes of light on the lawn and lighting up the edges of Dylan's fur. 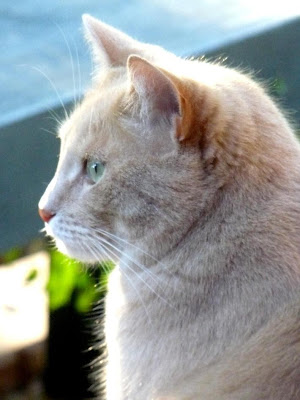 Dylan's got that sun-kissed look! 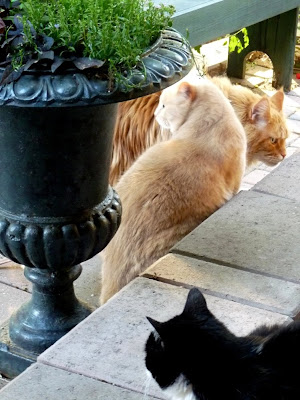 All three of the 3-Ds join in the action, as Dylan takes center stage.
(It's rare to capture them in the same shot.) 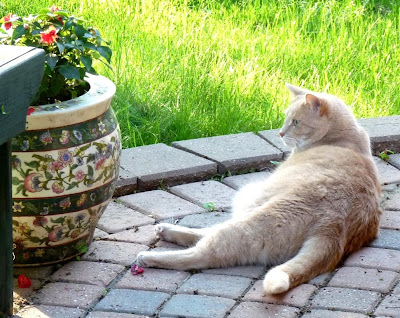 Even though it's Monday, it's been a very good 'sun day'.  Dylan chillaxes as day turns to night. 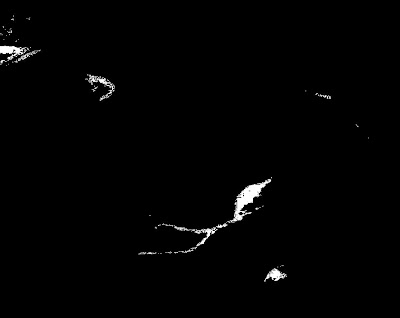 Fantastic Dylan!!! Love the angelic look along with the sun kissed look.

Lovely photos...Dylan is a gorgeous boy and the sunbeams highlight his furs beautifully...Hope your day is filled with fun and love!...xo...Calle, Halle, Sukki

Love all the photos of Dylan. He is quite the gorgeous mancat in every situation.

Wonderful photos of a glorious evening with Dylan! :-)

What a handsome mancat you are Dylan. The sun brings out all the highlights in you fur.

oh Dylan, what a lovely day in the life of a lovely mancat.

Dylan you are always model material!

What a nice stroll in the setting sun. Dylan, we like the way the light turns your furs all different shades of orange, from tangerine to almost brown.

That's a nice series of shots. Of course, Dylan is a great model. :)

Dylan looks very handsome with the sun lighting up his fur.

Wow, Dylan! You look good with the sun on you!!

Dylan you are a very busy boy!

Those are gorgeous pictures of Dylan. He looks so angelic

Cream furz and sunsets- these are a few of my faFURite things! Dylan is made even more loFURly by the angle and hue of the setting sun!

What a handsome boy!