Last week we featured Domino doing her tai-chi in the garden.  Today, you will see that she practises it virtually every minute of the day.  Her moves are slow, deliberate and zen-like. 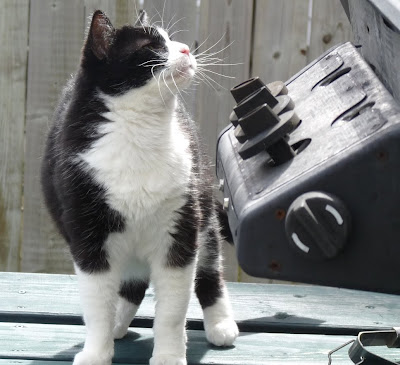 It is early in the morning and the sun is shining brightly.  Domino is looking for a good place to start her day. 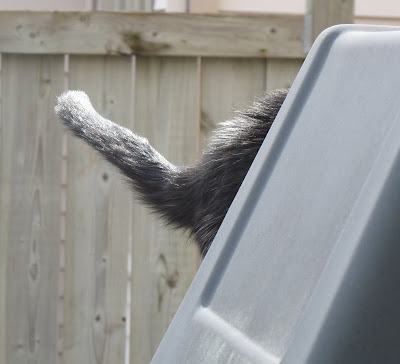 She decides to scale the summit of the barbecue. 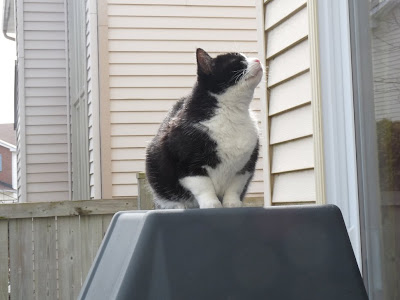 All the better to be closer to the sun ... 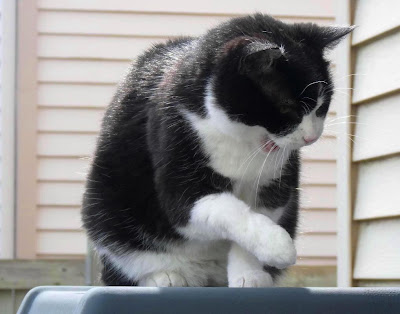 ... and to give thanks to the universe for the bounty in her life. 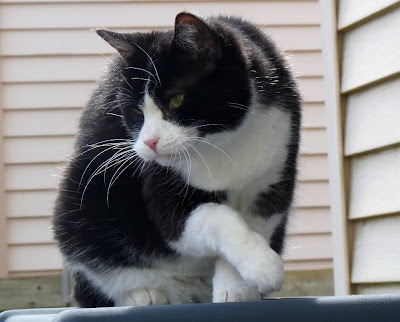 In a moment of reflection, Domino raises her paw in the first of many tai-chi positions she will take up today. 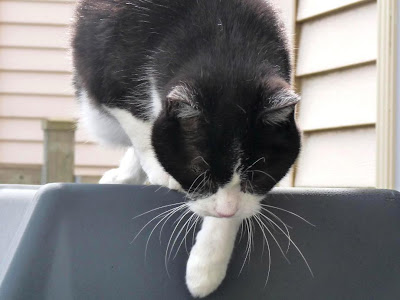 Then, having praised the powers that be, Domino descends from her pinnacle to begin her exercises in earnest. 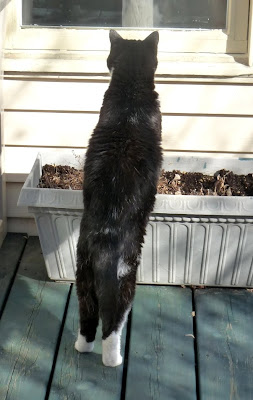 To loosen up, a big stretch is in order. 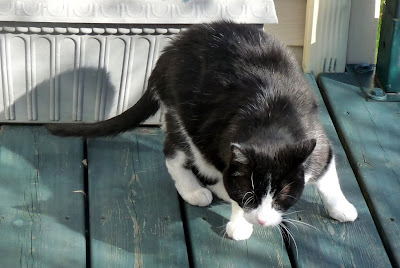 As well as an adjustment to her equilibrium. 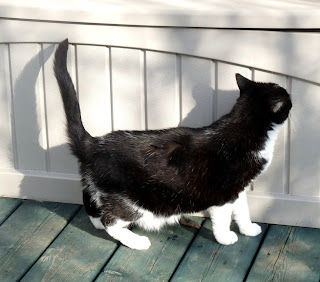 The tail, too, requires some limbering up, first vertically ... 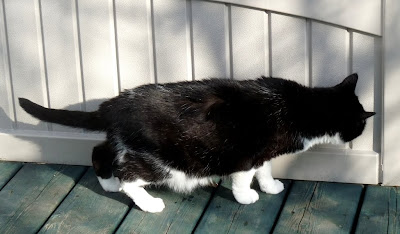 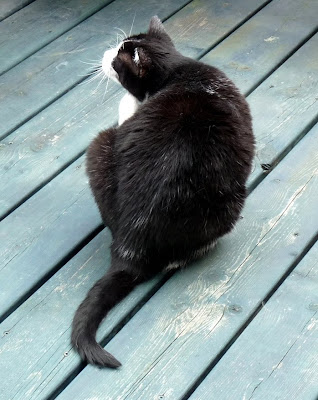 She stretches to the left, back leg lifted ... 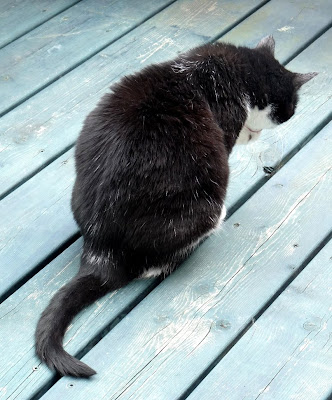 ... and stretches to the right, with front leg lifted. 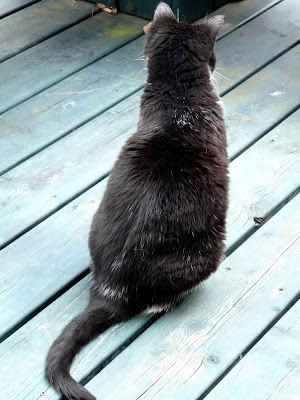 She takes a moment to pawnder her next move. 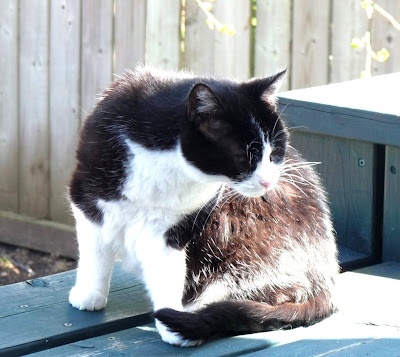 And decides to do some bench presses. 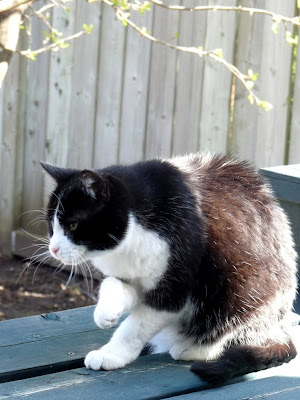 Finally, culminating in the same zen-position in which she began.
As she says goodbye, Domino sends out her love and her wishes for peace, joy and inner fulfillment for all!  We hoped you have enjoyed "Tai-ing one on" with Domino once again.
Posted by CCL Wendy at Tuesday, April 20, 2010

Domino, we feel so calm and centered now, for some reason. :-)

What a limber little lady! Is she going to be teaching classes soon?

Thank you for showing us these incredible moves, Domino! You're gorgeous as always

You've got some great moves, Domino!!!

Domino you are so cute, and so good at tai-chi! We love the pictures because you look very happy and smiley in them!!

The tail limbering up really cracked Momma up! =0) Which made Whitey start meowing and purring. Which made Momma laugh more! Thanks, Domino. We really needed that after yesterday!

wow Domino, you are in great shape!

Domino, you are a great tai-chi teacher; we've learned so many great moves from watching you!...You are beautiful and fabulous, Domino!...Have a happy, peaceful day!..xo...Calle, Halle, Sukki

You are a good teacher Domino. We will practise those positions while we are locked up.

She is so pretty!

We used to do TAI-BO... PURRhaps you should make your own kitteh workout video and call it Tai-Domino... Looks like fun!

What grace you have Domi