Well, today it's Domino's turn to be portrayed, in black and white, dark and light, shadow and sun.

Although there's no Tai Chi lesson this week, her movements are always evocative of this ancient art. 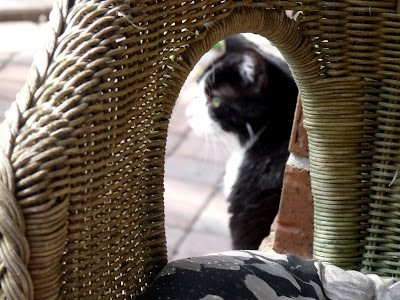 Domino, in profile, through the arm of the chair.  Look how well she matches the seat cushion! 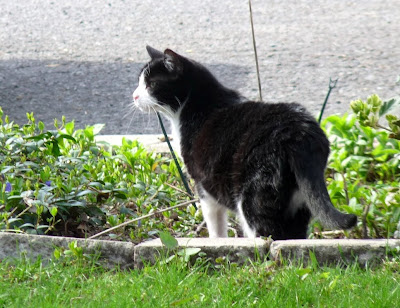 Domino, in the neighbour's garden, which she has claimed as her own. 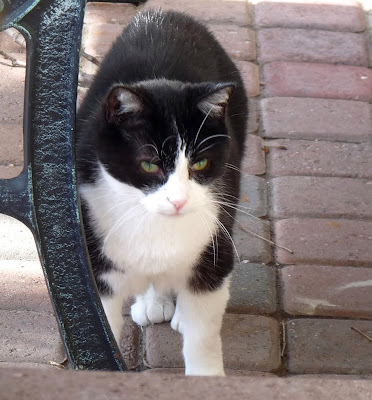 Back home and about to leap up onto the front porch. 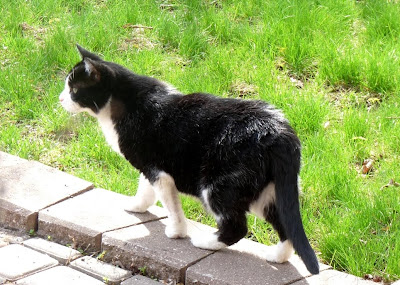 Walking along her own brick road (albeit, not yellow).  There is a certain grace to her posture. 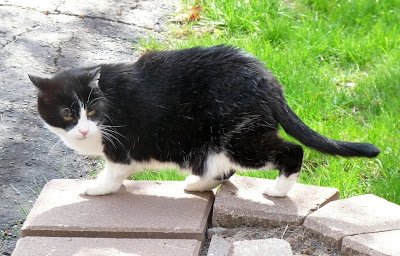 Some disturbance has caused her to look behind.  Dylan, no doubt! 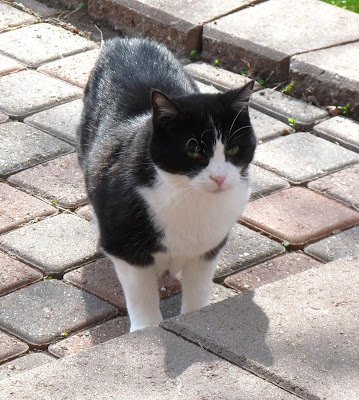 Domino, like Dylan, casts her kitty-eared shadow on the walkway. 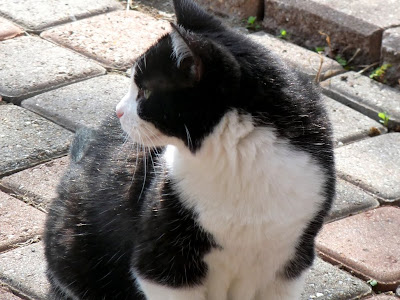 Her modelling instincts are keenly honed.  It's time to stop for poses. (I guess she could stop to smell the roses, but there aren't any just yet.) 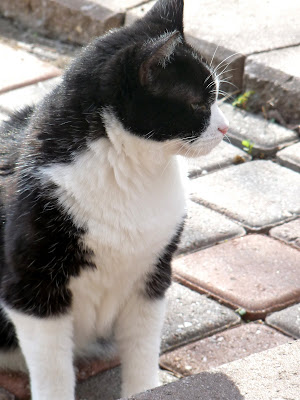 Like any good model, Domino allows you shoot her from all different angles. 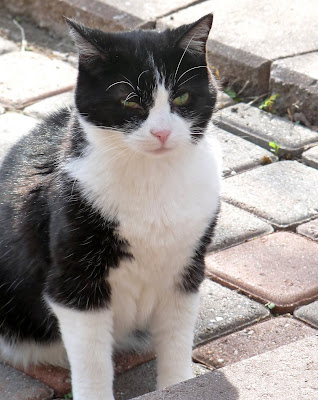 Here, she takes a head-on approach, with cattitude! 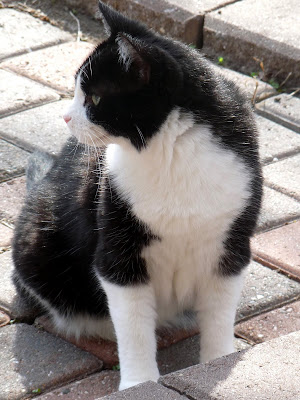 Profiles are always a nice touch, especially with a backward glance.  Dylan's not the only one who has that move perfected. 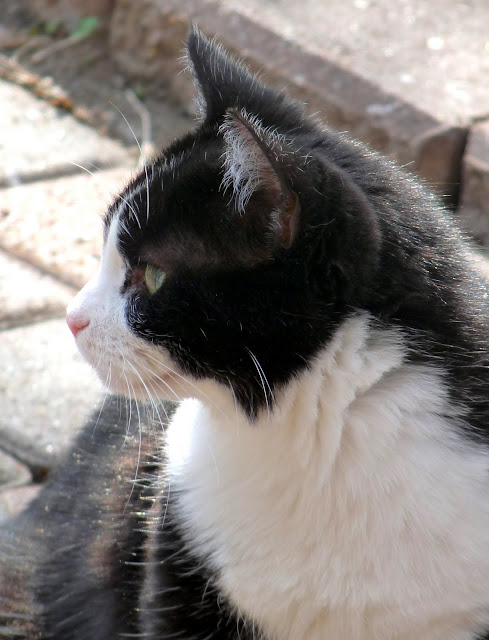 Better yet, the profile in close-up! 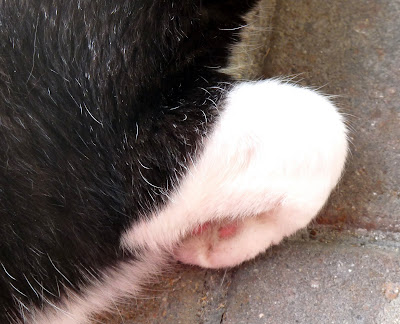 This is one of Domino's signature moves.  She curls her front paws under.  None of my other cats have ever done this.  Do any of yours? 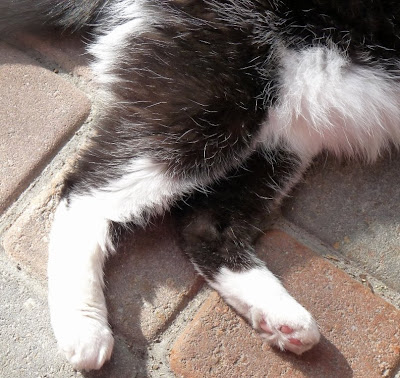 It's Tuesday, so Domino decided to throw in a couple of toesie shots for all you toe fanatics. 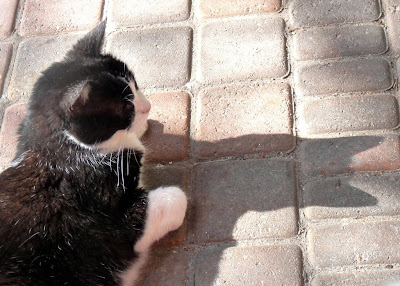 This shot shows Domino's more dramatic side.  Actually, I think this shadow looks more like a bat than a cat.  (Holy Batman!) 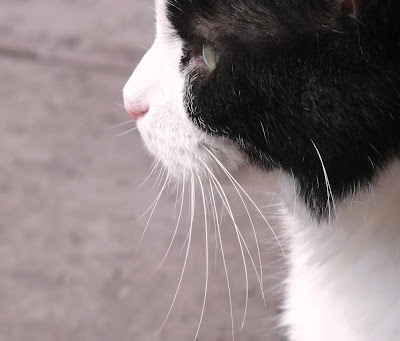 And to finish, a whiskery profile of my feisty girl cat.  Domino clearly rules.
Posted by CCL Wendy at Tuesday, April 27, 2010

She rules alright! She is one beautiful girl, no matter how you look at her.

She is a wonderment!

She definitely rules! We love her dainty little feet and pink toes! What a lovely model she is.

I love her signature paw curl :)

Domino is gorgeous from every angle; we especially like her close up...Girls rule and Domino is a purrfect example!!...xo...Calle, Halle, Sukki

we all curl our paws up, especially to hide them!

Domino has such a sweet and girlish profile!

Lovely close-up. Our Chica always sits with her front paws curled under like that!

Looking good again, Domino. It's always a good idea to have an extra garden, with brothers around.

It takes extra special modeling talent to pretend to stop and smell the roses when there are no roses!

I'm a paw curler too!

Oh and on your LOL the Batman comparison was so funny!

Domino does rule. And we both curl our paws, particularly when we sit like a sphynx.

Domino those are all cute pictures of you!!

clearly! my big sis-ter folds her feets under like that too, Domino, but i don't do it.

Oh, yes!! Miss Peggy Sue does the foot curl all the time!

Miss Domino, every time I see you pose all I can think is "presence!!"