It's a sunny but cold Saturday, and the 3-Ds are enjoying the outdoors despite the lower temperatures.

This series of pictures shows all three of them interacting in different ways. It's rare to get all three in one picture, but I almost succeeded in one instance. Generally, it's only two kitties at a time, or a single.

Domino likes to sit on the cast iron bench, usually beside me, but this time I was on the front porch. The yellow bag contains peanuts in the shell for the little black demons. Yes, I feed them! We have to admit we actually enjoy their antics.

Since there are so many pictures, which I have downloaded in the sequence that they occurred in real life, I'll just let them tell the story of the day. No major events, no chases, just enjoying each other and the great outdoors. 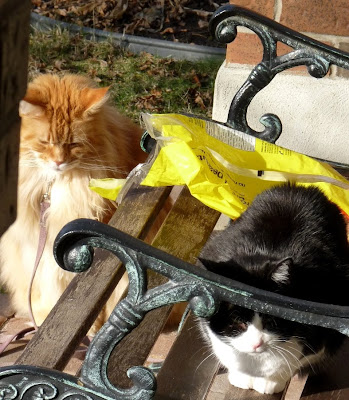 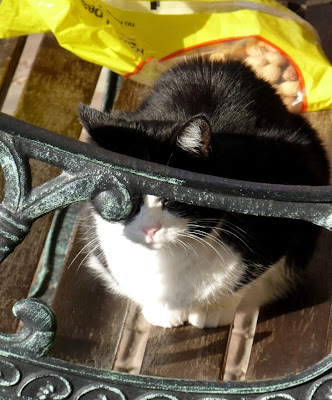 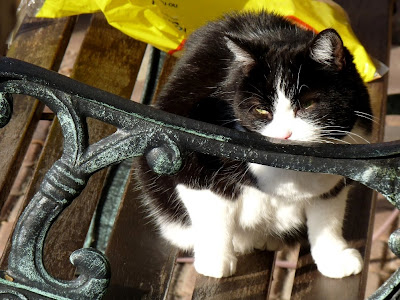 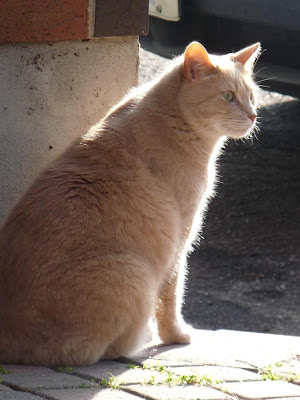 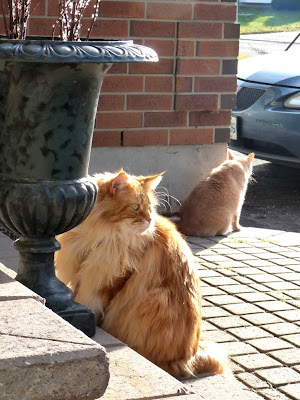 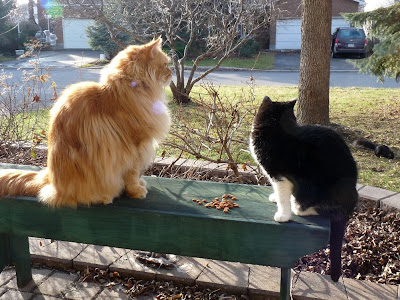 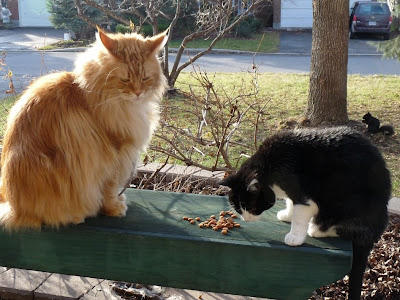 If you look closely at this picture, you will note that there are actually three cats in it. I just caught Dylan's ears at the bottom right. 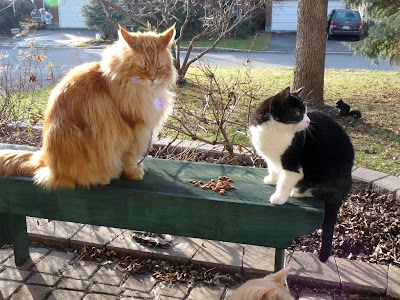 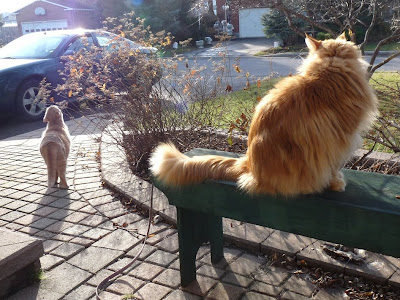 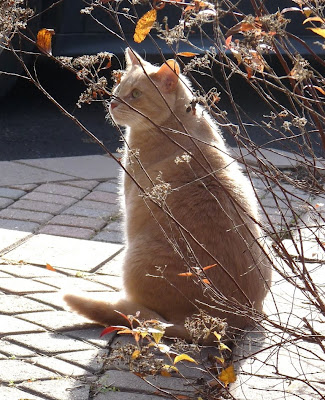 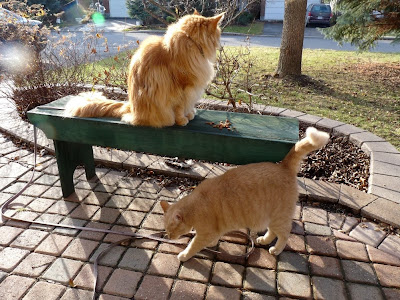 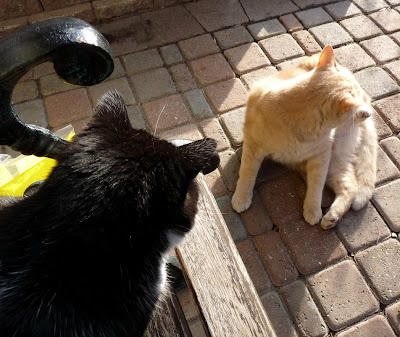 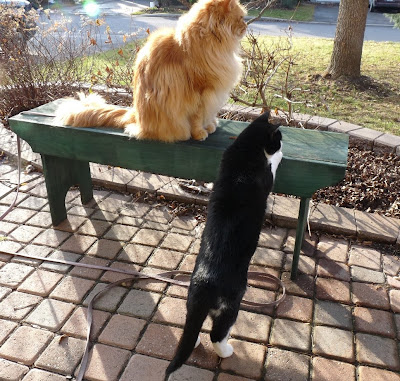 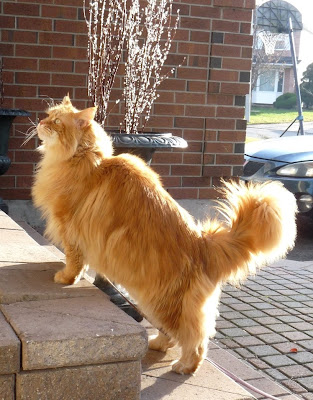 They are enjoying the fresh air.

I just adore these three, they are always enjoying their time outside and look so happy!

Lovely pictures. We're in the deep freeze her (wind chill is 15 degrees)--if we tried this we'd freeze our delicate little toes off! You're lucky kitties.

Lovely photos, but we just can't believe that they just ignore that pesky squirrel behind them. I would have been right up a tree after it.
Flynn

Great pictures. We glad the 3Ds got to enjoy some sunshine today. All we've had is rain!

Lovely pictures. And there was that squirrel again. Must have been a model in a previous life. Or it really wants to become part of the family.

We adore the 3D's. They are lucky to have had outside time in the sun today. We had our first snow and we don't like to go out in it at all.

Your photos are wonderful! Makes us feel like we were there. And Dante, he really has command of the space and camera. He looks like a king reigning over his domain. Doesn't hurt that he's the biggest too. : )

Let the sun shine! The 3-Ds look lovely when they are sunlit!