Dylan's still sporting a 'Movember Mustache' except this time he's dyed it red to go with his outfit of the day. 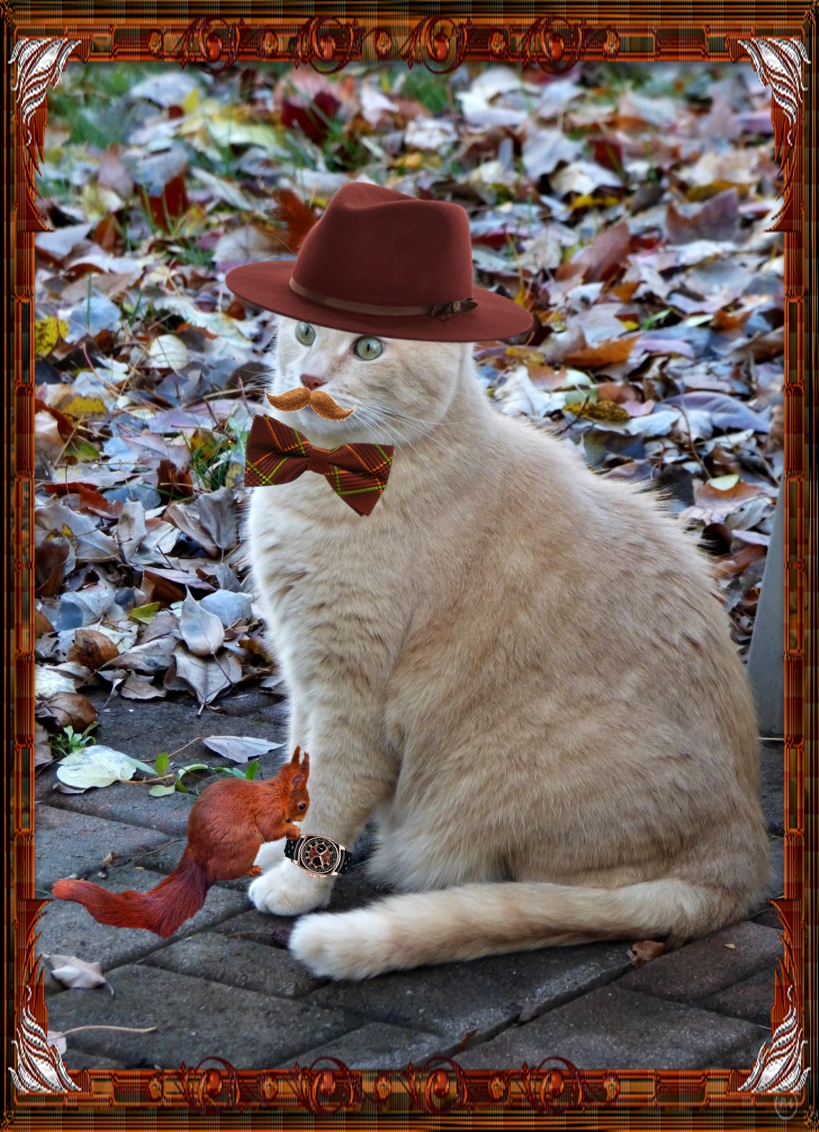 With winter coming, Dylan thought he'd get a 'rust treatment' (rather than an anti-rust treatment, you see).  So, there he is in his rust felt fedora with a rust plaid tie.  And he's put on one of his very best watches, a Roger Dubuis 'La Monegasque' Chronograph.

As usual, Dylan is keeping an eye out for any threats nearby.  He is so intent on looking elsewhere that he hasn't noticed that sneaky little pilFURer at his feet.  By the time he did notice, it was too late because the 'rodent robber' was too far away, already wearing his watch as a belt around its waist! 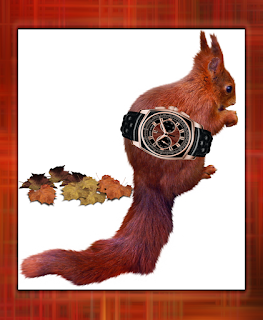 Your so handsome and you sure made us smile Dylan!

That is one sneaky rodent, Dlyan, You will have to start watching a little closer to your surroundings