This is a portrait of Dante and Domino on the back deck in September of 2011.  I used a watercolour effect to, hopefully, great effect. 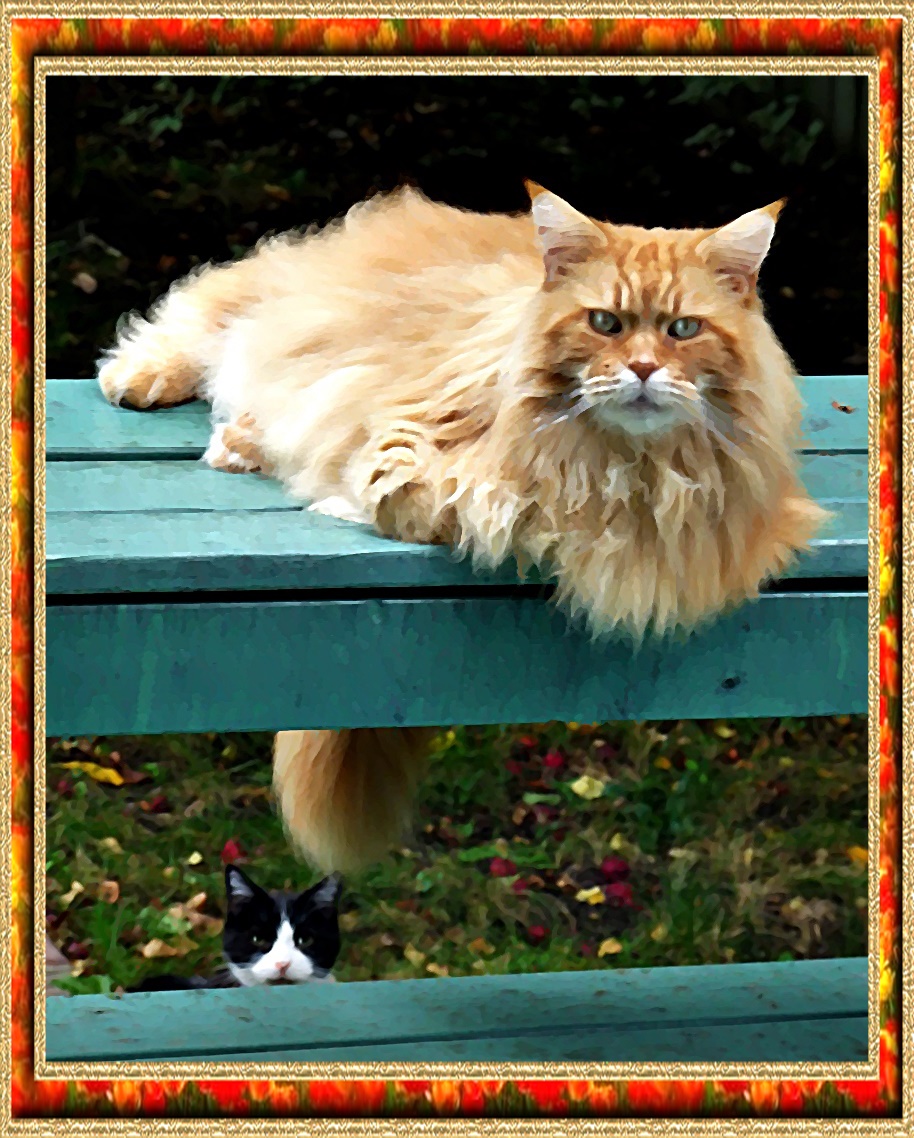 I think it's one of the cutest pictures of the two of them together.  Dante looked quite majestic and seems to overpower the shot, yet your attention is drawn to this little black and white head peeping out from under the deck.

This picture also emphasizes the massive difference in the size between the two.  Why Dante's tail virtually dwarfs little Domino!  Nevertheless, as in life, she dominated him.  Domino was and is a tiny tyrant. 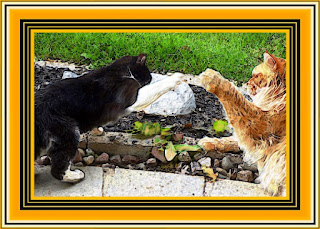 That Domino's a SWAT team all on her own!

That really is a most amazing picture!

This picture is amazing!!!! I love it. Thanks for sharing!!!
Dana